It was tempting for anyone to get caught up in the politics around the recently released Mitt Romney Florida fundraiser video, which included the presidential candidate’s now-infamous comment about the 47 percent of Americans who don’t pay any income tax (and therefore, according to Romney, don’t “take personal responsibility for their lives”). Focusing on the politics, however, often means focusing on the Other—“those people.” Those in various tax brackets (whether rich or poor), those who want to address the economy in a way that doesn’t make sense to you, those who vote for the “other” party.

But rather than ask ourselves what the 47 percent comment says about Mitt Romney (or about the people who don’t pay income tax), maybe we should be asking what such a mindset says about our culture—about us. Because it seems to be indicative of a way of seeing others that systemically breeds hurt, frustration and anger. Take, for instance, how we tend to use the word “work.” We comprise a culture that’s big on demanding that people work really hard at some things, but not at others. We say we value hard work, but what we mean by that is we value work that produces sweat, that turns hours of our days into “hard-earned cash,” that keeps the machine going. We also love to blame people who aren’t doing that kind of hard work—we blame them not just for their own problems, but for our problems too.

We are also becoming a culture that’s much quicker to criticize small setbacks and failures than it is to praise small steps forward. We don’t want to get involved when people need a hand moving in a positive direction—after all, “those people” need to figure out how to do it themselves, so the lessons stick—but we will fall all over ourselves to get involved when we deem some sort of punishment is in order.
This kind of inconsistency shows up in our history too. Americans often celebrate and revere the best of history on a national level, while neglecting to weight the effects of each individual’s personal history. Too often, we fail to acknowledge that where someone grew up and went to school matters; who believed in them and offered sound advice matters; how they were treated when they messed up matters. And you can’t make a fair assessment without looking at the full story.

America prides itself on always catching that first wave of change. We’re a culture that loves to carry on about innovation, progress and the “promise of the future,” but doesn’t seem to grasp the powerful role hope plays in the lives of individuals. We’re quick to write off the futures of so many, and therefore we’re stingy with our hope—we hoard it rather than multiplying and sharing it.

No, this society doesn’t want to really consider an individual’s past or future. It doesn’t want the whole story, let alone the possibility of a new story. It just wants to glance much-too-briefly at a person’s here and now, and then take that information and use it to create unfair, misshapen, categorical lumps that misrepresent truth—not just about the group at large, but about each individual who’s been dumped there.

So we want to be a nation that’s characterized by “hard work,” by changing the course of history with honest sweat and blood? Let’s work every bit as hard at love and compassion as we do at our factories and corporations. Instead of complaining about our social ills, let’s throw our heads and hearts and creativity into a solution—and then celebrate after the good work has been done. Let’s put in overtime listening to and encouraging others, and then let’s value every rich reward that has nothing to do with our bank accounts. If we really admire hard work, we will admire this version of it—the truly hard work of life.

If we want to be a nation that reveres history, let’s be a nation that considers every thread of it, celebrating what’s beautiful but also mourning what’s damaged and broken. Let’s work together to repair those damaged parts, and let’s not promote things like progress and a better future unless we’re willing to go all in. Let’s make it big and inclusive enough for everyone—a whole group of individuals moving forward together.

If we’re not ready to do all that, can we at least recognize all the inconsistencies in our value statements, and stop throwing around words like “work” and “hope” that we seem to believe only apply to some people, in some situations, some of the time? God calls us to a bigger, more transformative way of seeing and working in this world—a way that can be our own, if we’re ready to roll up our sleeves. 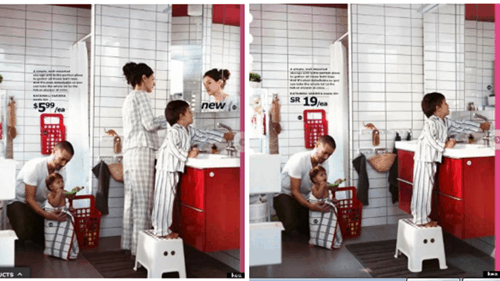 IKEA Takes the War on Women to a New Level 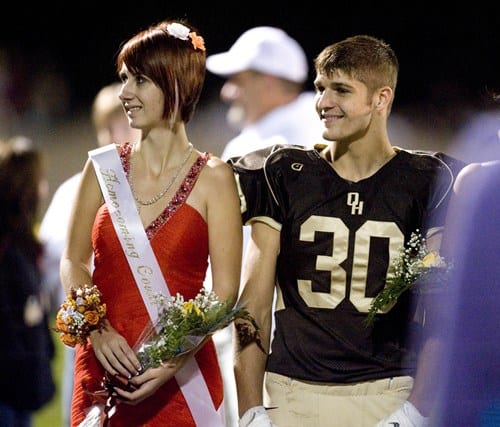