“What do you think of this?” was all my friend wrote me in a private Facebook message with an attachment of an article from People magazine about a young woman, Brittany Maynard, who has stage 4 brain cancer.

Maynard’s doctors gave her six months to live, and she decided to beat the cancer by ending her own life with the help of prescribed medication under Oregon’s “Death with Dignity Act.” She publicly set the date of her death for Nov. 1, saying “I want to die on my own terms.” Her announcement drew a flood of reactions—both from those who supported her decision and those who vehemently opposed it.

After my quick response to my friend’s message, he then asked me what he always asks me about these sorts of things: “Will God be mad at her?” For some reason, this friend has chosen me as the ‘go-to-answer-guy’ for all things religious. He tends to use discussion as way of working through his frustrations with God, or at least his ideas about God, and I always oblige, since his questioning usually challenges me a great deal.

The question is a simple one: Does God condemn those who commit suicide?

But the answer is not so simple. I’ll say here what I said to him: “I don’t know.” I say that not because the Orthodox Church does not have a stance on the issue, but because the issue is multifaceted, not lending itself to drive-by judgments. (For those interested in the Orthodox treatment of suicide see this excellent article.)

A few days before her set date of death, Maynard announced that she felt it wasn’t the right time. But, she said, “It will come.”

For those not suffering from a terminal illness, it’s hard to know what Maynard is going through, and therefore hard to judge exactly whether her choice is right or wrong. But, if I could stray a bit from my friend’s original question, I found something much more interesting in the story: What does it mean to “Die with Dignity?”

In the videos on her site, Maynard gives the impression that dying in pain and suffering—to die not having lost control—is to die undignified.

I like Fr. Andrew Damick’s thoughts on the same article noting Nelson Mandela’s unjust imprisonment as something that spoke a “powerful message of human worth” due to the fact that he endured it with patience. He left prison with a dignity that could never be matched had he not endured what he did.

I also think of my hero in the field of psychology, Viktor Frankl, and his three years of experience in Nazi death camps. He taught the world that people often cannot change the predicaments they find ourselves in, but “what matters is the stand they take—a stand which allows for transmuting their predicament into achievement, triumph, and heroism.” He famously taught that meaning is unconditional and “neither suffering nor dying can detract from it.”

I also think of the innumerable examples of heroism with which Christian saints and martyrs faced down their final moments under some of the most extreme suffering and tortures imaginable.

St. Ignatius of Antioch, imprisoned and in route to Rome where he was sentenced to die by wild beasts in the Colosseum wrote, “No power, visible or invisible, must grudge me my coming to Jesus Christ. Fire, cross, beast-fighting, hacking and quartering, splintering of bone and mangling of limb, even the pulverizing of my entire body—let every horrid and diabolical torment come upon me, provided only that I can win my way to Jesus Christ!”

Not only did he not attempt to avert his impending fate, he charged towards it courage unspeakable. Writing to the Christians in Rome who were attempting to have him released he said, “I must implore you to do me no such untimely kindness; pray leave me to be a meal for the beasts, for it is they who can provide my way to God. I am His wheat, ground fine by the lions’ teeth to be made purest bread for Christ. Better still, incite the creatures to become a sepulchre for me; let them not leave the smallest scrap of my flesh, so that I need not be a burden to anyone after I fall asleep. When there is no trace of my body left for the world to see, then I shall truly be Jesus Christ’s disciple.”

Am I trying to equate stage 4 cancer with imprisonment or Christian martyrdom? No. I am attempting to show that pain and suffering in the dying process need not be equated with an undignified death.

For someone who hasn’t experience the pain that Brittany Maynard is facing, the choice to end her own suffering is impossible to comprehend. But the choice shouldn’t be framed as one of either suffering or dignity. This is a false dichotomy. Suffering can’t rob of us our dignity, because dignity isn’t tied to pain or even circumstance. It’s a quality inherent to lives created in the image of God. Brittany Maynard’s situation represents an issue that Christians should approach with grace and understanding, but also with the understanding that dignity of all human life isn’t based on presence or absence of suffering. It’s based being fearfully and wonderfully made by God who knows our suffering intimately.

Eric Hyde has undergraduate and masters degrees in theology from Oral Roberts University and a masters in Counseling Psychology from Northeastern State University. He attends St. Antony Orthodox Church in Tulsa, Oklahoma, where he lives with his wife and 2-year-old twins. He blogs at ehyde.wordpress.com. 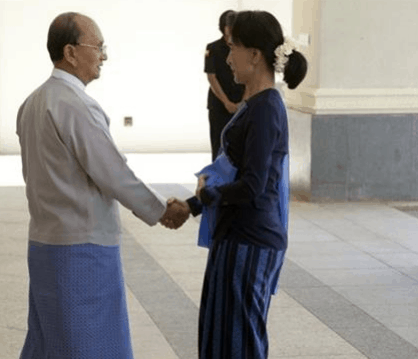 7 Ways to Go to a Christian University Without Becoming Jaded