A survey last year indicated that more than half of Americans believe that the United States claims a special relationship with God. Unfortunately, the survey didn’t require those asked to give any biblical or theological rationale for this belief.

While Christians should not expect those outside of the Church to care about theological acumen, could the Church be at least partially to blame for the popularity of this idea? After all, a great number of evangelical churches hold patriotic-themed services on or around holidays such as the Fourth of July and Memorial Day. In doing so, we seem to be causing blurred lines when it comes to Church and country.

Scripture leads us away from this idea that God has a special relationship with the United States—or any other contemporary nation-state for that matter.

To desire that God enters into a covenant relationship with any modern-day nation is to walk backward in salvation history (Galatians 4:3,9). We dare not go back to the types and shadows of theocratic and cultic orders when we now have the substance to which they pointed (Hebrews 10:1; Colossians 2:16-17). That’d be like paying to see a trailer after watching the movie. Or, it’d be like our returning to animal sacrifices even after Jesus once and for all accomplished the redemption of His trans-ethnic people (Hebrews 10:4-10; Ephesians 2:11-22). More on that later.

God’s covenant relationship with the Israelites in the Old Testament is utterly unique. Yahweh made specific promises to their ancestors (Genesis 12; 15; 17, etc.) and acted in an extravagant way to establish them as a nation through their exodus from Egypt (Exodus 19:4-6). Through Moses, He gave Israel the Law to govern them as a nation, and the Law contained the terms and conditions for their relationship. In short, God would bless them for obedience and curse them for disobedience (Deuteronomy 28). And—spoiler alert—Israel disobeyed continually and in turn received the stipulated curse of exile from the promised land of Canaan.

Israel’s story then climaxes with Jesus. By means of the cross, Jesus Himself took on the curse of exile in order to bring together the nations as one new-covenant people in the eternal promised land of the new heavens and new earth (Colossians 1:19-23).

To want the same relationship for America that God entered with ancient Israel is to want a nonsensical and unnecessary sequel to a movie that already resolved in Jesus.

Don’t Presume When God Has Not Spoken

If there is one thing we can learn from the book of Job, it is not to presume to speak for God. Job’s “comforters” made the mistake of interpreting what they observed about their friend’s circumstances in unwisely simplistic fashion. Job was suffering, so they reasoned that he must have done something wrong to deserve his troubles. The good are blessed and the wicked are punished. Makes sense, right?

However, the narrative reveals the opposite. In short, the book of Job teaches that there is no formula for figuring out the events of life, especially tragic ones. We just don’t have access to God’s agenda. As things go for individuals, like Job, so the same goes for present-day nations. God has His reasons for removing and setting up kings and kingdoms (Daniel 2:21), but we should not claim to be privy to them.

Those who wish to conclude that the apparent prosperity of America means that God owns a special bond with the country are at risk of making the same kind of presumptions about reality that Job’s friends did. And, in case you missed it, those friends aren’t heroes in the Job story; we dare not repeat their naive, karmic reasoning.

When and Where Did This Relationship With America Begin?

Like we saw, God inaugurated the theocratic order of Israel with dramatic flare—complete with plagues, an angel of death, split seas and glory clouds. If He entered into a similar relationship with the United States, then when and where was this special bond established?

Was it when the Pilgrims landed on Plymouth Rock in 1620? Was it when the Massachusetts Bay Colony set out to be a “city upon a hill” in 1630? After the Revolutionary War? Or, better yet, was it when the Judeo-Christian deity handed down the Declaration of Independence to Thomas Jefferson atop Mount Vernon?

OK, so the exact history gets muddy around that last point. But hopefully you see the point. Those who claim a special relationship exists between God and the United States face the impossible challenge of documenting the origins of this holy union.

The Savior Died to Redeem and Establish a People from All Nations, not a Political Nation

As the slain Lamb of God, Jesus “ransomed people for God from every tribe and language and people and nation” (Revelation 5:9). The purpose of the cross was to bring together people from many nations, not to prioritize a single political state.

American adults might love to sing Lee Greenwood’s “God Bless the USA” and cheer about the Red, White and Blue around this time of year, but the children’s song about color holds true eternally: “Red and yellow, black and white, they are precious in His sight; Jesus loves the little children of the world.”

In Christ, there is neither Jew nor Greek, neither American nor Pakistani (Galatians 3:28). Diverse ethnicity and sundry nationality finds spiritual unity in Him.

While the American people might certainly reap the benefits of Christianity’s influence on the world more than others do in some ways, we have no solid or authoritative basis for affirming any kind of special relationship between Yahweh and the U.S.A. 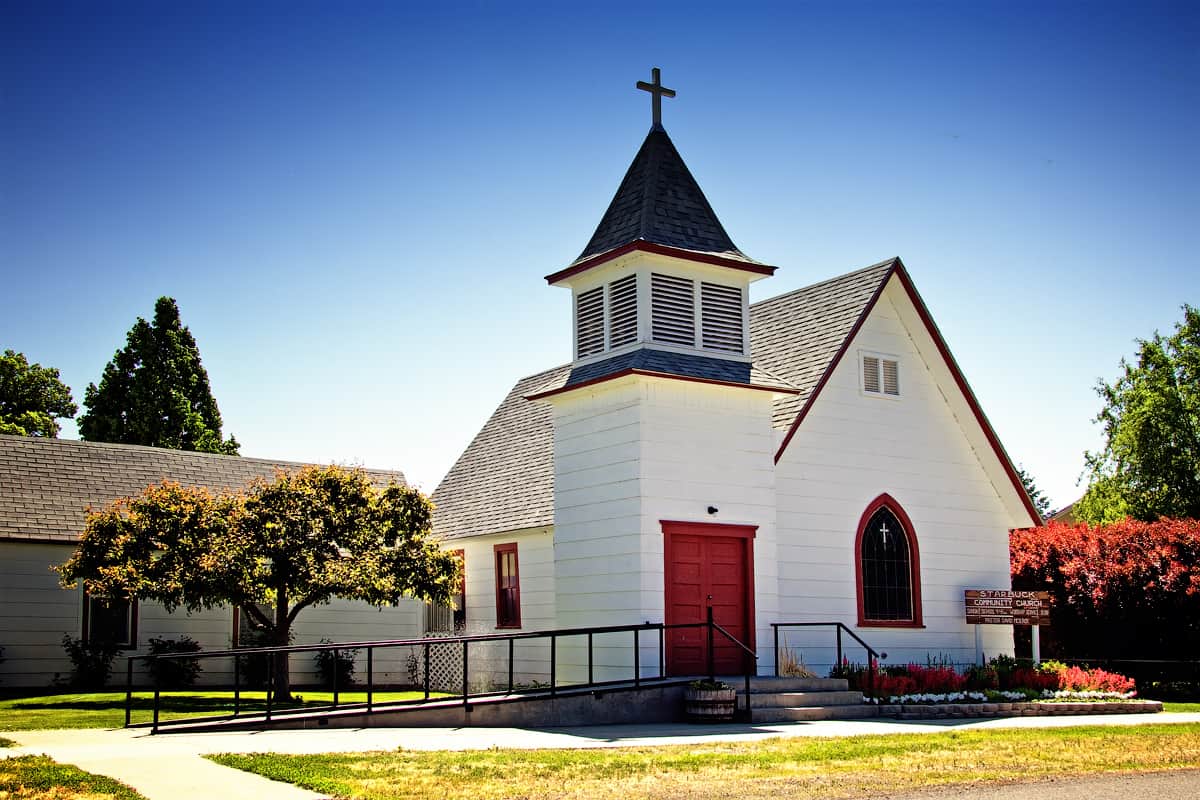