The decade (what are we calling it? Is this the “tens”?) started with a whimper, not a bang. Instead of being the year of flying cars or when we finally got a hoverboard, 2010 was the year unemployment kinda stayed the same, Apple continued slowly turning into Microsoft circa 1996 and Dancing with the Stars was inexplicably the number-one show in America. But fear not: 2011 is here, and we are prepared to make some exciting predictions. These predictions might not make for the most comfortable year, but it sure won’t be a boring one—and they will come true. In fact, we guarantee* it.

After releasing an EP and an album of experimental electronic music at the end of 2010, Sufjan Stevens will continue to expand his musical horizons by releasing a new record exclusively using vuvuzelas in 2011. Titled simply Bzzzzzzzz, the album will consist of 64 minutes of atonal vuvuzela blaring, accompanied by some of Stevens’ most painfully personal songwriting yet. Tracks such as “Seriously, the State Project Was a Joke, Stop Bugging Me” and “Sorry Age of Adz Wasn’t ‘Precious’ Enough for Your Mom” take on a biting tone as Stevens’ strained tenor flits over and through the vuvuzelas’ hypnotic drone. Naturally, the album will go triple-platinum.

Much like the reality show itself, the formula Jersey Shore star Michael Sorrentino has used to achieve stardom is relatively simple. Take the most prolific part of your body (in Sorrentino’s case, his abs), apply a clever, if not bizarre, nickname (The Situation) and laugh all the way to the bank. In 2011, don’t be surprised if you see a few high-profile Christians following The Situation’s lead in hopes of cashing in on their own unique body parts. Some of the year’s best will include Donald Miller naming his fingers “The Jazzmakers,” Jon Acuff dubbing his unibrow “The Singularity” and Joel Osteen referring to his smile as “The Brilliance.”

Silly Bandz Become the Mark of the Beast

Kids are wearing them, schools are banning them and parents are threatening to throw them out if they see one more pile on the living room floor. Silly Bandz, the pre-formed silicone bracelets, have pretty much taken over the world—even the coolest of hipsters have been known to rock them. Like Miley Cyrus, it appears the Silly Bandz fad can’t be tamed … but where are we headed in all of this? Obviously, the Antichrist has abandoned the “embedded microchip” Mark of the Beast idea for a much simpler option. Picture this scene: The Antichrist’s minions break down your door and demand to know who you’re aligned with for the Battle of Armageddon. If that rubber bracelet you’re wearing unwinds itself into the shape of a “666” symbol, you’ll be allowed to live. But if it springs into the unmistakable shape of a Jesus fish, welcome to the tribulation. We just blew your minds, didn’t we? Expect to see Left Behind: Bandz of the Beast on bookstore shelves in time for your summer vacation.

To meet the needs of their ever-aging customers, Urban Outfitters will expand in 2011 by opening Suburban Outfitters stores. Just like Urban catered to the sophisticated, kitschy and ironic tastes of urban-dwelling hipsters, Suburban Outfitters will reach suburbanites by selling goods that simultaneously uphold and mock their way of life. Need a lawn ornament? Look no farther than S.O.’s exhaustive grass decorations section. Need an appropriately suburban method of transportation? Instead of fixed-gear bikes, Suburban Outfitters will carry a wondrous selection of minivans, decked out with ironic bumper stickers like “Baby on Board” and “My Child Is an Honor Student.” And in the same way Urban has a table full of books dedicated to all things hipster, Suburban Outfitters will carry such best-sellers as Look at That [Expletive] Suburbanite and Things I Overheard at the PTA Meeting, along with popular picture books like Banksy’s Guide to Shingling.

2010 wasn’t the first time we’ve seen Christians joining forces to conquer the world, but it does seem to be happening more now. Just last year, the Newsboys released their first album with former DC-Talker Michael Tait on lead vocals, and Stuff Christians Like author Jon Acuff joined Dave Ramsey’s organization as a staff writer. What does that mean for 2011? Here are five predictions:

2. Tony Dungy comes out of retirement to coach the Buffalo Bills and brings Kurt Warner, Shaun Alexander and Deion Sanders with him. The team forgoes cheerleaders for the NFL’s first sideline flag ministry team, introducing their own version of “The Super Bowl Shuffle” called the “Hail Mary Hallelujah Hop.”

3. Rick Warren teams up with Bill Hybels to form Saddle Creek Church, the first church big enough to be its own county.

Chick-fil-A Opens on Sundays, with a Caveat

You’ve been there before. Rolling out of the church parking lot in search of some grub, your stomach puts out a call for Chick-fil-A and your tongue happily co-signs the idea. But when you pull into the empty parking lot, you suddenly remember: It’s Sunday and Chick-fil-A is closed … or is it? 2011 is the year Chick-fil-A puts an end to its almost 50-year old policy by opening its doors on Sundays for lunch. Like all good things, however, there is a catch. In order to sink your teeth into one of their delicious chicken sandwiches on the Lord’s Day, guests must present one of the following items: a weekend bulletin from a local church service, a tithe receipt from your church or an empty communion cup with sticky grape juice residue. Interestingly enough, by opening its doors on Sundays, Chick-fil-A indirectly causes a spike in church attendance, while at the same time creating a seedy underground market for fake church bulletins.

Carmakers Jump on the Geometric Bandwagon

We had the same reaction you did when we first saw it. What in the name of Yugo is that box-looking thing doing on the road? That thing, of course, was the Nissan Cube. And following Nissan’s lead, other carmakers will hitch their rides on the three-dimensional-shape bandwagon in 2011. Honda will be second to the market with their Honda Cone, billed as the first mid-size car to seat the passengers above the driver. While easy to park, it will destroy hundreds of overpasses and parking garages in its first week on the market. Close behind will be the Toyota Sphere, a bulbous-looking pod that will boast the best rollover rating ever. Lastly, in the “close but no cigar” category, Kia misfires when it targets the evangelical community with the Kia Kross. Despite great ratings from Consumer Reports, no one buys the vehicle because it’s named after the implement of Jesus’ death. And also because it gets terrible gas mileage.

*"Guarantee" in this case means "things that will not happen."

This article is excerpted from a much longer piece that appears in the brand new issue of RELEVANT. If you don’t subscribe but want more stuff like this, you can subscribe here. 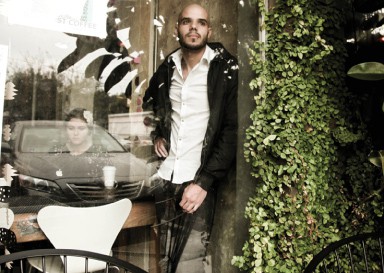