Editor’s note: A version of this story originally ran in 2016 when former megachurch pastor Tullian Tchividjian posted an article, explaining how deeply his own scandal affected him, even leading him to the point of suicide. In the wake of more recent megachurch pastor resignations and scandals, this article continues to offer much to reflect on.

Tchividjian explained, “How did I arrive at that dark place where I actually wanted to kill myself? … What I see now that I couldn’t see then is that this explosion had been building for a few years. The shift from locating my identity in the message of the Gospel to locating my identity in my success as a messenger of the Gospel was slow and subtle … My confidence was severely misplaced: Confidence in status, reputation, power and position, the way I spoke, the praise I received, financial security and success.”

The piece looks at why so many megachurch pastor fall in light of scandals.

Guess what didn’t surprise me at all? The recent “fall” and firing of Perry Noble—for that matter, Darrin Patrick, Tullian Tchividjian or any number of mega-pastors who have been removed from their pulpits and leadership positions for what is referred to as a “moral failing.” In other words, they got caught doing something you wouldn’t want anyone doing, much less your pastor.

If you want the gory details, just Google their names. These kinds of screw-ups will forever dominate the search results of these pastors and their respective churches.

But let’s be really honest with each other, were you really shocked that this happened?

I mean, I get that you never saw it coming and the great sermons and books by these pastors have touched your life—and now, this?! But really, isn’t there kind of a pattern emerging here of big pastors with big platforms crashing and burning? Perhaps it’s becoming common enough that there’s a systemic failure right under our noses?

Let’s talk about why.

Being a pastor is more pressure than you can imagine.

What an average church-going person doesn’t understand about the pressure of being a pastor, I can sum up in one word: currency. You see, most people think the currency of a pastor is his or her Sunday sermon. Now the sermon is important, but any pastor in any size church can figure out how to get through 30-ish minutes with relative success and only light blasphemy.

But Sunday isn’t the currency, it’s the cherry on top.

The currency of being a pastor is the spiritual well-being of people, which is a wholly different perspective than simply viewing them as a dancing sermon monkey. Think about it: Every email they write, every meeting they have, every sermon they give is them doing their very best to make sure that people know Jesus.

Now we know, of course, that it’s not really their job to bring you closer to Jesus. (Hint: That’s on you). But what wakes them up, drives them, scares them and calls them is the spiritual well-being of a whole group of individuals, collectively known as the church.

And so, knowing that the currency is you and me, it’s probably also helpful to note that we are the worst. The. Worst.

And we’re really brutal on our pastors.

C’mon, we are. When the children’s ministry doesn’t do check-in efficiently, we believe the pastor should know. When our feelings are hurt because we don’t have the “voice” in leadership that we think we should have, we complain and manipulate. When our hearts are in the wrong place and we no longer “connect” with the worship or sermon—we shirk responsibility and place blame. In short, the person with the mic becomes the scapegoat—and that is a mortal blow.

Should church be this way? Should pastors feel this weight and even have this kind of pressure in the first place? No. Church was not really designed to be such an institutional behemoth (see Acts). But alas, this is what we’ve got (for now) and as soon as a congregation hits 100, the pressure creeps in and your little home church pastor starts preaching sermons titled “Why Does Everyone Hate Me?” and “I am Job.” When it hits 1,000 the pastor becomes a punching bag for issues they didn’t even know existed.

And when a church hits 1,000 there are enough staff members and congregants that even subtle moves in leadership affect people’s paychecks, trust and lives.

So in our mega-churches, how could a pastor not cave under this stress? With thousands of people clamoring for your positive/negative attention, dozens of staff paying their mortgages with your leadership and literally endless responsibilities—how can they do anything but feel the walls caving in? Which leads us to the next reality…

Being a pastor is lonely.

I once led at a church where the Senior Pastor resigned due to terrible circumstances. It was a soul-wrenching nightmare of a season. As the campus pastor, also known as the Junior Associate Announcements Pastor, I carried some of the weight of walking with the church through the aftermath of our pastor’s derailing. And during that time, I often heard people say, “I miss him so much, I feel like he really knew me.” To which I would reply kindly, “Had you ever spoken to the pastor?” Inevitably, they would reply, “No. He high-fived me at the VBS party, but we never actually met or talked.”

This is so often the life of a mega-church pastors. They are surrounded by people, yet nobody knows them. We think we know them, but we only know what they show—and they don’t show everything. And really, how can they?

If they admitted that their addiction was creeping in again, the people who are best equipped to love them are the same people relying on them for leadership, wisdom, paychecks, etc.

Being a pastor is all-encompassing. Your friends, your co-workers, your church, your family, literally everyone turns into this system of satellites that orbit around your position. So, to ever really be vulnerable would require you messing with the trajectory of one of those satellites, which would then mess with everything else. So it’s you, alone.

Mega-churches aren’t designed to have a human in the pulpit, they’re bred to sustain a celebrity pastor. And a celebrity is a two-dimensional figure who exists to serve the needs of everyone but themselves. It must be a lonely life not really being vulnerable or known.

Which leads to the last pitfall of the mega-pastor life.

Being a pastor is an ego-drug.

Everyone has an ego, and a little bit of it isn’t a bad thing. When my daughters are afraid, I ask them to “say it”, to which they reply, “I’m a brave, strong woman!” They need that voice in their head and we all need that voice that says, “Hey, I’m kinda great!” Yet like any good thing, a bit of it is okay, but a bunch of it is a problem.

Such is the case with the mega-church pulpit. When your pastor makes a joke, 10,000 people laugh—even if it’s not that funny. When the pastor says, “Hey church, let’s do XYZ!”, hundreds of people do XYZ—because of the awesome pastor. What’s more, every single day with every single grocery trip and every single waking moment, people are telling your pastor how fantastic they are. But it’s not just like a normal fantastic, it’s a fantastic that really means, “Hey, you’re famous and I just met you! This is a big moment for me!”

This existence is no sort of life for a pastor. And while I believe there are some ways to guard against this celebrity worship, the truth is that it’s a constant onslaught of temptation that can (and so often does) wreck people from knowing their true, God-given human value.

So what do we do?

Well, some do it well, like Stanley, Groeschel and Warren. But trying to use them as an example is like me shooting four 3’s in a row (never happened, by the way) and feeling equal with Steph Curry. These people are exceptions to the rule, not a means by which to prove it.

Which begs the question: What’s “the rule”? What needs to exist or be stripped away in American Christian culture that gives our pastors a fighting chance of doing their job without turning into yet another mega-cliche?

I don’t think there is a silver bullet answer.

Yes, I wonder if the large church model isn’t doomed. And yes, I think that our Real Housewives culture is bleeding precariously into our sanctuaries.

But no matter the case, we must do whatever we can do make the role of a pastor one that truly allows for a person to be a human. We must do whatever it takes to not allow these men and women to be consumed by our expectations and worship of them. Because when we do this, we kill our pulpit and make humans out to be the gods they were never meant to be.

One last thing: There is a personal responsibility to be taken by the fallen pastor and believe me, they suffer. But to simply read another tweet about another disgraced mega-pastor and think it’s their problem is to ignore the bigger issue. Us.

We are to blame for this epidemic, and we are the ones who must insist that our churches allow everyone to be fully known, fully human and fully under the headship of Christ. 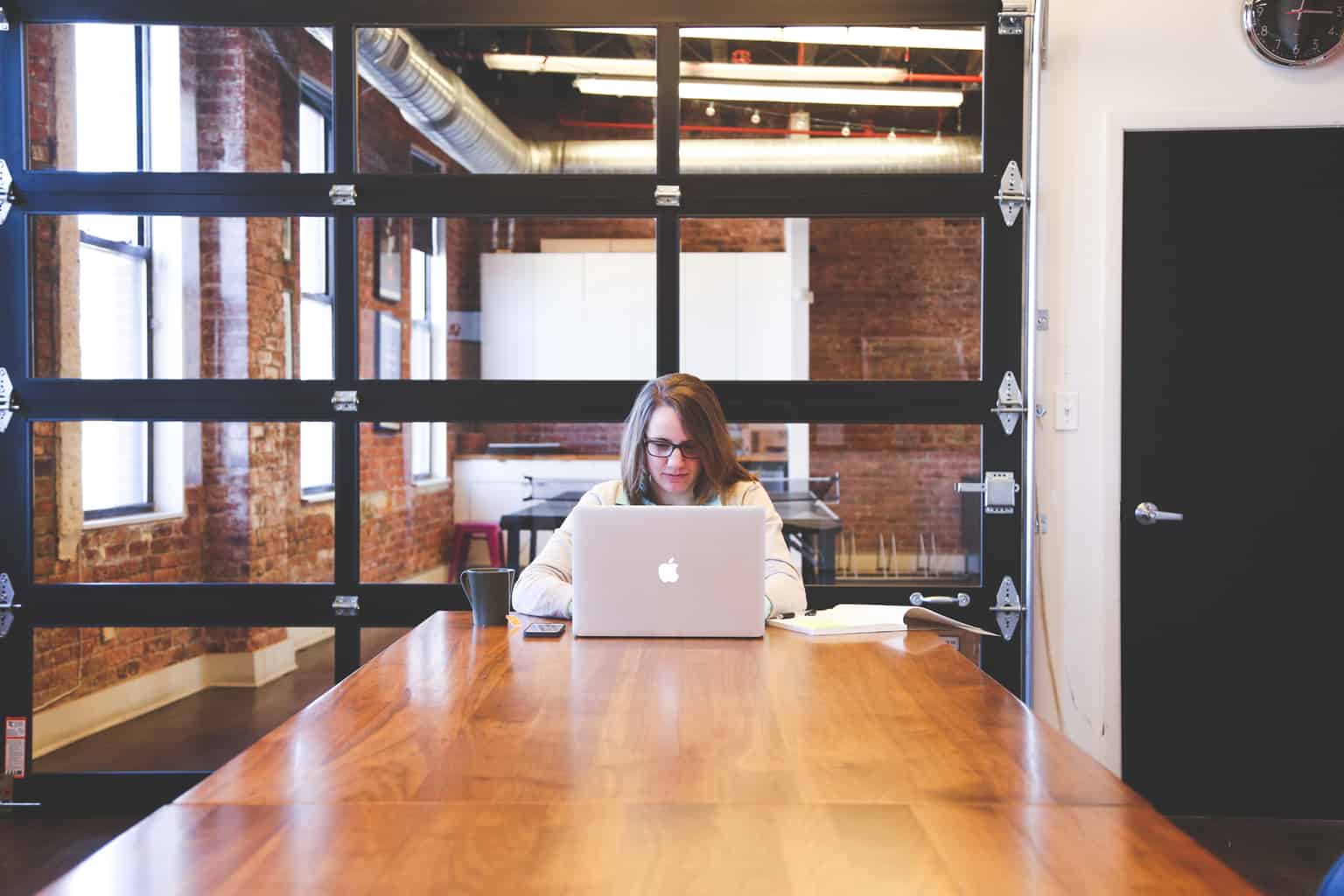 Research Shows That Mom Was Right, You Should Probably Just Be Yourself

How to Really Love Your Political Enemies