At the beginning of this year, I spent a few months helping at an orphanage in South Africa.

Seeing South Africa nearly 20 years after the end of apartheid was a real eye-opening experience.

Despite the formal end of apartheid, its spirit still lingers, spurred on by people’s mistrust, entitlements and prejudices. As the orphanage’s director, Pastor Mike, told me. “Apartheid may have ended, but it still lingers on in the way people live. South African life is still very divided among blacks, whites, Indians and coloreds.”

During my time in the country, I started to realize the change South Africa needed wasn’t so much systematic, but personal.

The more I chewed on this, the more I began to really see that this was true for more things in life than just South Africa. Changing a system is an incomplete transformation. Change must happen on an internal level and on an individual basis.

We deceive ourselves a bit when we hope changing the system will solve our problems overnight. And yet, we often act as if it has the power to do so.

That’s really what we think is at stake when we get so worked up about politics. Depending on who you talk to, Barack Obama is often portrayed as either the savior of America or the one who is ruining the country.

But no matter what politicians you put in place, policies you enact or laws you change, people will be people, and only God can change people’s hearts.

I’m not trying to totally undermine the importance of politics. I still believe it was a very crucial thing that apartheid came to an end, that the segregation laws in the U.S. were repealed, and so on.

But when we view these things as the one-step solution to all of the world’s problems, we trick ourselves—and that breeds all sorts of cynicism, hopelessness and divisiveness. Political changes are simply manifestations of a much bigger change, and our political support cannot be used as a substitute for personal investment.

Perhaps it is tempting to hope for this overnight fix because it is way easier than waiting. Just lobby for the right things and then, problem solved. But if change happens on an individual, internal level, then what is required is an individualized investment in people. Starting early, starting young. Being a presence. Loving unconditionally. And that takes time, energy, love, patience and commitment. It takes being in it for the long haul.

Investing in people isn’t a one-time deal, nor is it easy, and it often won’t feel like the world-changing step that it is. But it is.

The perceived lure of an overnight solution is nothing new. People in Jesus’ time expected a Messiah who would bring a quick, political fix to their problems.

But when Jesus began his ministry, He started not by changing anything at an institutional level or by starting any sort of program or system. Instead, He picked 12 men of unlikely backgrounds and invested in their lives.

After three years, the disciples still asked questions that showed they didn’t quite understand many important areas, despite being discipled by Jesus himself. Yet the amount of investment and presence He demonstrated shows us a way to bring about change that can transform the world.

Transformation is a process, not an event. Change comes from God, and we get to play a role in that process through our relationships. This means it requires trust when we don’t see results and commitment when we encounter resistance.

The reality of the transformation process means there aren’t timetables to growth, and it underscores our call to love people rather than ideals. Societies are reflections of their people, and people are shaped over time—not in an overnight fix.

When I think about the kids at the orphanage in South Africa where I helped, I realize they are on a path right now toward a future that could go one way or the other. Their immediate surroundings invite them into a culture of gangs and violence, but the orphanage offers them a different way. Every teacher, role model and influence they have is so crucial, but watching them grow is a long, slow process.

In the end, long-term dedication to an individual investment is often less glamorous and more demanding than an overnight solution, but its impact is much, much deeper.

Philippe Lazaro (@philippelazaro) lives in Southern California. He is a writer and travel junkie. Some of his experiences include advocating for North Korean refugees through a road trip and spending months in a South African orphanage after an exchange of three short emails. He blogs regularly at philippelazaro.com and is releasing a book in late 2013. 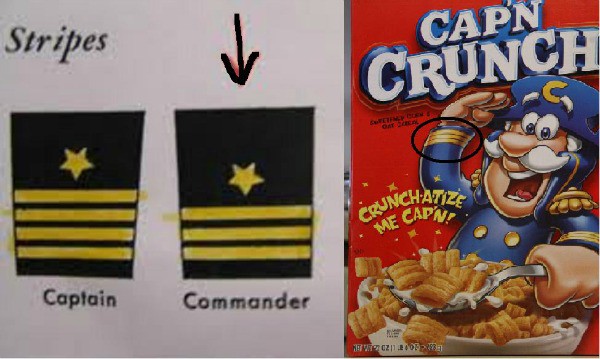 Cap’n Crunch Sails on a Cereal Bowl of Lies [Updated]