For some, immigration is an “issue” or a political hotpoint.

But for Kellye Fabian, immigration is about individuals and families—the faces of which she sees every week. It’s about the undocumented immigrants who attend Willow Creek’s Spanish-speaking congregation, Casa de Luz, or who visit our care center because they have fallen on hard times. Kellye is a lawyer who heads up Willow Creek’s legal aid ministry and gets to know these families deeply as a result.

Many people Kellye meets with entered the U.S. illegally in order to escape desperate poverty. Some came before they had children, so their kids were born here; others brought young children with them. Most live with the guilt of having broken the law and the fear that what they hold most dear—their families—will be torn apart by deportation.

“As a mother myself, this breaks my heart,” Kellye says. “I hate seeing these people live with enslaving fear and being treated like enemies. I wish—and pray—for an immigration system that will enable people like these to come here legally in the future and provide a way for the people I work with to come out of the shadows and live without guilt and fear.”

Thanks to a framework for immigration reform proposed Monday by a bipartisan group of senators—and yesterday endorsed by President Obama—Kellye may soon see an answer to her prayer. The president laid out today a clear proposal for a set of reforms to U.S. immigration laws that aim to be just, compassionate and comprehensive.

So, what is the new reform proposal, really?

These reforms would provide a long-term path to citizenship for most of the estimated 11.5 million undocumented immigrants—including those with whom I have worshiped in Casa de Luz and whose stories Kellye has heard. The proposed reforms would not offer immigrants amnesty that disregards their violation of U.S. immigration law, but rather a process for reconciling with the law by paying a penalty that would allow them to establish legal status. Eventually, if they can meet a series of appropriate requirements, they would be eligible to become citizens of the United States. That path to citizenship is important because it would allow immigrants to become fully integrated contributors in our society, rather than permanent members of a second-class society.

The bipartisan framework for reform also suggests a unique, expedited path to citizenship for those who were brought to the United States as children. While these young people did not willfully break the law, and they may have excelled in high school, they have limited options for college or careers because they lack a Social Security number. The proposed reforms would include provisions of the DREAM Act, a piece of legislation I have long championed, which would allow these individuals to earn legal status and citizenship by going on to college or serving in the military.

Of course, the reforms provide necessary safeguards, including increased and modernized border security, as well as a streamlined system for assuring that people who enter the country on temporary visas actually leave when required by law. The development of an effective employment verification system would hold employers accountable for knowingly hiring undocumented workers and make it more difficult for unauthorized immigrants to falsify documents to obtain employment. While there would be increased access to temporary visas for low-skilled workers during periods when our economy is producing jobs and American workers are unavailable or unwilling to take those jobs, such visas would be limited during times of economic hardship in the U.S.

Why it matters to us now

Having spoken out for many years on the need for immigration reform, I am grateful for the president’s leadership. I’m also encouraged by the many Republican and Democrat congressional leaders—including Senator Dick Durbin and Representative Luis Gutierrez from my own state of Illinois—who have supported similar policies.

Of course, neither the bipartisan proposal released Monday nor the President’s comments yesterday address every component of immigration reform that needs to be fixed. As lawmakers delve into the details of legislation, there will likely be components that some would oppose. However, I believe the senators’ proposal and the president’s remarks provide a broad foundation for members of Congress to work together across the aisle to address this critical issue.

The president mentioned the important role of faith communities in this national conversation—a challenge we need to be ready to take on.

God’s heart for immigrants is clearly revealed in the Bible—and this basic truth must anchor our efforts when it comes to immigration reform. I and many at my church are in the midst of a 40-day initiative called “I Was a Stranger.” We are reading one passage of Scripture each day for 40 days that relates to God’s heart for immigrants and praying that God would give us a discerning heart and mind as we consider this issue. You can join us here.

Scripture affirms that God “watches over the foreigner and sustains the fatherless and the widow” (Psalm 146:9). It also instructs, “Let everyone be subject to the governing authorities, for there is no authority except that which God has established” (Romans 13:1). The reforms the President proposed this afternoon allow us to abide by both.

I have always been challenged by the biblical mandate to “speak up for those who cannot speak for themselves” (Proverbs 31:8). In a democracy, we speak up when we vote, but those who cannot vote—including undocumented immigrants—have no way to speak up. Will you join me in speaking up for them? I ask Christ-followers around the country to join me in prayer, in reading Scripture and in encouraging our elected officials to seize this moment and finally enact just, compassionate immigration reform.

Lynne Hybels, co-founder of Willow Creek Community Church in Illinois, is author of Nice Girls Don’t Change the World and a columnist for Sojourners magazine. 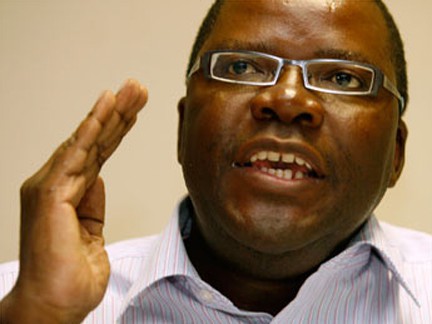 Hostage Situation With Kidnapper in Alabama