Two weeks ago, the Leadership Journal ran an article written by a convicted sex offender that described his sexual abuse of a minor as a consensual affair.

Last week, former students of Bob Jones University came forward with claims that university administrators told students things like “We have to find the sin in your life that caused your rape.”

A few months ago, when Bob Jones temporarily suspended a third-party investigation of their policies and actions concerning sexual violence, the decision garnered national attention—attention that led to articles exposing other Christian colleges with similar problems.

The Department of Education is investigating Cedarville University for possible Title IX violations.

Victims of sexual violence at Patrick Henry College were dismissed by the administration—one was allegedly threatened with expulsion if she reported her attack to the police.

At Pensacola Christian College, more than one sexual assault victim has been expelled for “sexual immorality.”

Why does this happen?

Why does it seem as though conservative Christian colleges might have a pattern of siding with sexual predators over victims?

What the past few weeks have revealed is that many of us don’t understand the nature of abuse—or abusers. While most are aware of the bleak realities of physical abuse, the damage caused by emotional, verbal, spiritual, and marital sexual abuse go largely unrecognized. It is not unusual for pastors in counseling situations to see these other forms of abuse as “marital issues” and treat them as minor—if he isn’t hitting you, they might say, then it’s not “real” abuse.

In fact, some fairly common teachings can even exacerbate this lack of awareness and understanding.

For example, even though many pastors recognize that physical abuse exists, a doctrine known as the “permanence view of marriage” does not allow victims to legally separate from their physically abusive spouse. In fact, one very well known pastor caused an uproar when he recently implied that domestic violence victims should endure abuse “for a season.”

The idea that “submitting” will cause an abuser to have a “change of heart” about his abuse plays right into what abusers want their victims to believe—that if only they could satisfy their abuser, everything would be alright. The unfortunate reality is that abusers make it impossible for their victim to ever “submit” enough.

Abusers, who are frequently charming, charismatic, and extremely effective communicators, are also capable of exploiting the greatest hope and promise of our faith: redemption. They can claim a change of heart and put on a show of repentance, and when their victims resist this display as disingenuous, they are pressured with accusations of “bitterness” and “unforgiving spirits.” Maureen Garcia, in her article “I Married a Sex Offender,” said this:

“I was expected to never be angry, bitter, or wrestle with forgiveness. I needed to heal quickly and quietly. And, of course, I couldn’t ever question his “recovery.” His was a wondrous redemption story, and to question his trustworthiness was to question God’s work in his life.”

The promise of redemption is a powerful thing, and rejoicing when we see this promise fulfilled is beautiful, and wonderful, but sometimes we rejoice too soon. Two years ago, a convicted sex offender was invited to speak from the pulpit of a Florida church, even though he had a long-established history of sexual abuse—he had lost five previous pastorates because of it. That they were required to ban children from the auditorium didn’t stop this church from embracing his redemption narrative.

Other teachings emphasize the common fate of fallen humanity, much like the sexual predator did in his article for the Leadership Journal, when he posited that any youth pastor could “easily” do what he did, even though the predatory grooming and sexual assault of a minor is not an action the vast majority of youth pastors would ever contemplate.

The belief that every person is culpable has prompted the administrations at colleges like Bob Jones to assign at least part of the blame for rape and sexual assault onto the victims of these attacks.

At many conservative Christian colleges, identifying what the victim is responsible for becomes a central part of how administrations interact with them. Counseling processes and disciplinary actions all have a common bent: What do you, the victim, need to repent of? Where are you at fault? While this line of questioning is probably well-intentioned, it is based in a lie that abusers would love for us to continue believing: that victims are complicit in their own abuse.

It is absolutely vital that Christians do the hard work of earnestly evaluating how our beliefs about sin and redemption can create opportunities for abusers. Creation, Fall, Redemption—that is the glorious story of our faith. But Jesus also called for us to be as “wise as serpents,” and the New Testament is filled with pleas from the Apostles not to be deceived by wolves in sheep’s clothing.

is a geek and activist. Currently pursuing a seminary degree, she writes about the intersections of faith and culture.

Report: 90 More Children Have Been Kidnapped By Boko Haram 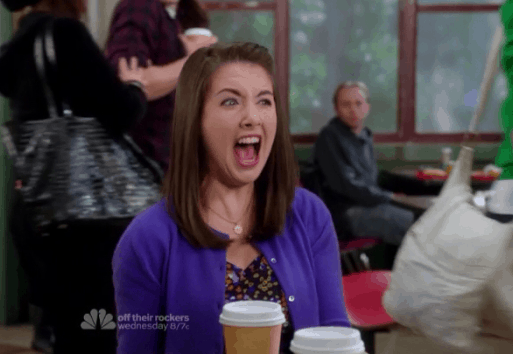 The Exhausting Saga Continues: Hulu Isn’t Going to Save ‘Community.’