Since the beginning of time, human beings have looked to the starry skies. The Greeks saw the gods of their Pantheon written in the stars. Stone Age cultures drew creatures out of the celestial patterns. The Navajos used these night lights to tell their history and story. And thousands of years ago, one of the fathers of our faith looked at the stars, where God showed Abraham hope beyond his own limitations.

Last week, we touched down on one of those twinkling lights. In this historical event, NASA landed a nine-foot-long, 2,000-pound robot named Curiosity on the surface of Mars by lowering it from a flying rocket–powered sky-crane after it traveled 350,000,000 miles through space.

There’s a reason we spent $2.5 billion dollars to send this “Mars Science Laboratory” to our sister planet. The questions are apparent in the robot’s name: Is life unique to Earth? Are we the only ones looking to the stars?

We’ve been to Mars before, but never with the incredible tools that we’ve just drop-shipped across the solar system. With these instruments, scientists will be able to analyze soil, minerals and atmosphere, gleaning clues as to whether life on Mars has ever existed—or whether it ever could. With these new finds, we will be closer to the day when NASA might send a select few brave souls to Mars instead of a robot.

This kind of research and speculation is part of the field of astrobiology. Christopher McKay at NASA Ames Research Center explains, “Astrobiology has within it three broad questions that have deep philosophical as well as scientific import. These are the origin of life, the search for a second genesis of life and the expansion of life beyond Earth.”

First of all, if we find life on Mars, it will probably not be glamorous. It most likely won’t be intelligent. This is not Star Trek, no matter how cool our rover might be. Scientists project that we’ll be lucky if the life we find is even bacterial. The signs scientists are looking for are very primitive in scope. For example, bacterial fossils have been discovered on Earth from ages past—so chances are that if we find something, it’ll probably be similar to this.

But if we do find life, that’s only the first step. The next step (and this is an important one) is to ask how this space life relates to life on Earth. Here are some possibilities.

Possibility #1: Life on Mars is related to life on Earth.

In this case, it wouldn’t really make waves (but it would still be cool). It’s possible that at some point, life was transplanted from Earth to Mars—possibly from a meteor impact. This wouldn’t really have theological implications. It wouldn’t challenge biblical concepts or narratives … unless, that is, both of our planets had a common source of life. (And that is another question for another day.)

Possibility #2: Life on Mars is totally independent from life on Earth.

This possibility has been termed a “Second Genesis” and would have profound impact on both scientific and faith communities. If Mars has a different source of life than Earth, then it would prove that life began from scratch on a totally different planet. If it could happen on Mars, then it stands to reason that it could happen anywhere in the universe. Theologically speaking, this would spark a lot of questions about the creation story, human uniqueness and the scope of God’s purposes. What if the human story of redemption is only part of a larger picture? If God is letting life bloom on other planets, what would that say about us?

I asked a pastor about this: “What would you preach if they found life on Mars?” He shrugged, responding simply, “Isn’t God cool?”

As Christians, we’re part of a long lineage of people who looked to the stars. Some of us stare upward, clueless to the fact that we’re held to the outside of a giant sphere suspended in space. Even the stars can’t help us see beyond our own lives. Our vision can’t escape the gravity of the Earth or our own concerns.

But some of us look up and, for a few moments, see our lives from above. We realize, as Carl Sagan once said, that we live on a pale blue dot in a massive universe. In these few moments, life isn’t about politics, finances or romance. It’s about being keenly aware that we are alive now and that God can’t be limited by our fears, anxieties or obsessions.

In the Gospel of John, a man named Nicodemus comes to Jesus asking about His teachings. Jesus tells him that to see God’s Kingdom, he must be born again. But this word “again” in Greek can also mean “from above.” Jesus alludes that from this new vantage point, we can see God’s Kingdom. God’s unfolding work is impossible to see from the ground—when we’re fixated on the things going on right in front of our faces. But when we’re born from above, we can escape the gravity of our old lives and see the work of the Kingdom spreading across our pale blue dot.

But even if we never get to board a rocket to Mars, we can follow God’s call into new life that is “from above.” The question of life on Mars is still unanswered, but perhaps we can all learn to live our earthly lives better by looking up.

Chris once said, ÒIÕll never be a pastor.Ó Now heÕs in seminary and learning that God has a sense of humor. You can see more of his writing at christopherabel.com and his ramblings on Twitter. 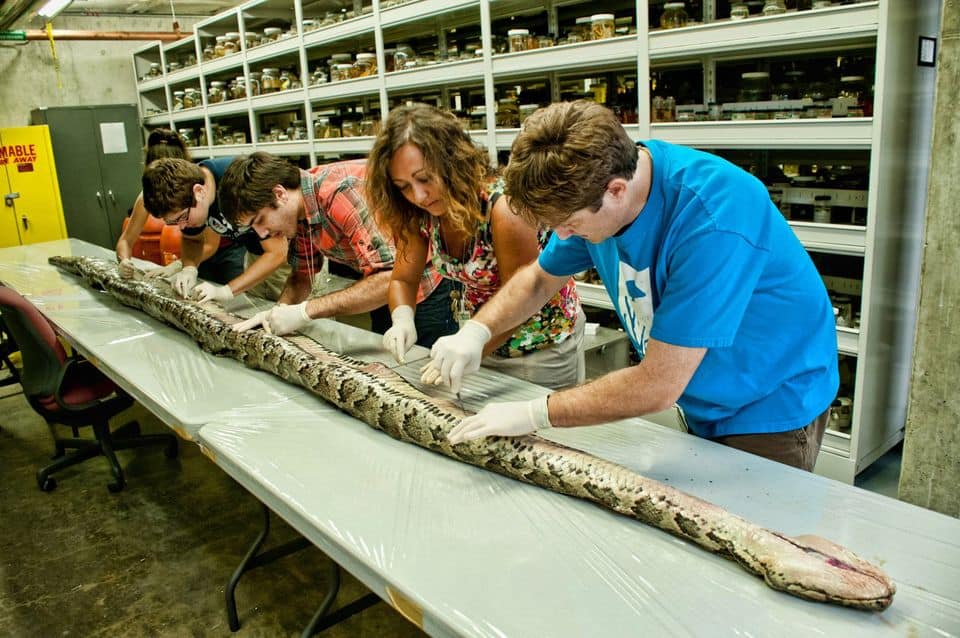 The 17.5 Foot Snake Is Alive and It Is Coming For You 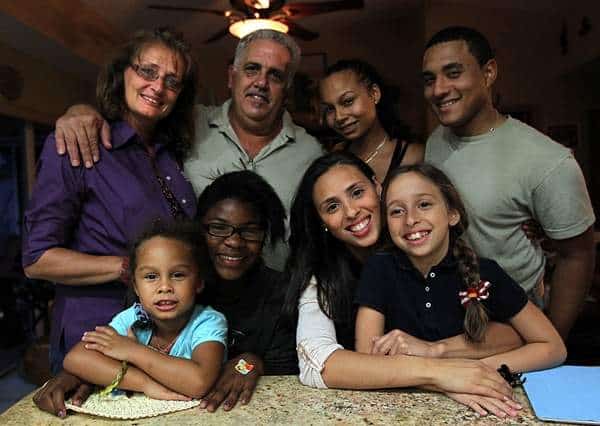