There is something that terrifies and angers many Christians even more than the threat of violence: nonviolence.

When the idea is brought up, many Christians advocate violence with a measure of anger. They claim we have a right to defend ourselves. If someone is coming after them or those they love, they will “take them out.” The assumption is if we kill someone trying to kill us, then it is right.

The trouble with this argument, while it makes sense to many, is that it flies in the face of the historic Church—not to mention the Bible itself.

If anyone had cause to defend themselves, it was the first-century church. The Romans considered the early Christians to be seditious, because they did not offer allegiance to Caesar and the Empire. Rome terrorized Christians by arresting them, imprisoning them, crucifying them, feeding them to wild animals and impaling and burning them to death. In the minds of many Christians today, those early Christians has every right to fight back.

St. Justin said, “We who were filled with war and slaughter and wickedness, have each throughout the earth changed our weapons of war—our swords into plowshares, and our spears into tools for tilling the soil—and we cultivate righteousness, generosity, faith and hope, which we have from the Father Himself through Him who was crucified.”

In the face of imminent threat, the early church chose to abandon the very thing that could have kept them safe. And it was not because they were ignorant to the threat of violence and death. Elsewhere, St Justin said, “In order to not lie nor deceive our examiners, we willingly die confessing Christ.” Many early Christians pursued peace at all costs and willingly gave their life for it.

This same ethic is seen in Paul’s instruction to the church in Rome. He wrote, “Bless those who persecute you; bless and do not curse … Do not repay anyone evil for evil … If it is possible, as far as it depends on you, live at peace with everyone. Do not take revenge, my dear friends … On the contrary: ‘If your enemy is hungry, feed him; if he is thirsty, give him something to drink. In doing this, you will heap burning coals on his head.’ Do not be overcome by evil, but overcome evil with good.” (Romans 12:17-20).

Paul instructed Christians not to fight, and clearly advocated nonviolence—even in cases of self-defense. Today, many Christians seem to dismiss this passage. So many Christians demand we take the words of the Bible literally and seriously until it comes to the many nonviolent teachings of the Bible, then, not so much.

Yet, Paul was insistent: for every act of hate, evil, violence or persecution, Christians were repay it with love, kindness, peace and goodness.

Paul’s mindset leaves little room for violence, and, in my experience, Christians in America have a difficult time making sense of this. Perhaps it’s due to our society being so conditioned by violence that we cannot imagine another way to respond to violence other than adding to it.

Revenge, self-defense and retaliation are normal for us, and, in many cases, considered necessary. It seems the narrative of an earthly, militarized empire has captured the Christian imagination in America. And maybe there’s another reason we can’t make sense of the early Christians in Rome not fighting back.

You see, the early church was made up of people on the margins, and many of us are people of privilege. In other words, we are far more like the Romans citizens enjoying the benefits of an empire than the early Christians who were constantly persecuted. Like the Roman citizens, we have way too much to lose to go quietly.

Maybe that’s why nonviolence is so threatening. It asks us to be willing to give up everything—all our wealth, power, possessions and influence that lend us a sense of self-worth and security and certainty. Maybe that’s why we get so angry at the suggestion of nonviolence; we are terrified of losing what we have worked so hard to get.

So we arm ourselves to the teeth, falling for the longstanding lie told by empires that violence will somehow and in someway bring peace. The idea of laying down our life in the face of the enemy is considered naïve and stupid. We tell ourselves it’s self-defense so it’s justified, and forget Jesus did not say, “Greater love has no man than this, than to protect his friends by killing his friend’s enemies” (see John 15:13).

The rejection of nonviolence makes sense if our chief desire is safety and national security, over and above the good news of Jesus. And we can’t have it both ways. After all, it’s hard to imagine the song the angels sang to shepherds about peace on earth moving forward as we bear arms against those who call themselves our enemies.

While we may want to argue for self-defense and debate whether or not carrying guns can stop those carrying guns, let’s remember this: The Christian faith has long claimed the greatest victory ever recorded was Jesus’ death on a Roman cross. He died at the hands of a violent oppressor and did not fight back. This victory is central to the very faith Christians claim.

Yet, many who claim to follow Jesus use rhetoric that sounds as hateful as the rhetoric from terrorists. Many scapegoat an entire group of people to deal with their fear, and speak in cold and calculated terms about killing men and women who intend to kill us.

Perhaps it’s time for us to work together to imagine new ways in responding to violence. Before we do that, however, we ought to look at our hearts and ask where our deepest commitment and allegiance resides. And in that place, confess that we have soaked ourselves in the doctrine of violence for too long. And repent—think differently—and “cultivate righteousness, generosity, faith and hope, which we have from the Father Himself through Him who was crucified.” 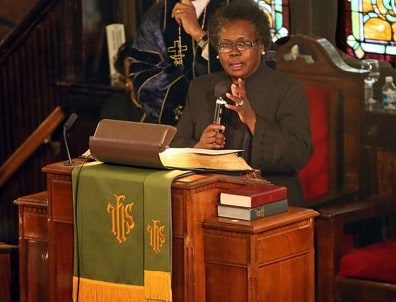 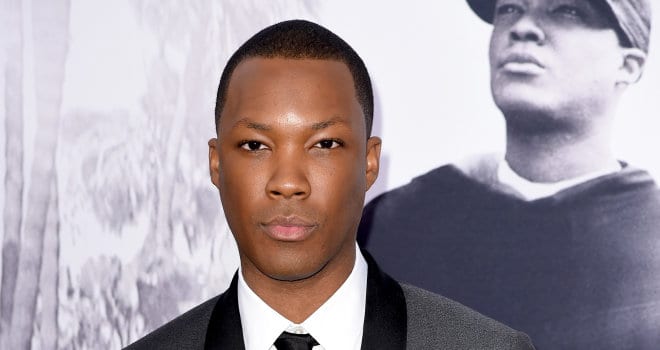