Macklemore and Ryan Lewis express the benefits of buying second hand in their hit song, Thrift Shop. They pick up on the popularity of thrifting in a post-recession market, and they do so with humor and surprising insight. Thrifting is fun. It’s a great way to clothe yourself without spending very much money. And in a society that increasingly prizes individuality, you’re sure to look like no one else (except Grandpa) when you spend your cash on an inevitably odd assortment of donated items at your local thrift.

But thrifting is also the moral choice in a “fast fashion” consumer culture that strips the earth of resources and people of their dignity to meet our insatiable demand for more. It’s time that we take responsibility for our purchasing power. It’s time that we’re made aware of how our weekend hauls at the mall impact and exploit workers at the foundation of the retail chain.

US News and World Report recently published an article clearly hashing out the ethical implications of the “fast fashion” market. In the piece, Lisa Chau reveals that the contemporary consumer, more often than not, relies on the convenience of cheaply produced, throw-away goods made available by large, international retail companies. This culture propagates not only increased materialism at a risk to factory workers, but increased physical waste, piling up at an alarming rate. Unfortunately, very few Americans, and even more unsettlingly, very few Christians, have stopped to consider that buying clothes at low quality and low cost exploits millions of people who break their backs to make the garments we discard without a second thought. God so loved the world that he sent Christ to redeem us. That means that every human being on the planet matters, and should matter most to those of us who live to emulate Christ’s obedience and grace.

Retailers have begun, at the urging of an ethics-minded consumer movement, to post statements about factory conditions on their websites. But we must continue to be wary, because when a company explains that it follows the laws of the country of manufacture, that says nothing if the national standards are low. U.S. retail brands actively choose to open factories in nearly unregulated markets in order to maximize profits. Even charity-minded businesses are less than explicit about their production practices.

The recent collapse of a garment factory in Bangladesh that killed over 700 people is appalling—though it is unfortunately not unique. A Bangladesh garment factory blaze killed 112 people last fall. Dozens of women have reportedly been raped in a Jordan-based factory that supplies clothing to major retailers like Target, Wal-Mart, Kohl’s and Macy’s with no charges brought to their rapists. And in January 2012, as reported by The Telegraph, 150 Chinese workers threatened to commit suicide from the roof of a factory that produced Apple products; in 2010, 14 workers did kill themselves.

We may be worlds away, but we are implicated in these atrocities when we fail to consider that our demands as consumers fuel poor regulation.

Christians in particular can no longer, in good conscience, tolerate the heartless justification by many first-world consumers, Christians among them, that any work is good work, that American companies are really doing a good thing by providing jobs in poor regions around the world. It is not moral to take the easiest path. American and other first-world consumers have the power to demand fair working conditions for factory workers employed by international corporations. We are the target market and our say matters. If we truly believe that we’re entitled to fair wages, safe work conditions and reasonable work weeks, then we cannot in good conscience expect millions of people to work at high risk for little pay by supporting the companies who employ them. This would reveal a startling prejudice. By our actions, we would imply that the lives of millions of human beings are less important than our own right to frivolously spend.

Our discussion on human rights has barely scratched the surface. But there are other reasons to pull out of the fast fashion market. At the end of the consumption assembly line, we pollute increasingly limited public spaces by discarding past-season or low quality items in landfills by the truckload.  Meanwhile, cotton growers rely on pesticides and toxic processing to produce raw materials quickly and at low cost, putting both farmland and human lives—from farmer to swaddling, suburban infant—at risk.

Buying secondhand avoids not all, but most of the problems associated with our current consumption culture. Yes, of course fast fashion items will find their way to the thrift store racks, where we seek to make ethical purchases. But by pulling out of the fast fashion market directly, we boycott poor work conditions in acknowledgement of human life, rights and dignity. By buying secondhand, we also reduce demand for new products, thereby reducing waste and pollution. We halt the uncontrolled greed within ourselves by shopping with intention. We respond to Christ’s call to care for the downtrodden. We learn discipline.

Of course, in a world free of unethical companies and poor labor practices, the thrift store is no longer a solution. If indulgent consumers stop donating, the secondhand model fails. Ideally, we will turn from mindless consumption; companies will produce high quality garments with respect for their employees and the earth, and consumers will only purchase as they have need. But in the meantime, we have the moral imperative to pull out of the fast fashion market to the extent that we can. We, too, have a responsibility to future generations to un-clutter the world by reusing and recycling donated goods.

Determine, “therefore, as God’s chosen people, holy and dearly loved, [to] clothe yourselves with compassion, kindness, humility, gentleness and patience” instead of deceit, greed and strife (Colossians 3:12).

Not to mention, of course, you’ll make Macklemore proud.

Leah Wise received a degree in Religious Studies from Florida State University. She lives in the foothills of the Blue Ridge Mountains of Virginia with her grad student husband and pet rodents. She blogs on fair trade issues in the clothing industry at stylewiseguide.com. 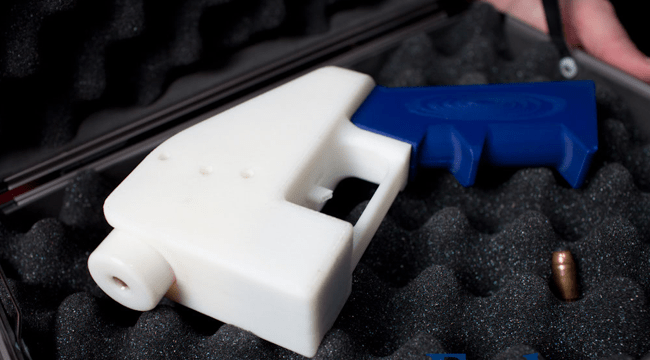 A Scary Look at the World’s First 3D-Printed Gun

Vampire Weekend’s New Album Is Playing For Free on iTunes