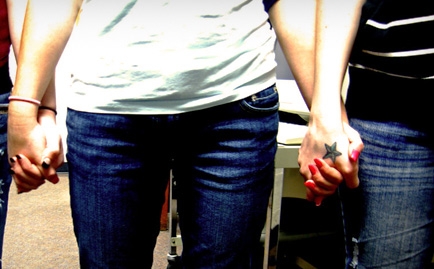 Christianity looks at times to be more fractured than everthese days, with all sorts of big and small things causing great discord in the Church (see our list of the six biggest things dividing Christians). But this is only half of the story. There are also a good number of thingsbringing Christians together in the positive direction of unity. Beloware six things that act as potential unifiers in the current trajectoryof the Church.

1) Secularism. This is bringing Christians togetherin the “common enemy” sense. As the Western world becomes increasinglypost-Christian/secular, denominational squabbles and petty infightingwill seem more and more secondary to the primary challenge at hand: apopulace increasingly averse to believing in any sort of supernaturalcreator. People of faith are going to find that faith itself is under attack, and those who believe will have to bandtogether—ecumenically, transdenominationally—if they want a culture ofbelief to survive at all for the next generation.

2) Service. Here’s something almost allChristians can agree on: We are called to service. We are called toserve our neighbors and respond to need. The term “social justice” might divide some, but the core impulse to respond with compassion to localand global humanitarian needs is a tie that binds Christians of almostevery stripe. You see it in the way Christians mobilize in response totragedy; you see it in the huge amounts of aid that Christian nonprofits regularly distribute and in the impressive (though still not impressive enough) percentages of people of faith who give to charity. We maystill differ on the means and the politics of it, but the coreprinciples of Christ-like service bring the Bonos and the Billy Grahamsof the world together.

3) Creation care. This might be a stretch, but creation care—a heightened sense of the importance ofenvironmental stewardship—is one area where we can find a growingconsensus among Christians. Long the terrain of liberal “progressivism,” "creation care" is now a term you can hear championed from conservativeBaptist pulpits in Middle America. Whether man-made or natural, globalwarming and deteriorating environmental conditions are causing all sorts of Christians to consider the morality of sitting idly by while thefuture flourishing of creation is thrown into doubt.

4) Technology. I sort of hesitate to include this,because clearly some aspects of technology have and will continue tocause havoc and fragmentation in the Church. But no optimistic forecastof Christianity’s ideally unified future would be complete without a nod to the promise of technology, which includes things like Internetevangelism (reaching previously unreached geographic locations viatechnology), networked blogs, online communities and the ease ofinformation-seeking (theological resources, Bible studies, preachingtips, etc.). The Internet has made it easier than ever to connect withothers who share a belief, and while this can indeed be a two-edgedsword, it can also be a great boon to a global church of isolatedpockets of believers longing to connect, share resources and chargeforward with wiki-fortitude in an increasingly hostile world.

5) People like Tim Keller. I don’t want to throw the whole heavy burden of unity on one man’s shoulders, but I do think Keller—author, church planter, public intellectual and NYC pastor—is amodel for the sort of Christian leader who will build consensus andspark enthusiasm among a diversity of Christians in the years to come.Why? Because Keller manages to combine a commitment to sound doctrineand orthodoxy with a creative and daring spirit. Because he is a trueintellectual, clearly loves academic pursuits and reading books and isable (and willing) to quote Sartre and Susan Sontag in the same sermon as a reference to So You Think You Can Dance. It is figures likethis—who can ably combat secularism by gracefully embodying a robustintellectual and culturally astute faith—who will inspire wearybelievers and win over new ones in the years to come.

6) Resurrection hope. Though eschatological systemsand interpretations of Revelation will doubtless continue to divideChristians until the end of time, one thing does and will continue to be agreed upon by all Christians: There is reason for hope. However it all shakes out in the end, a few things are agreed on by pretty much everyChristian. 1) Christ will return and reign, 2) Evil will be defeatedonce and for all, 3) Justice and peace will abide, 4) The dead in Christ will rise, and 5) a new creation will ensue. In a world of seeminglyincreasing anxiety, terror, sickness, tragedy and meaninglessness, thesort of resilient hope that defines Christianity will be a true mark ofdistinction and unity for believers of all sorts.

What else do you think will bring unity to Christianity?

In the Seasons of Unchange