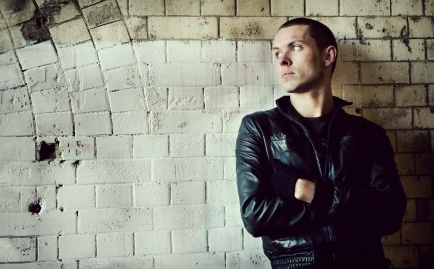 I did an interview today and was asked about how I make decisions regarding helping others. I told the interviewer if I encounter somebody in need but don’t feel like helping them, I usually don’t. It sounds terrible, doesn’t it? But I explained the reason I don’t is because there are plenty of people I actually do feel like helping. And each of us only has so much time and so many resources, so I can’t choose both.

If I help the people I want to help, I’ll actually follow through, they will sense my sincerity, and the whole experience will be more enjoyable for both of us.

Not only this, but if I help the other person out of a sense of duty, I’m not so much helping them as I’m trying to get rid of my negative feelings of guilt or responsibility. My reasons are marginally selfish: I want to stop feeling guilty.

So, here’s how I choose where to serve, based on trying to serve for the fun of it and the love of it rather than the “ought to” of it.

1. I try to contribute by offering the kind of help that fits my skill sets, talent and passion. For me, this means either writing advice, blogging advice, marketing help and so on. I could easily go volunteer at my local homeless shelter, but honestly, I’d be much better helping somebody who actually needs my skill and experience and I’d make a much bigger difference in their life. Why wouldn’t I choose to help where I could be the most help?

2. I normally try to serve people I like and respect. This makes serving easy because you just get to hang out and partner with good people. Helping people you like and respect makes helping fun.

3. I try to contribute to projects I believe in and want to see succeed. This doesn’t mean the other projects aren’t good for the world, it just means they don’t light me up.  I’m not excited about all sorts of amazing things. I’m excited for the people who are excited about them, but for whatever reason, I’m just not feeling it with them. Why? Because we are all different, and different things light us up. If I’m going to contribute several hours a week to something, I want it to be toward something I can get behind, daydream about and help into existence. I don’t want it to feel like work, I want it to feel like fun.

So, an obvious question you might have is: Where’s the sacrifice?

I’ll answer that question in the form of a question: Why do we assume a sacrifice has to feel negative?

People sometimes comment about this point by saying Jesus made sacrifices in the garden. Specifically, some people say Jesus didn’t want to die on the cross, He did so out of obligation or duty. I disagree with this idea, at least in part.

I believe the reason Jesus didn’t want to be crucified is because He was sane! Nobody in their right mind would want to be crucified. In fact, He asked His Father if He could somehow get out of it. Who could blame Him? But to say He was crucified even though He didn’t want to be crucified is to take the idea too far. He wanted to sacrifice on our behalf, He just didn’t want to feel the torture and the pain. A mother wants to give birth, but she doesn’t want to feel pain either. Still, if you tell her it’s going to hurt terribly, she’s not going to back out of it, she wants to have the baby. A dad wakes up and takes care of his crying child, even though he doesn’t want to get out of bed. Are they doing these things out of a sense of duty or obligation? Hopefully not. Hopefully they are making sacrifices because they want to.

Jesus isn’t in an army, He’s in a family. He’s in a trinitarian relationship in which each member loves the other. They’re not raising the trinitarian flag every morning and saying a pledge, they just love each other. Love is the only motivation God has for anything He does, including acts of justice.

How the Advent Season Can Teach Us About Patience

I know I’ve just lost half of you. But stick with me and think about these ideas. Answer a few questions for me in your mind:

Do you do acts of kindness out of a sense of duty, or out of a sense of enjoyment and love? Do you do acts of kindness to be right, or because you enjoy doing them and are motivated by love? And here’s an even tougher question: Do you enjoy the sacrifices you make for others? And would it be harder to call those sacrifices sacrifices if you genuinely enjoyed the work? Are you getting some kind of martyr complex by doing stuff you don’t want to do? Does it make you proud that you made such a sacrifice? And if you are getting a sense of pride for your sacrifice, is it really a sacrifice by your definition? After all, you’re kind of getting paid for it …

And let me ask you a final question. Think about it for a while, maybe for a few days. Can you imagine a life in which you were no longer motivated by guilt, shame or a sense of duty? Can you imagine a life in which you served God out of love and enjoyment and even fun? Would you feel OK with God if you were actually happy? If not, I want to suggest you’ve fallen into a religious kind of trap that may be far removed from the joy of loving and knowing and serving God.

If you’d like a more joyful life, start serving in the ways God has gifted you to serve, and cut out all the duty and obligation and pride crap. If you are teaching Sunday school out of a sense of obligation, stop. Literally stop as soon as you can. Instead, find something that gets you fired up. Who knows what that something is—maybe it’s plumbing or carpentry work, maybe it’s counseling executives, maybe it’s walking people’s dogs or planting a community garden. Who knows, but serve in a way God has wired you to serve. He actually wants you to enjoy it, not offer it to Him as some sort of sad sacrifice. Can you imagine your earthly father wanting you to be miserable all the time? Why do we imagine God would be so dysfunctional and, well, mean?

Make the kinds of sacrifices that you LOVE to make. In other words, be like God.

A New Lesson from an Old Hymn