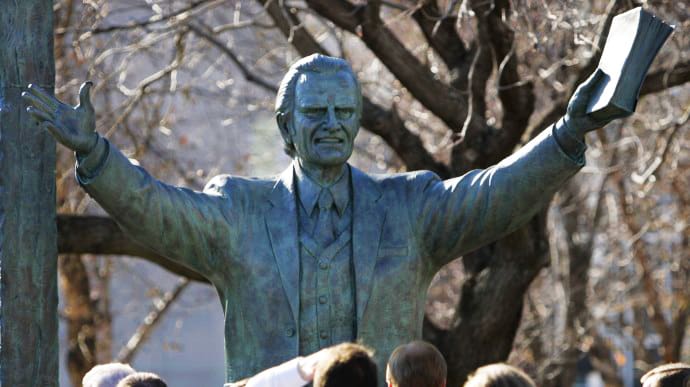 Since the tradition was established in 1852, only 31 individuals have been recognized with “lying in honor” in the U.S. Capitol Rotunda. Next week, from February 28 to March 1, Billy Graham will become the 32nd member of a list that includes Rosa Parks, Abraham Lincoln, and John F. Kennedy.

Speaker of the House Paul Ryan extended the offer to Graham’s family, saying in a statement: “In recognition of Rev. Graham’s long and distinguished service to the nation, it is our intention to ask the House of Representatives and the Senate to permit that his remains lie in honor in the Rotunda of the Capitol, so that Americans have this opportunity to pay their respects.”

Visitors to the Rotunda will find Graham’s remains inside a pine casket. It will sit upon a pine raised platform built for President Lincoln’s casket, and that platform (called a catafalque) will be draped in black.

The announcement from the Speaker’s website included some details about Graham’s life. “Rev. Billy Graham was internationally known for his devout faith, inherent humility, and inclusive nature. He spread the gospel in 185 countries during his 99 years on Earth, touching the lives of many and forever changing the course of the world’s spiritual health.”