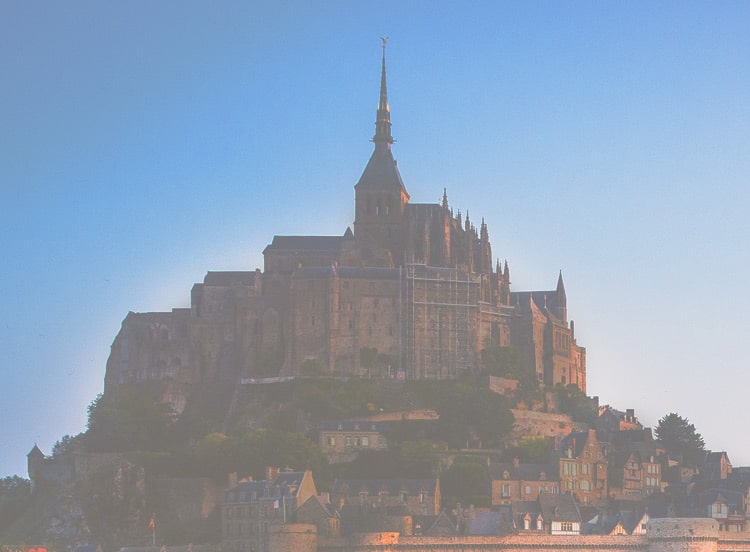 How should Christians engage with a culture that, often times, holds different values from them? Writer Rob Dreher has posed a somewhat radical option.

In his best-selling book The Benedict Option, Dreher explains how an ancient monk ended up altering the course of human history and impacted millions for the Gospel—after he retreated to live in a cave for years.

We recently spoke with Dreher about the book, who “Benedict” was and what Christians can learn from him.

So let’s set a little context in terms of who you are and the work you do and how that’s led to you thinking about this particular idea and then book.

I’ve been writing about politics, religion and culture for a long time as a journalist. And also after we had our first child in 1999 and it really does make you think about the kind of world that we’re gonna have in the future like nothing else does.

It became clear to me that a lot of the things that I saw in the culture that were sort of abstract issues for me about religious orthodoxy within the church, as well as pornography and technology, all these things suddenly became a lot more strongly in focus when you think about raising kids in that kind of world. I was a Roman Catholic. I became a serious Christian as a Roman Catholic in 1993 and writing about the sex abuse scandal as a Catholic for National Review and then for the Dallas Morning News. [It] really took me very deep inside the workings of the church, and I ended up losing my Catholic faith because of it.

But the reason it’s relevant to The Benedict Option is because I began to realize that the corruption inside the Catholic church was not simply a matter of sexual abuse, but it was part of a wider sense in the Church having lost the story, having lost of the narrative and modernity. I think I could have held on as a Catholic if I had a sense that the church was standing for something.

By modernity do you have in mind the time period or the philosophical underpinnings of science and research and humanism?

In The Benedict Option I do talk about modernity in the more philosophical sense too, but talking the church offered so little in the way of practical resources, spiritual and otherwise, with which to resist the disorders of the contemporary age.

I remembered something that a Catholic priest friend of my told me when I lived in NYC. He was sitting there listening to me and one of my other Catholic friends complaining about the homilies at Mass are no good, the bishops are terrible and this and that. And he said, “Listen, everything you say is true, but the problem is you’re not doing anything about it. You can’t change the bishops. Uou can’t change the priests, but you guys are family men. You can go online and order from Amazon a library that Thomas Aquinas couldn’t have dreamed of and have it sent to your front door and use that to educate your children and educate yourselves.”

He said get busy. And that was a real challenge coming from a priest who recognized the problem.

All of these things went into The Benedict Option to thinking about what can we do, what can we small little Orthodox Christians do to help ourselves and our families and our communities.

The subtitling in the book you use the term post-Christian. Can you define that for us?

There are lots of Christians in America. Christians are the majority of America. There are churches everywhere. My contention is that post-Christian means that Christianity has ceased to be at the center of American culture.

It once was the base on which our public questions were decided. It informed in a pretty and direct way and framed the conversation. That ceases to be.

That’s happened for a number of reasons. One of them is that churches over the last two or three generations have done a terrible job of teaching basic Christianity to the younger people.

So we’ve had this “moralistic therapeutic deism” as Christian Smith calls it. That has come to supplant any kind of real historical version of the Christian faith. So I think it will come as news to a lot of Christians in America that America is a post-Christian society.

But, as the last 8 – ten years should have shown how weak the church is in terms of actually affecting the lives of the people who claim to be a part of it as well as the public conversation.

There is absolutely no penalty now socially for not being a Christian, for not being apart of the church. So the nominal Christians are going to fall away. And Dr. Russell Moore said this is not a bad thing, necessarily. Because it’s going reacquaint us with what it really means to be a believer. That said, it worries me.

It’s not so much a lost cultural identity that worries me, but what it means when you have a society with the technological power that we have, in terms of bioethics especially and some of the challenges coming when people are no longer driven by any sense of the sacredness of life or any Christian principles.

I think that it’s going to be pretty troubling.

So what is the Benedict Option? What are you proposing here? And who is Benedict?

Benedict of Nersia was born in the end of the 5th century four years after the collapse of the western Roman Empire. Just because the empire collapsed in the West didn’t mean everything was in ruins. His father was a Roman governor who sent him down to Rome when he was a little bit older to complete his education.

So he went down to the city of Rome to study and was just shocked by how chaotic it was and how morally corrupt everything was. This is Rome under the rule of the Barbarians. and the old world that the Romans had known for centuries and centuries was no more.

And Benedict just couldn’t take it. He left the city, went out to live in cave in the woods. For three years he prayed and he fasted and he asked God what to do. When he came out of the cave he ended up starting a religious order of monks, because he wanted to figure out how to serve God in community.

He did not want to save western civilization. Nothing like that occurred to him, but he just wanted to serve God in the unusual conditions he found himself. So he ended up writing a rule. A very thin book. Just kind of a constitution for a monastery. He called the monastery School for The Lord’s Service. And this rule told them how to structure their lives, to function and thrive as a monastery.

This rule turned out to be ,over the next three – four centuries, one of the things that ended up laying the groundwork for the rebirth of civilization in the west. Because what happened was after Benedict died, monasticism following his rule really took off and monks went into, throughout western Europe where authority had collapsed and people were really living in a really kind of darkness.

We call it the Dark Ages now, and I think that’s a really prejudicial term, but in so far as to describe a period of chaos and loss it was accurate. But the monks went out there, they evangelized people, they taught people how to do things that they had lost. They eventually began to cultivate land and peasants began to move around the monasteries.

And they eventually, over time, over many generations they re-civilized the place. It is has been said that the rule of Saint Benedict is second only to the Bible in terms of what it did for western civilization simply because those monasteries served as a kind of arc for the Christian faith and the Grecco-Roman tradition to go across the dark sea of the early middle ages and to dock at dry land so a Christian culture could be built in Europe.

If you look at Benedict’s rule it is not this treasure trove of spiritual wisdom. That’s the thing that surprised me most about it. It really is a simple guide to how to run a monastery. But what it does is it imposes order in a time of great disorder. It tells the people who live by the rule—the monks, and the Benedictions—how to structure their lives to grow and what the Benedictions call the conversion of life: Which is to say that once you enter the monastery you are expected to continue to deepen your conversion and to keep going on your journey to become more and more like Christ. Benedict says in the rule this is how you do this in a monastery.

None of us outside the monastery are called to be monks … But there are still a number of things, lessons that we can learn from the rule and actual Benedictans living the life today that can help us, we who live out in the world, to live more faithful lives.

What are you suggesting by this Benedict option that we who live in this post-Christian America? What does this assumption look like for us?

Let me start by saying I don’t think there is one Benedict option.  I think we Christians from all the traditions are going to have to be creative about making something work where we are and that’s faithful to our own particular traditions.

There could be all kinds of things.

I think that the main thing is to be intentional about Christian living and consciously counter-cultural—to be aware of the ways that ordinary mainstream life in America in the 21st century undermines the basis for Christianity and to resolve to fight that. And it’s going to require all kinds of small things too like not giving your kids smartphones or stop letting TV and the laptop dominate your lives.

These are small things but they’re so important.