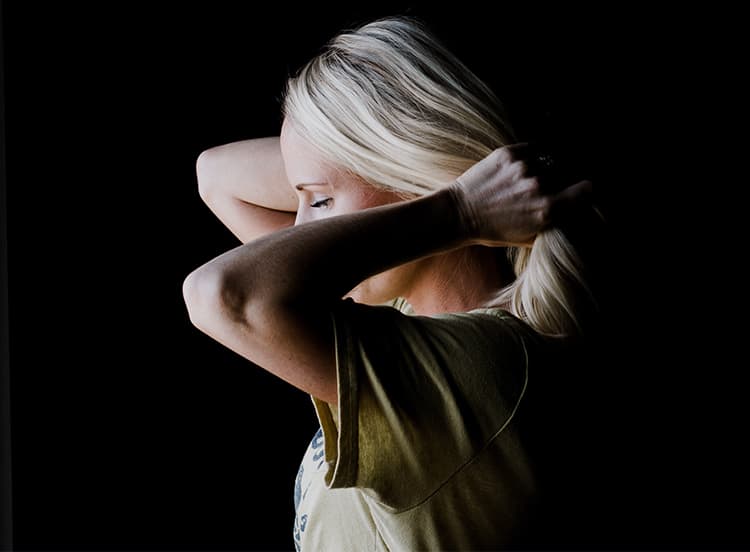 I have a pair of Levi’s that I wear everyday. I bought those Levi’s at a Kohl’s in Louisville, Kentucky, more than three years ago. They have seen me through job changes, childbirth, cross-country moves, weight loss (and gain). They are comfortable. To me, there are few things as comforting as an old pair of jeans. They have been stretched and worn in all the right places. Even after going through the wash, they sit just right on the hips and conform to every curve. Unless I am forced to wear a different pair, I will wear the same jeans every day. Only after they have become too dirty will I switch them out.

I had to shelve those jeans a few weeks ago. Month after month of daily wear is starting to show (and threadbare denim starts to show other things). Like those threadbare Levi’s we evangelicals have our favorite words. We drop them as often as possible. They are comfortable. They still seem to fit just right. Having lived in four different states over the last 10 years I can attest that Evangelical jargon is the same in the Midwest as it is in the South.

It’s never been more popular to talk about “brokenness.” This one is relatively new to the jargon scene. For most of my young life, our go-to words were “community” or “transparency.” We all became masters at dropping them into any and all conversation. If we were looking for a good group of friends we would say, “I just really need to find some community.” Or if you found a new group and were on the fence you might offer the critique that, “they’re just not very transparent.”

When “brokenness” first started, it was a powerful word. It cut through the bloated “community” and turned “transparency” on its head. “Brokenness” forced us to see that our community had become anemic—more like Cheers than the 12. But “community” had not discipled anyone in over a decade. “Brokenness” (and his brother, “Broken”) revealed that our “transparency” was only opaque, at best. Having not seen a naked soul in a generation we were exposed to our own inability to handle those fragile creatures.

I fear “brokenness” will soon find its place next to my old Levi’s. It used to be valuable, powerful, fresh.

It is becoming threadbare and weak..

“Brokenness” is becoming weak because few know what it really means. We may know exactly when and how to use it, but I have met very few people who can name their brokenness. You see these words still have power but only when they are used by those who know them. These words are not tools to be used. They are not passwords into the Christian club.

They are old friends.

“Community” is powerful because it is freighted with faces and names; people who know the best and worst of me. Yet, they love me all the same. I think of specific friends and particular moments. One time Whitney and I were having a “disagreement” outside of our small group’s house. Others were showing up and walking by our car as we “discussed.” My friend came out to ask if we were OK. I snapped. It was harsh and I knew it. He went back in and the whole group waited for us.

With every last ounce of determination we walked in not five minutes later. I apologized to my friend and he said, “Don’t worry about it. We had our own disagreement earlier today.” No one treated us any differently.

No whispers.
No knowing glances.
No “I’ll pray for your marriage” leg taps.

They were just happy to see us.

“Transparency” moves us only when we remember all those times we bared our fragile souls and found them welcomed with gentle hands. Few know how to hold a naked soul. You can’t squeeze it, force it, command it, order it, quote Scripture to it. It must be held with all the strength and gentility of a parent with their newborn child.

Having held many newborns, I thought I was an expert.

Then I held my son for the first time.

I obsessed over my every finger. “Don’t grip too tight” I repeated. “Hold his head up with your fingers and his back with your palm.” “Don’t let his legs hang.” “Keep him close to your chest,” I told myself, “but not too close. Don’t squish him.”

Two years later I know exactly how to hold my boy. He is much stronger and much bigger than those early days. He squirms and fights. We wrestle. He climbs on furniture and jumps into my arms. He knows that I will catch him.

He is bigger, stronger, and more brave today because I knew how to hold him then.

You don’t hold a newborn like a toddler.
And you don’t expect a newborn to wrestle and jump like a 2-year-old.

Don’t ask the naked soul to stand on its own two feet.
Push it too hard and it may never walk on its own.

“Brokenness” only has strength as we learn to trace the cracks in our soul. Those who use it without any hint of pretense are those who can freehand their soul’s canyons. They can name what makes them broken. Using it casually robs it of its power.

The prophet Hosea describes brokenness also. In 6:1-3, he envisions what a repentant Israel would say as they left their sin to return to God. “He has torn us, that he may heal us; he has struck us down, and he will bind us up. After two days he will revive us; on the third day he will raise us up, that we may live before him.” These prophets show us that brokenness is not the natural state of the human soul. Naturally, we are far worse off. The Bible often speaks of human rebellion as being “stiff-necked” (Exodus 32:9). It is a picture of our full-bodied resistance to bending toward the Lord. Repentance is the only thing strong enough to break a stiff neck.

The broken soul is not the one that merely sins. The soul that is broken knows what its sins are. And hates them. (Romans 7:15).

How Do You Have Hope When You’re Not Optimistic About the Future?

It took me a long time to learn how to trace the cracks in my soul. Still today it can be difficult to name them precisely. But the more the Spirit shows me about the state of my own soul (Psalm 139:23-24), the more I experience his grace at work in my life. The more I see and name sin and its effects, the more his Spirit brings life. Repentance requires us to see our sin in all its ugliness. Because we can’t repent of what we refuse to see.

As a preacher I have to weigh every word. James warns me. “You know that we who teach will be judged with greater strictness” (James 3:1). On the day of judgment I will have to answer for every careless, thoughtless, self-righteous, evil word I have spoken (Matthew 12:36).

Jesus was the Word eternally spoken by the Father. He put flesh and blood to every word the Father uttered. All that the Father is, Jesus embodies. “For I have not spoken on my own authority,” Jesus said, “but the Father who sent me has himself given me a commandment – what to say and what to speak” (John 12:49). We speak as Jesus instructs us—which is to speak as the Father speaks.

Psalm 19 tells us that the Father’s words revive.
They make us wise. They fill us with joy. They enlighten and endure forever. They are more desirable than gold, sweeter than honey and grant great reward.

Jesus spoke hard words too. He told the crowd whose bellies he had miraculously filled only moments before: “Unless you eat the flesh of the Son of Man and drink his blood, you have no life in you. Whoever feeds on my flesh and drinks my blood has eternal life, and I will raise him up on the last day” (John 6:53-54). His own disciples recognize this is a hard teaching (6:60) He tells them “The words I have spoken to you are spirit and life” (6:63). Some leave Jesus on the spot.

Turning to the twelve he asks, “Do you want to leave also?” Peter utters these famous words: “Lord, to whom shall we go? You have the words of life” (6:68).

Speaking words of life means we speak as Jesus spoke, which is to say, words of resurrection.

The trouble is that we, like the crowds, want full bellies. We want veneers, not resurrection. As a professor of my wife’s used to say, “People don’t want to get better, they just want to feel better.”

Christian jargon has a way of making us feel better, but it is drained of any power to help us actually get better. This is why I struggle with “community” and “transparency” and “brokenness.” I have no personal beef with those collection of letters. They’re great. But when they become tools to preserve an anemic piety—ones that makes us feel better but not get better, then I have a problem.

These words can be whitewash or scalpels. A fresh coat of paint can sure make things look pretty. But a scalpel can save my life.

So, let’s not use these words casually. Let’s not wear them out like my threadbare Levi’s—only to be shelved and replaced. Let’s fill these words in with names and faces.

Let’s truly be broken. Which is to say, let’s eagerly anticipate resurrection.

Jacob is married to Whitney; daddy to Noah and Knox; pastor at Christ the King Presbyterian Church; professor at Houston Baptist University.

Scaramucci Has Been Removed as the White House Communications Director