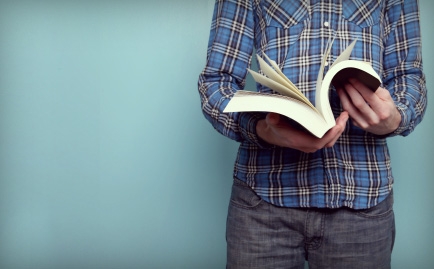 I’m walking the littered streets of San Francisco’s Chinatown, each storefront a flurry of activity and improvised commerce. Through the chaos, night is falling and I hear the familiar sound of preaching. The distinct pitch of street-corner preaching that isn’t uncommon in this sort of urban scene.

I know it’s preaching. You would’ve known it was preaching. Anyone within earshot would’ve guessed. I can make out the sense of urgency, the air of religious lecture. I know without seeing the man’s face that he’s spreading the message of Jesus, but I also know he’s going about things the wrong way. Granted, there’s no right way to preach, but clearly something isn’t working. No one’s listening and no one’s going to. Why is this man so easily cast aside and into the backdrop and ambiance of the night? He has the perfect platform—a lively sidewalk in one of the country’s most densely populated cities—and a soulful message: the good news of Christianity. What’s going wrong?

It’s simple. There’s no connection. No connection between speaker and audience, between audience and message. There are no emotional bonds being formed and it comes down to this: the man’s not telling a story. He’s lecturing. He’s moralizing and reprimanding. His sermon is devoid of any narrative or storytelling qualities. His words are brash, one-dimensional and inflexible, with no room for interaction or interpretation.

This is where his message has gone awry.

Without storytelling, there’s no way for him to meaningfully connect to the passersby, and there’s no way for them to truly internalize his words. There’s a one-way line of communication that falls flat before it can reach even the few receptive listeners making their way past. And at some time, somewhere, we’ve all seen this street corner.

All great, truthful messages rely on narrative techniques to persuade, influence and encourage. Stories, whether true or fictional, break down personal and societal barriers to reach the essence of pure, universal human emotion. In this way, storytelling is a profound equalizer. And few messages can benefit more from storytelling than those contained in the Christian faith.

We’ve all seen the (seemingly) crazed street preacher. We’ve heard the too-direct Christian come across as conceited and disparaging in their delivery. The street preacher, the zealous-bordering-pompous Christian—these have devolved into negative archetypes and, unfortunately, clichés. Watching Christianity’s message falter on a public level, then, is a nearly universal experience.

This man represents a larger struggle in the campaign to spread the word of Christianity effectively. The most public evangelistic outlets—television stations, radio programs, to name a few—use hard-and-fast approaches that are, at times, more willing to incorporate scare tactics over stories and parables into their sermons. Even if they are “telling it like it is,” they aren’t always telling it in a way that persuades non-Christians to take the next step in learning more about the message.This type of ineffective publicized preaching is then chastised for being too brazen, and in an instant, a whole new audience is put off, unwilling to explore a religion that’s just a bit too pushy and self-righteous. As a result, Christianity continues to suffer from its deeply rooted PR problem. It’s undeserved, yes. But like it or not, the credibility of a message is often tied to its presentation.

So when the presentation fails to connect, the same fate awaits the message itself.

Televangelism is a prime example. Messages from even the most genuine of televangelists can come across fruitlessly when they appear to approach Christianity as a business, trading storytelling for persuasive sales tactics. This is hardly reflective of the close-knit, earnest Church communities that make up the Christian faith, but this is what the general public sees.

Perhaps one of the few ways to solve this problem, or at least minimize it, is to present the message of Christianity through a mode of expression that may be better perceived. This isn’t watering down beliefs or principles, nor is it sugarcoating or avoiding certain topics. It’s about learning how to craft a Christian delivery that exudes sincerity, legitimacy and truth.

One example, Mumford & Sons’ debut album Sigh No More, not only takes inspiration from the Bible, but near-direct quotes. Let the dead bury the dead, they will come out in droves, sings Marcus Mumford in the song “Thistles & Weeds.” Even the narrative arc of the album reflects a literary work of art that is ripe with storytelling and (Christian) imagery. And in spite of their focus on God and spirituality, Mumford & Sons has become one of the most popular bands in today’s music scene, admired by millions of Christians and non-Christians alike.

Entire books can be written on the decline of storytelling in Christianity. I tend to think it coincides with a more literal interpretation of the Bible, a result of the Enlightenment period’s furious pursuit of factual truths, as noted by biblical scholar Marcus Borg. At this point, though, it’s not about where storytelling went.

It’s about how to bring it back.

Why should we emphasize storytelling when spreading the messages and beliefs of Christianity? The reasons are plenty and grounded in the Bible itself. When Jesus is asked why He speaks in parables, He tells us: “Therefore I speak to them in parables, because seeing they do not see, and hearing they do not hear, nor do they understand” (Matthew 13:13).

Jesus knew that relaying messages through stories does a number of things that an overt and dogmatic argument can’t accomplish. If we expect to be successful conduits of the Christian message, we too must harness the power of emotional and spiritual connection and forget the temptation to use logical persuasion.

Ben Franklin said: “If you would persuade, you must appeal to interest rather than intellect.” That’s the power of storytelling: it builds interest and separates emotion from the mental clutter of intellect. And that’s where we need to turn. Storytelling achieves several things:

Expressing a message through story suggests a deeper meaning of both the message and the story. When the audience realizes a greater significance lurks beneath the surface, they may be more willing to explore the message, considering it to be potentially worthy of their time and mental effort.

It Makes Your Message Relevant

Stories do a wonderful job of creating relevancy between message, audience and messenger. In the time of Jesus, many of the people who heard Him speak were farmers, shepherds and the like. With parables relating to agriculture and nature, then, He was able to create direct relevancy, His message seeming credible and pertinent.

It Offers Freedom of Choice

Storytelling creates an immediate freedom of choice. Your audience has the choice to listen, to hear the message and to act upon it. If I told you an indisputable, proven fact, there would be little choice involved. You could choose to believe the fact or not, but this would be irrelevant.

If I told you a story, however, you’d be faced with myriad choices. What does the story mean? What are the themes driving the story? What lessons can I learn? How does the story relate to my life? Providing this choice also shows respect for the audience, acknowledging their ability to make choices independent of the messenger.

This same freedom of choice creates personal connection by establishing a heightened level of interaction. When someone makes the choice to invest themselves in a story, he or she is interacting with the message and the messenger, exploring the meanings and motives of each. For the audience, a connection and interactive discussion shortens the distance between curiosity and understanding.

It Makes Your Message Memorable

Just minutes after passing by the preacher in Chinatown, I couldn’t recall a single thing he had said. I can’t say for certain, but had he began his sermon with a parable, from the Bible or his own imagination, he most likely would have had my attention. It’s the old writing maxim, “show, don’t tell.” Show what you mean to say and it’ll stick. Tell and watch it fall on deaf ears.

Today’s fast-paced, high-tech, high-stimulus world requires us to reexamine the way we present Christianity. In a world of automated convenience, short attention spans and endless distraction, we must be able to create real, immediate emotional connections with those willing to hear our message. But we can’t do this with force, by pounding others over the head. What we need is the subtly powerful, intimate touch of storytelling and narratives.

Evangelizing without storytelling suggests insecurity, that we don’t have enough faith in the meanings behind our messages to convey them in a less aggressive manner. But this couldn’t be further from the truth. It’s time we showed it, so that the message of Christianity doesn’t fall to the wayside, lost in the white noise of modern life, like debris collecting in the streets of a swarming city.