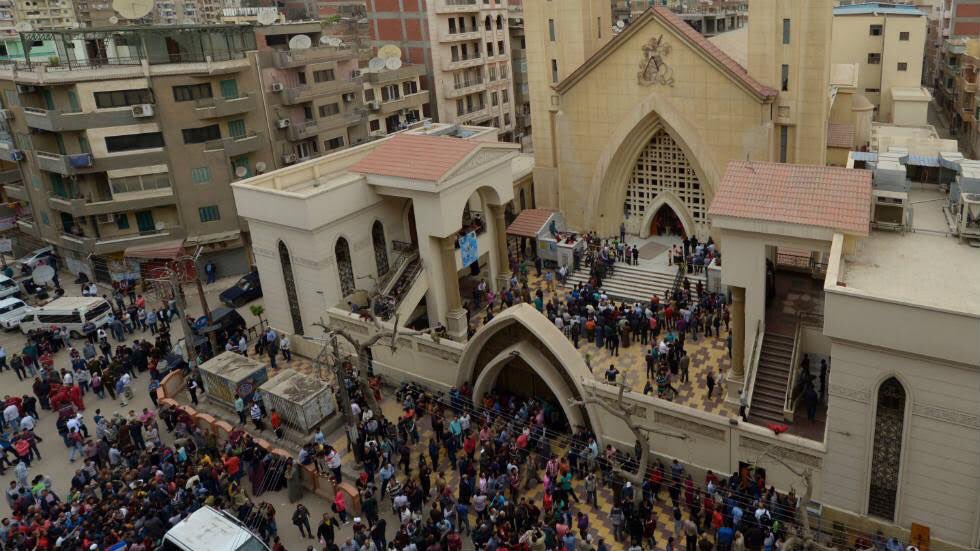 It also presents a fresh challenge to President Abdel Fattah el-Sisi, who campaigned a promise of security and strength against Islamic State militants, and has drawn international criticism for some of his methods in combating them, including mass detention, torture and extrajudicial killings.

Sisi’s tough talk won him support with Egyptian Christians, who he promised to defend, but that trust has been shaken after Sunday’s attacks.

One of the attacks struck at the entry to St. Mark’s Cathedral, the seat of the Coptic Church in Alexandria, just as Coptic leader Pope Tawadros II — who was not injured in the bombing — finished his Palm Sunday sermon.

The other took place in the Nile Delta city of Tanta, where the attacker detonated his bomb near the front pews of the church, killing 27 and injuring 78.

Sisi’s presidency has been marked by increased security to combat a new wave of threats from the Islamic State, but Palm Sunday’s attacks highlight the difficulty in defending against suicide bombers. Christians only make up about 10 percent of Egypt’s population, and have long maintained that they are victims of violence and discrimination.

Nevertheless, there were reports of hundreds of Muslims lining up in Mosques to donate blood for victims of the blast.

Picture emerges of Muslims in a mosque donating their blood to the victims of Tanta's Coptic church attack in Egypt pic.twitter.com/C7lDpPlqO2

The Rev. Daniel Maher had been leading Mass in Tanta when the blast went off near his church. Maher survived the blast, but lost his son Bishoy, who was engaged to be married later this year.

“What can I say?” he told reporters in a cracking voice. “Thank God.”

Does the ‘Billy Graham Rule’ Hurt or Help Women?