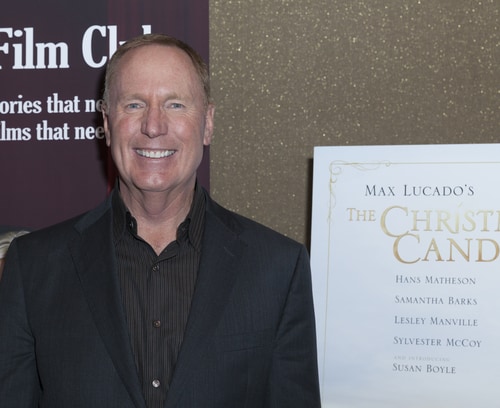 Thursday’s summit on the evangelical’s church reckoning with the #MeToo movement had a few powerful moments, and a few revelations as church leaders from across the U.S. convened on Wheaton College for sessions on dealing with the era ignited by #MeToo.

Many of the speakers were themselves survivors of sexual abuse, and a few opened up about their own histories. Among those who did so were pastor and hugely influential Christian author Max Lucado, who revealed for the first time that he was a victim of sexual abuse in his youth.

“My name is also on the list of those who have been sexually abused,” Lucado said. “As a young man, in my boyhood, not by a church member or a family member but by a community leader.”

But Lucado also said that he’d learned from the summit, and apologized for not having taken conversations about abuse as seriously as he should have.

“I’d also like to add my name to the list of those who have sensed today some desire for increased personal repentance,” said Lucado. “In listening, I thought, ‘I had a conversation with her, I could have done better.’ Or remembering the locker room banter from my football days many, many years ago. And just condescending attitudes that I as a senior pastor have employed. So I seek the Lord’s forgiveness.”

Beloved Christian author and speaker Beth Moore also opened up about her history as a survivor of sexual abuse, which she has discussed publicly in the past. “I am a survivor,” said Moore. “My home was my unsafe place. My church was my harbor.”

But Moore also pushed the Church to be more than just a harbor for victims of abuse. “I have often wondered what a difference it would have made if that same harbor had not only been a place to hide, but a place to heal,” she said.

The summit was not without its critics, as the two women who started the #ChurchToo hashtag, Emily Joy and Hannah Paasch, were not invited. Neither Emily Joy nor Paasch personally identify as evangelical any longer, but both were raised evangelical, and they hosted their own online series of talks on Thursday along with a few other “exvangelicals,” many of whom said the Summit at Wheaton did not go far enough in calling out the systemic theological and structural issues that have allowed cultures of abuse and abuser-protection to flourish within evangelical churches.

The Movie that Fell to ‘Return of the King’