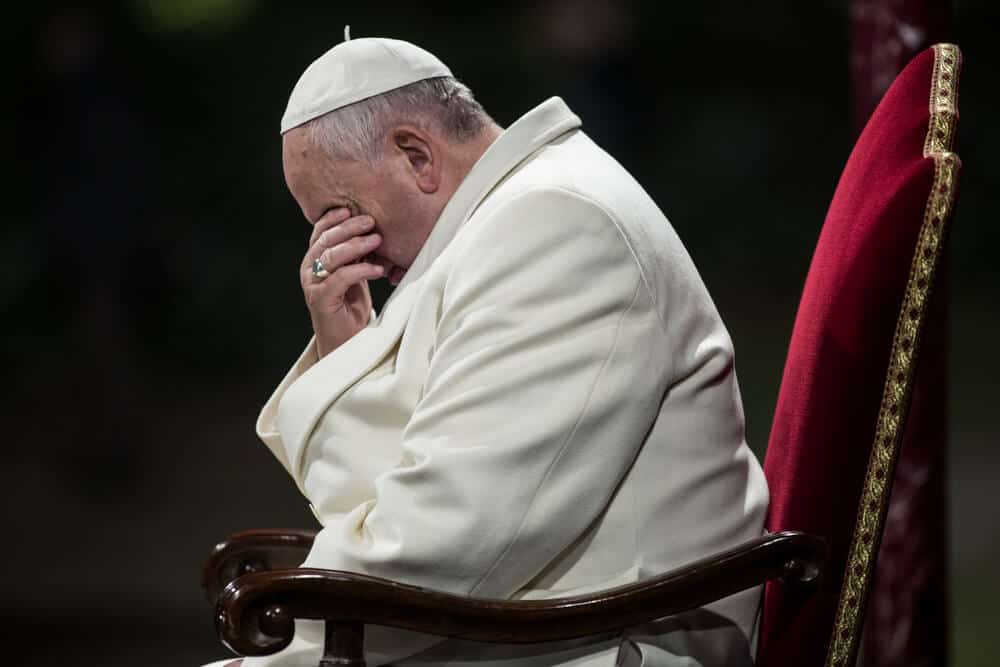 There is still no end in sight to the abuse scandals ravaging the Catholic church. Pope Francis confirmed Tuesday reports of longstanding abuse of nuns within the Catholic church by priests and bishops. The Pope vowed to do more to combat the problem.

The details are truly horrifying.

In two weeks, the pope will host a gathering of bishops to address the Catholic Church’s abuse issues, but in the meantime, he’s revealed part of the scope of the problem. In a press conference, he was asked about reports of clergy members in the Catholic Church abusing adult women—nuns—in the Church. The pope said: “It’s not that everyone does this, but there have been priests and bishops who have. I think that it’s continuing because it’s not like once you realize it that it stops. It continues. And for some time we’ve been working on it.

“Should we do something more? Yes. Is there the will? Yes,” the pope continued.

Reports of the abuse of nuns have been made public on an international scale, including from places like India, Africa and South America. A women’s newspaper in the Vatican also reported instances of nuns having to abort priests’ children, or being forced to bear children that the priests won’t recognize. (h/t AP News)

Last fall, nuns in India demanded action against a bishop they say raped a nun between 2014 and 2016. They reported the church didn’t respond to the woman’s complaint, forcing the woman to go to police last summer.

Pope Francis said that an order in France had even forced some nuns into “sexual slavery.”

In January, a Vatican official in charge of handling sexual abuse cases quit when he himself was accused of abuse by a former nun. Doris Wagner, the accuser, said the official, Hermann Geissler, made sexual advances on her in a confessional. Geissler is chief of staff of the Congregation for the Doctrine of the Faith, which handles sexual abuse cases within the Church. (h/t Washington Post)

Francis says the cases of abuse against nuns can concentrate in new congregations. “Sometimes the founder takes away or empties the freedom of the sisters,” he said in the press conference. “It can come to this.”

Almost Half of Americans Say They’re Workaholics, and Many Are Working for Free

The Glitch In ‘The Good Place’