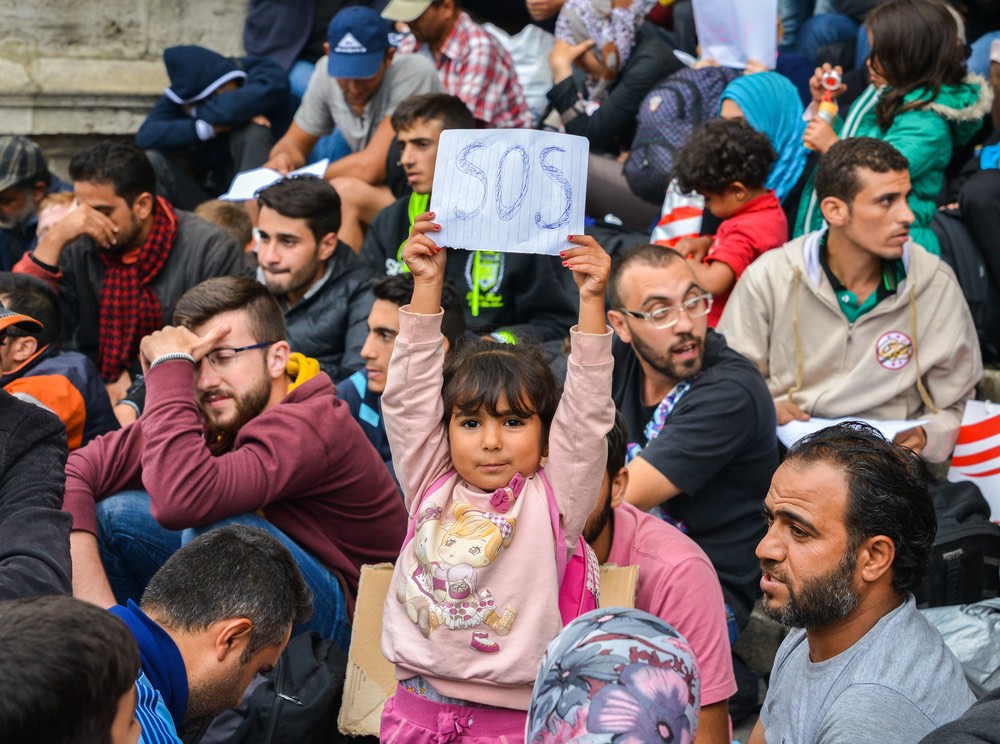 On Wednesday, the Evangelical Lutheran Church of America declared itself a “sanctuary church body” in a strong show of support for immigrants. To commemorate the announcement, a group of Lutherans nailed their “9.5 theses” to the door of the Immigration and Customs Enforcement building in Milwaukee. These “theses” — an homage to Martin Luther’s 95 theses that kicked off the Protestant Reformation — detailed the denomination’s concern for the United State’s treatment of immigrants and refugees.

As Religion News reporter Emily McFarlane Miller writes, “The group marched nearly a mile from the Wisconsin Center to the ICE building, carrying signs with messages like ‘We put the protest back in Protestant’ and chanting ‘This is what the love of God looks like.'”

Lutheran leaders drew a direct line between their actions and policies put in place by President Donald Trump’s administration regarding immigrants and refugees like family separation, lowering the refugee cap and, of course, the border wall.

“It just keeps getting worse and worse in terms of unaccompanied children, separated families, detention centers that are just horrific, and so what we wanted to say as a church body, as the Lutheran church, we wanted to now act with our feet and take action,” director of unit operations and programs for the ELCA’s Domestic Mission Evelyn Soto Straw told RNS.

“Marching is fun, words are great, but action makes a difference,” he told his fellow protestors.