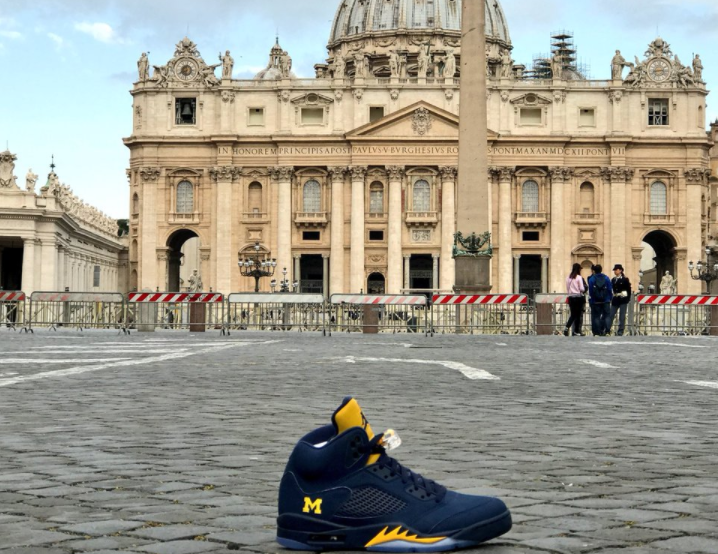 This week, the University of Michigan Wolverine football team was visiting Italy, and head coach Jim Harbaugh presented some very special gifts to the Pope.

Harbaugh on handing the helmet and shoes to the Pope pic.twitter.com/oofYeEX6VB

Knowing Pope Francis, there’s a chance he may just auction them off to help people in need, but, no matter what you think of the pope or Michigan football, let’s all just admit those shoes would look totally dope with that robe.

Research: Contrary to Popular Belief, College Grads Are Just as Religious as Those Without Degrees

The ‘Captain America’ Director Is Taking On ‘The Silver Chair’ Next