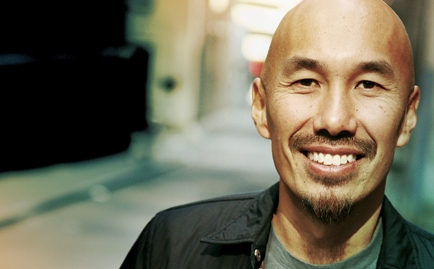 Maybe it’s his contagious smile, or the conviction evident in his voice. Maybe it’s his refreshing sense of humor, or the childlike glee that surfaces when he laughs. Whatever it is, people just like Francis Chan.

You don’t have to listen to Chan for very long to realize he is a gifted communicator and an engaging personality. On paper, Chan’s accomplishments as a well-known and well-respected pastor, best-selling author and sought-after public speaker may not seem unusual. After all, such success has almost become standard for megachurch pastors. But Chan has never been the typical megachurch pastor.

When he talks about the way some churches chase after the latest trends in an attempt to woo people to their services, you can almost hear traces of dismay (or disgust) in his voice. Chan prefers to point to the Bible—emphatically—and to call Christians to embrace a lifestyle that doesn’t make sense to the rest of the world (the central theme of his 2008 best-seller, Crazy Love). It’s this passion to see Christians living transformed lives that makes Chan’s messages distinct and personal.

People trust Francis Chan. They are drawn to his directness and sincerity. And when Chan speaks, people almost feel like they’re receiving a message straight from God.

And that’s a voice Christians do not want to lose.

Which is why Chan created such a stir last April when he announced he was leaving Cornerstone Church—the megachurch he planted in Simi Valley, Calif.

Though he was still uncertain about the details, Chan said he felt like God was leading his family to embark on a new ministry in a large city (such as Los Angeles, San Francisco or New York) where he will focus on ministering to the poor, and he wanted to be faithful and answer that call.

In the days that followed, Chan outlined his next steps, which included speaking throughout the U.S., walking the streets of large cities while praying for God’s direction, and eventually spending a few months serving in a developing country to “work with kids who have been rescued out of the slave trade … to go to a place where I’m a little bit more obscure, unknown—and just serve and care for some widows, orphans, and […] really seek the Lord, really be alone with Him.”

Chan’s decision (and uncertainty) elicited responses from church leaders and laypeople everywhere. Many asked why he would leave his church without knowing what he was going to do next. Many wondered if there was more to the story. But Chan says those who knew him best were not surprised—they could tell something was stirring inside him.

“You can talk to the people at Cornerstone and most of them—I’d say 80 to 90 percent—have been like: ‘Well, we knew it was coming. I thought it was going to be years ago.’”

Those at Cornerstone may have known him best, but they were not the only ones affected by his decision. Chan has become something of an ambassador for the big-c “Church”—writing books, speaking at conferences, preaching around the world. And so, in the wake of Chan’s announcement, the same question reverberated on blogs, forums and at conferences: “Why? Why would he walk away from his ministry?”

Others were asking more pointed questions.

In an online video conversation hosted by The Gospel Coalition that has attracted numerous viewers and given life to new debates about Chan’s decision, Mark Driscoll hijacks a discussion between Joshua Harris, Francis Chan and himself and uses the opportunity to put Chan on the spot, asking many of the tough questions others had been wondering.

One of the more memorable moments comes when Driscoll suggests that everyone thinks Chan is “cuckoo for Cocoa Puffs” for walking away from a thriving church.

Without realizing it, Driscoll’s claim may have affirmed Chan’s decision. After all, Crazy Love is Chan’s plea for people to embrace Christ so completely that it doesn’t make sense to others. Or, put another way, to trust God even when it prompts others to call you “cuckoo.”

“I don’t see it as this big step of faith. I mean, I do and I don’t,” Chan says. “I think people look at what I was doing and go: ‘Isn’t that the goal? Isn’t that what we’re striving after? So why would you not keep doing that?’ And I guess it’s because some of it was the goal, but the goal is really to just move as the Spirit moves, and to be as biblical and Christ-like as possible and try to be faithful to your calling.

“It will look a little different for everyone.”

Chan can laugh at Driscoll’s ”cuckoo for Cocoa Puffs” comment. He can certainly handle the word “crazy.” But the one thing that does bother him is when people start suggesting what he’s doing is weird.

“If we say, ‘That’s a weird person, that’s a weird theology,’ it automatically excuses us from doing anything similar. And to me, I don’t see it as strange,” Chan says. “Honestly, when I read the Scriptures, I really believe the Lord puts a heart in us when we become believers. And when the Spirit comes in us, there is this concern for the poor and for those who are in need, and this love for them to where you go: ‘Man, I would happily give you the shirt off my back. I would happily give up my future retirement to help you guys stay alive.’”

Chan is quick to explain he’s not trying to defend himself. Rather, he says he’s concerned about labeling someone as weird because they want to devote themselves to the poor or sacrifice for those in need.

“It doesn’t seem weird to me, or based upon a weird theology. It seems like Christ laying His life down for us. That’s weird, yeah, based upon the world’s standards. But He says that’s the model now. Now we ought to lay down our lives for our brothers. So if we make this a weird thing or a wrong theology, then maybe we’re worse off than I even think,” Chan says.

“Over the years, as I studied the Bible more, I saw so much that we were missing,” Chan says. “With the elders as well, we sat down and realized, ‘Where did we get this idea that the goal of the church was to fill a room just to hear the word of God and sing worship songs to Him?’ There’s so much more in Scripture. So as we saw those things, whether it was caring for the poor, reaching the lost, loving one another—pretty major themes—we realized, ‘Wow, we’ve neglected a lot of those things.’”

As Chan and the elders of Cornerstone Church encouraged their community to get involved in their neighborhoods and take discipleship more seriously, Chan became frustrated by the lack of commitment he witnessed.

“I can give a strong message and people will nod their heads and it’s like, ‘OK, cool, he gave a tough message.’ But in the confines of the local church, when I’m with these people day in and day out, I’m like: ‘Wait, you haven’t applied that message. Let’s come up with ways in which you have to do it and not skirt around it.’ Well, that really bothers people,” Chan says. “And pretty soon they’re like, ‘You know what, never mind, quit pushing me; I’m going to go to another church.’ … I guess I didn’t realize how hard it was going to be to be rejected by people who’ve been in the church for 10 years or more, and it’s pretty painful.”

Chan’s dissatisfaction with church extends beyond his experiences; when he starts talking about his vision for a new kind of church community, the usually eloquent Chan gushes.

“I’d love to just be in a room with some people who really believed and had absolute faith in their prayers,” Chan says. “[Who] just wanted to obey the Scriptures and share their faith with whomever and disciple and just get in a group and pray like crazy, and go and talk about how God moved in our lives throughout the week, share Scriptures, and those types of things. And that looks so different from your typical church service. I think more and more people are hungering for the same thing I am. As I read the Scriptures and feel led by the Spirit in a certain direction, it seems like other people are having that same restlessness.”

Discontentedness in the Soul

When Chan first stepped away from his church, he didn’t know exactly what God was calling him to do next. But he seemed fairly certain about some of the things his soul was longing for: ministry to the poor, ministry in a large city, a model of church built around smaller communities of believers rather than a megachurch that is most identifiable by its celebrity pastor.

All those things sound great. But what happens if those plans don’t materialize in the way Chan hopes?

Chan says this isn’t a new feeling—it’s a conviction he’s been wrestling with for years, but he’s just recently had the courage to speak up about it.

“There’s always been this core conviction that something’s not right,” Chan says. “Now I want to express it and live it and go, ‘Now I feel like I’m living in congruence with the whole New Testament, like I just feel at peace.’ And maybe I’m dreaming, but I gotta go for it.”

Right now, the questions of why he left his church still linger. But in the months ahead, those questions could change. Instead of asking why Chan left his church, Chan hopes people will ask: “Why not? … Why not follow God’s lead in my life? Why not question how things have been done? Why not risk everything and look a little cuckoo for the Gospel?”

This article is excerpted from a much larger piece that originally appeared in Neue magazine. To get more articles like this one, you can subscribe to Neue by clicking here.

The True Story Behind Franco’s 127 Hours