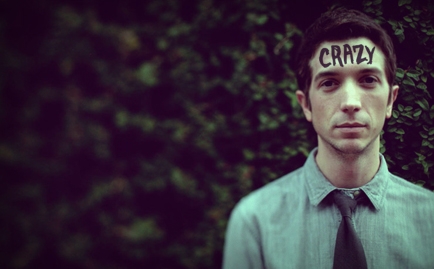 Tell me if this has happened to you: you’re going along, trying your best to live a Christian life, reading the Bible regularly and going to church, when you come upon a person (or group of people) who share your beliefs. You think pretty much the same things, you come from the same backgrounds, but the only difference between you and them when it comes to their faith is … they’re extremely frustrating. And it’s driving you nuts.

I’m sure you know who I’m talking about: folks who are exceptionally loud, usually whiny and highly judgmental. And, because they’re Christians, they’re ruining it for everybody else.

Recently, I was talking to a few friends—really faithful folks who attend church regularly and who, above all other things, self-identify as Christians—about the subject of unemployment. They immediately shared their distaste for those out of work, labeling them all as lazy. “They’re all just unemployed because they don’t want to work,” said one. “If they really wanted a job, they would get one. These sad, greedy people are not more deserving than me for my hard-earned pay. It’s ridiculous.”

(I wisely refrained from sharing I had only recently found a part-time job after being unemployed for nearly six months and my mother was still unemployed after two, trying to make ends meet with the benefits she receives. For the record, I do not consider either of us inherently lazy, greedy and manipulative of the system. )

I was baffled when another friend announced she would never support any organization that promotes breast cancer research, as she believed most of them also advocate abortion. When pointed out to her that those who suffer from breast cancer are also in need of care, she argued that the unborn are far more defenseless. Although I am also pro-life, I was baffled by the absoluteness of her argument—as a Christian, can’t we find a way to care for all of those who are weak among us?

But wait a minute, I thought. Aren’t we supposed to be on the same side? Am I alone in being frustrated? And perhaps most importantly, what am I called to do about it?

Like most things under the sun, contentious relationships like these are nothing new. In Jesus’ day, the Jewish faith was governed by the Pharisees, pious followers of the law who placed the tenets of their religion above all else. They were prideful, fearful men, bent on making life miserable not only for those who fell short of following God’s law to the extent that they did, but also for Jesus. Baffled that Jesus would dare spend His time with common sinners—tax collectors! Women accused of adultery!—and that He would dare to heal people on the Sabbath day, they chalked up His actions to evil. “It is by the prince of demons that he drives out demons," they said (Matthew 9:34, NIV).

These men, the ones who supposedly were followers of the same faith Jesus was, tested Him in public and berated Him, denouncing His reputation, but Jesus had none of it. On multiple occasions He addressed them directly, telling them in no uncertain terms where they fell short: “Woe to you, teachers of the law and Pharisees, you hypocrites! You have neglected the more important matters of the law: justice, mercy and faithfulness” (Matthew 23:23). He also says: “Woe to you! You travel over land and sea to win a single convert, and when you have succeeded, you make them twice as much a child of hell as you are” (Matthew 23:14-16).

Pretty strong words. Why was He so angry? Was it because He understood the damage the Pharisees were doing in misrepresenting the character of the God they worshiped? Was it because His level of frustration was reaching its max? Both?

The thing is, like the Pharisees, most of today’s frustrating Christians are really trying to do the right thing. In His famous Sermon on the Mount, Jesus Himself says that “unless your righteousness surpasses that of the Pharisees and the teachers of the law, you will certainly not enter the kingdom of heaven” (Matthew 5:20). There are consequences for those who break God’s law (5:19), and many Christians are trying to walk the path of righteousness, which is, as Jesus told us, a very narrow one. So it becomes easier to understand that some Christians believe that in order to represent the fullness of the Gospel, they must need to place limits on those to whom they preach.

But it’s exactly that message, the message of, “You are not welcome,” that becomes so frustrating. Many Christians are so set on judging others that they lose sight of the heart of Jesus—His love—and His message of unconditional love and mercy becomes twisted into an ugly stereotype.

The Seduction of Happiness

So what are we called to do about it? First and foremost, we need to be honest with ourselves. Are we the kind of Christian who judges first, then loves afterward? We need to follow Jesus’ example, and love and minister to everybody—including the Christians who annoy us—with patience and without complaint. Just as Jesus healed those who were outcast, including Samaritans, lepers and women, we need to welcome and serve—without judgment, since Jesus certainly didn’t give any and that alone is up to God—all who are present in our lives: the gay co-worker, our grandparent suffering from Alzheimer’s, the homeless man on the street corner, the liberal or Tea Party voters next door. To ignore them publicly and judge them privately, while at the same time proclaiming to be a follower of God, is a disservice to your Christian brothers and sisters struggling to proclaim God’s Good News to the world. And there is nothing good about self-righteousness and phony piety. We also need to reevaluate our relationships with God and find out if we have lost sight of that balance between walking in God’s grace and doing what we can to serve Him here on earth.

The truth is, none of us have it all together. We all struggle with something, and it’s hard enough as it is to be a loyal Christian and follow a path of lifelong righteousness. When we’re tempted to point our fingers and complain to God that our fellow Christians are “doing it wrong,” it’s best to take a lesson from what really matters.

At the end of John’s Gospel, after Jesus’ resurrection, He is seated with the apostles. Peter is very concerned about the “one Jesus loves,” and is anxious about what will happen to him. Jesus looks at Peter and tells him some of the wisest words found in the New Testament.

So follow Him. Keep loving. The non-Christians who know you will be drawn to you; and through your prayer and your example many will come to know Jesus—the real Jesus, the God of love and compassion for all.