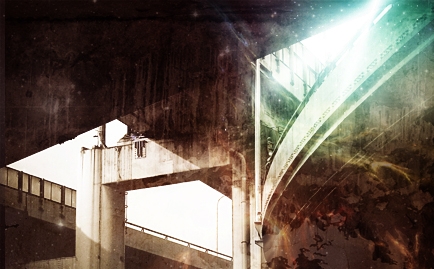 There’s a new evangelical theology out there, and it’s messing with our minds. I realized this for the first time when I was a new professor at an evangelical college. I was teaching philosophy of religion, and assumed that when we used the word “revelation” in a Christian context, we all knew that meant the Bible. But I was wrong.

The problem with revelation, one student said in a paper, was that you can never really identify God’s voice. And if you can’t identify God’s voice, then how can God reveal anything? I realized pretty soon that she wasn’t talking about the word of God in holy Scripture. “Revelation” meant a voice she was supposed to listen for in her own heart. But how can you be sure you’re not mistaking your own voice for God’s voice? How do you know?

You have to admire this student’s honesty. She was too honest to convince herself that she really knew which of the voices in her heart was God. It’s as if there were a kind of psychological trick she was supposed to pull on herself, and she was too self-aware to believe the trick as she was doing it. And since for her, hearing God in her heart was what it meant for God to reveal Himself, she was left without any concept of revelation or how to know God. And she was just the first of many, many students I’ve met in the same predicament.

The practice of listening for God’s voice in your heart is a very new development and it’s deeply flawed. It has only recently displaced Scripture as the most important way, in the view of many Christians, that God reveals Himself to us, thanks in no small part to widespread promotion of the idea by otherwise evangelical churches and youth groups.

Some people say this way of understanding revelation is more “personal,” but I don’t see how. You can’t listen to another person just by hearing what’s in your heart. Other persons live outside your heart, and that’s where you have to listen for them. So Scripture says Christ dwells in our hearts by faith (Ephesians 3:17), but directs our attention outside our hearts to find what we should put our faith in: “faith comes by hearing,” says Paul, “and hearing comes by the word of Christ” (Romans 10:17). The word of Christ that he’s talking about is not a voice in our hearts but the preaching of the Gospel in external words we can hear with our ears.

In other words, you don’t have to get anxious about figuring out which one of your voices is God. None of them is. The revelation of God comes in another way, through the word of God in the Bible, and this is something you can find outside your heart. And that’s good news.

Since God speaks to us as a person, then we can find Him by listening to His Word. That doesn’t mean we shouldn’t listen to our hearts. But it does mean we get to admit that all the voices of our hearts are our own.

Where I teach, there are guys who tell girls, “I think God is telling us to get together.” And there are girls who are convinced God has told them to break up with their boyfriend. A guy saying that kind of thing is pretty comical (unless he gets away with it, and then it’s too destructive to be funny) but a girl who has to say that kind of thing is just in sad shape.

I can imagine how it goes. Picture a young woman getting back to her dorm after a long night, and she’s saying to herself, in a loud, excited voice: “Oh, I love my boyfriend so much! He’s so great! He takes care of me, he watches out for me … he never wants to leave me alone, he won’t ever let me out of his sight, he’s always in control, sometimes I feel like I can’t escape … ” And then, as her enthusiastic monologue begins to trail off, a different-sounding voice comes out of her mouth, a quiet little voice that says, “I have a bad feeling about this … ” No doubt that’s the voice of wisdom, unlike the loud, excited voice that came before.

The sad thing is not that she listens to this quiet voice, but that she can’t admit it’s her own. She has to label it God’s voice in order to take it seriously. In my time as a professor, I’ve met a lot of young people like this who don’t believe their own feelings matter, that their own thoughts are worth paying attention to. These young people need to learn that it’s important to listen to their own feelings. Even though they’re not always right, feelings tell you things you need to know.

When a young person has to label the voices in her heart “God” in order to believe they’re worth listening to, she doesn’t really believe it’s OK for her to be perceptive about her situation, that it’s OK to realize her boyfriend is bad for her and do something about it. In short, she doesn’t realize she has a right to be a morally responsible adult. This new theology has undermined her sense of responsibility and self-knowledge—not to mention her faith in God as a real person who exists outside her own thoughts.

But the Bible doesn’t talk about the Spirit of God speaking in our hearts—at least in the cliche way we’ve come to understand. Instead, it reveals God to us in the face of Jesus Christ. And, as evangelicals used to know, the Spirit gives us Christ through the preaching (and the singing and the praying) of the Gospel, the Good News that tells the story of Jesus Christ. All you have to do is open your ears.

This article was adapted from Phillip Cary’s new book, Good News for Anxious Christians: 10 Practical Things You Don’t Have to Do, available from Brazos Press in September. More info at www.brazospress.com.