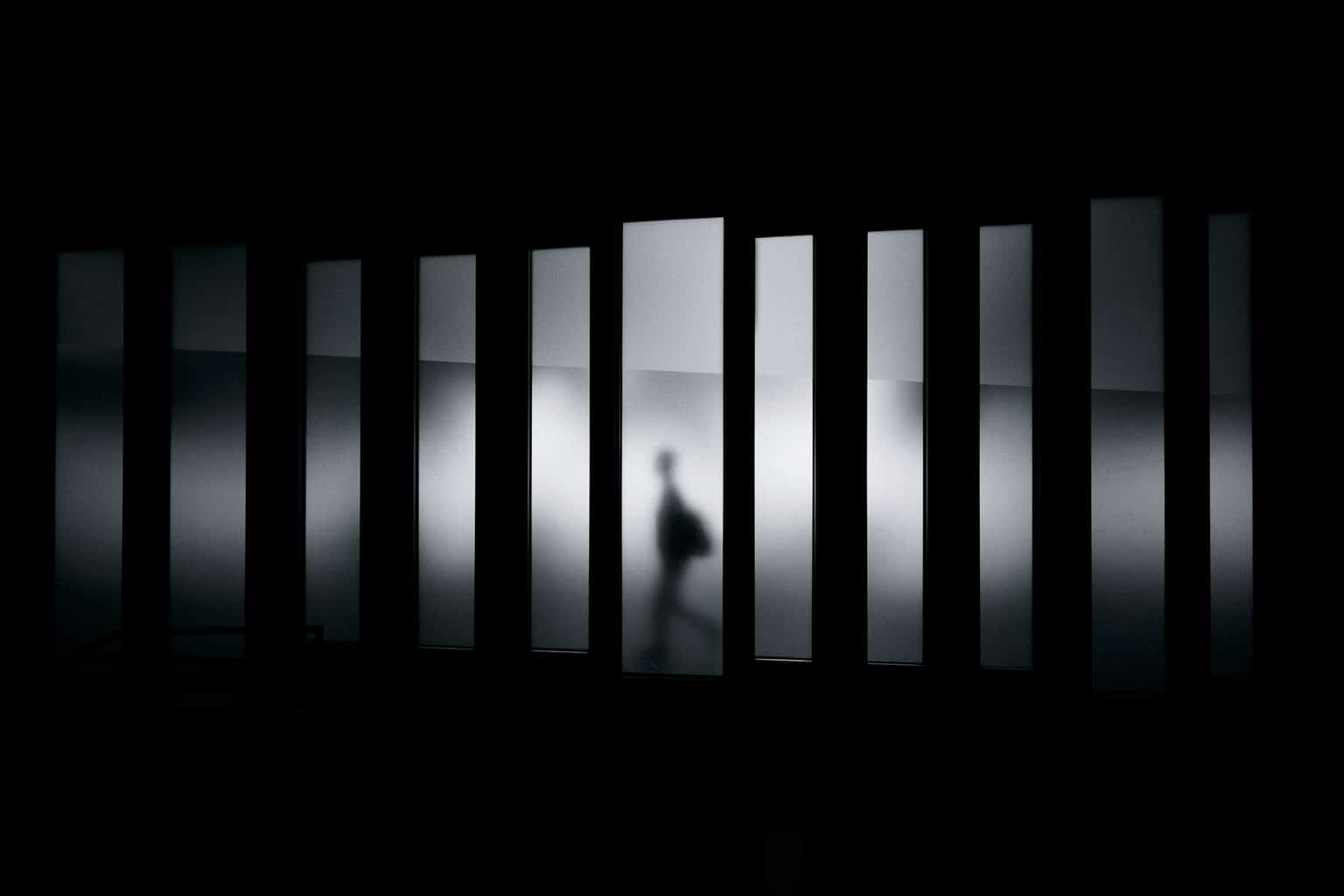 When it comes to black history, who has played the role of priests and Levites? Who, after seeing black people in dire need, has passed by on the other side?

Let’s begin in 1852, at the height of slavery. At this point, the country has been admitting additional slave states to the union—violently expanding slavery, tearing families and bodies apart in the pursuit of money—and has also passed the Fugitive Slave Law. This law effectively turns every state into a slave state, by making it legal for slavers to recapture enslaved people who escape to the North and making it illegal for anyone to help escaped enslaved people.

At this time, Frederick Douglass, himself an escaped enslaved person, gives a fiery address, taking white Christians to task both for what they have done and what they have left undone. In this speech, titled “What, to the Slave, Is the Fourth of July?” Douglass lays out the indictment in no uncertain words: “The American Church is guilty, when viewed in connection with what it is doing to uphold slavery; but it is superlatively guilty when viewed in connection with its ability to abolish slavery.”

With exceptions, of course, white Christians at the time supported slavery, adamantly, using literalist interpretations of the Bible. This is bad enough. But worse still is that white Christians could have ended slavery but did not. Why not? Pulling no punches, Douglass tells it how it is. The white ministers and churches are “stupidly blind” and “wickedly indifferent” to the plight of their black brothers and sisters, he says. Even in the glaring brutality of slavery, these white Christians and other white people, like the priests and Levites in Jesus’ story of the Good Samaritan, choose to pass by on the other side.

“Not Wanting to Know” During Segregation

A century forward in time, the year is 1963. Though slavery has been abolished, racism flourishes under segregation—which, the historical record tells us, is better than slavery in many regards but worse in others. It is now Martin Luther King Jr. who addresses white Christians. A group of white ministers publishes a letter opposing his work and the work of other civil rights activists, even while the ministers claim they, too, want racial justice. King responds to them and to all white Christians with one of his most powerful works, a letter he writes from the jail he is in at the time, one of 30 times he’s arrested that decade for fighting racism.

In “Letter from Birmingham Jail,” King, like Douglass before him, takes white people to task. He declares that the real “stumbling block” is not the white person who actively seeks to take the lives and dignity of black people, not the outright racist, but rather “the white moderate, who is more devoted to ‘order’ than to justice; who prefers a negative peace which is the absence of tension to a positive peace which is the presence of justice; who constantly says: ‘I agree with you in the goal you seek, but I cannot agree with your methods of direct action.’”

That same year, in “My Dungeon Shook,” written as a letter to his nephew, the great black writer James Baldwin speaks about the same problem—“innocent” white people. He writes, “they have destroyed and are destroying hundreds of thousands of lives and do not know it and do not want to know it.”

He continues, “these innocent and well-meaning people, your countrymen, have caused you to be born under conditions not very far removed from those described for us by Charles Dickens in the London of more than a hundred years ago,” that is to say, conditions of brutal, abject poverty.

Moreover, he declares, “It is the innocence which constitutes the crime.” The not knowing and not wanting to know is the worst part. Of course, he acknowledges that most white people will deny all this, adding, “I hear the chorus of the innocents screaming, ‘No! This is not true! How bitter you are!’” But, he concludes, “I know the conditions under which you were born, for I was there. Your countrymen were not there.” In fact, he adds, “most of them do not yet really know that you exist.”

Both King and Baldwin save their sharpest words for those white people who are “moderate” and “innocent.” These are the white people who do not seek to directly, purposefully harm their black brothers and sisters but who, nonetheless, when they see racism, look the other way, deny, ignore, minimize, criticize, impede, choose not to know, invent excuses, prioritize asserting their own “innocence” over working for justice. Even in the glaring brutality of segregation, just like in slavery before, these white people choose to pass by on the other side.

“Forgetting” During the Present

Let’s jump now to the present. Though segregation has long been dead (at least by law), racial inequalities not only persist but also, in recent years, have been growing stronger. Following Baldwin’s lead, Ta-Nehisi Coates writes a letter to his son about growing up black and poor. In Between the World and Me, he shares, “To be black in the Baltimore of my youth was to be naked before the elements of the world, before all the guns, fists, knives, crack, rape, and disease,” a situation that is the “result of policy, the predictable upshot of people forced for centuries to live under fear.”

To that, Coates responds, “To yell ‘black-on-black crime’ is to shoot a man and then shame him for bleeding.” This shaming and blaming of black people “vanishes the [white] men who engineered the covenants, who fixed the loans, who planned the projects, who built the streets and sold red ink by the barrel.” All told, he continues, most white people “have forgotten the scale of theft that enriched them in slavery; the terror that allowed them, for a century, to pilfer the vote; the segregationist policy that gave them their suburbs.”

Once again we see, just as under slavery and segregation, so also under the conditions of racism and racial injustice that mark the present, many white people, including Christians, still choose to pass by on the other side.

Too often we see our brothers and sisters of color who are suffering the effects of racism but go on down the road, avert our eyes, look away, pretend not to have seen, make sure to see no more. We ignore or make excuses for unequal educational opportunities, housing discrimination, employment discrimination, stereotypical representation in media, under-representation in government and business, police brutality, mass incarceration and other problems. We hear about racial injustices but our first response is to doubt, play devil’s advocate, change the topic, keep walking, keep scrolling, delay, deny, defer—not to listen. All of these are ways of passing by on the other side.

“Listening” in the Future

Although we did not make the world the way it is and should not have to feel guilty over what our ancestors may have done, Jesus still calls us to make the world better by loving our neighbors as ourselves. For many people—particularly white Christians but many others as well—the first step toward acting like the Good Samaritan is to stop acting like the priests and Levites in Jesus’ story. We need to stop passing by on the other side, start paying attention to the injustices that surround us, and listen, really listen, to what our black brothers and sisters have to say.

This listening might mean we sit down and have conversations with our black brothers and sisters about their experiences, without being defensive. We might seek out journalism and commentary on current events that includes black perspectives. We might also read works of black literature. Whatever practical steps we take, we need to adopt an attitude of listening.

In “Sonny’s Blues,” perhaps the greatest short story in all of American literature, James Baldwin describes how black artists strive “to find new ways to make us listen.” In the story’s compelling concluding scene, where the black man narrating the story watches his younger brother play the piano with great passion and great skill, Baldwin observes in the narrator’s voice: “Freedom lurked around us and I understood, at last, that he could help us to be free if we would listen, that he would never be free until we did.” This listening, this paying attention, this refusal to flinch, look away or walk away is the first thing the Good Samaritan does. May we all do the same.

Paul T. Corrigan teaches writing and literature at Southeastern University in Lakeland, Florida. He holds a PhD in literature. He has published a bunch of essays and a few poems. He lives in the Peace River Watershed, where he walks to work. More information at paultcorrigan.com.