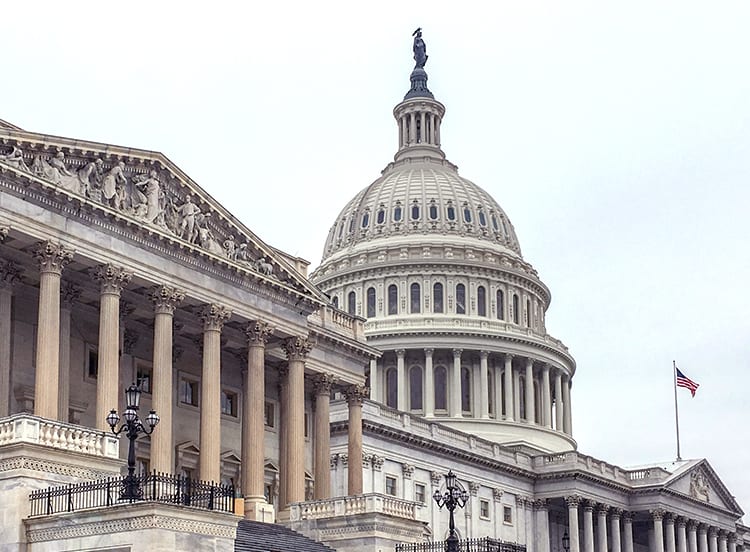 According to a LifeWay Research study, 71 percent of evangelical Christians believe there is a moral decline in our country because too many laws legislating morality have been struck down. Seeing those results made me cringe a little.

Because it means that there are followers of Christ who believe, at least to some extent, that laws regulating moral behavior are the best way to produce morality in people.

This position is troublesome because it misses the foundational truth of Christianity. Moral works aren’t enough to save us from the penalty for our sins or to restore our relationship with God. Rather, repentance and faith in Christ grants us forgiveness and relationship with God, and produces a godly lifestyle in us as Jesus works in our hearts.

As our nation adjusts to Christianity not having the type of cultural influence that it’s had in years past, many of my fellow Christians have grappled with the concept of morality in society just as I have.

So, can you legislate morality? Does Jesus want morality to be legislated? Is doing so effective?

When I use the term “legislating morality,” I’m referring these kinds of questions: To what extent are biblical morals supposed to influence broader society and how? Is it the job of the Christians to work in society toward this end? If we made more laws to influence people (even not-yet-Christian people) toward biblical morality, would our society in fact become more moral?

Here’s why “legislating morality” isn’t effective and why the way of Jesus is better.

It just makes them look like they are changed.

God doesn’t look at the outward appearance but at the heart. (1 Samuel 16:7) If the outward appearance is going to be right, the heart has to be right first. God does care about the outward. He does care about our actions and the kind of lives we live, but a heart can’t become righteous through externally imposed regulations. A heart can only become righteous through the transforming work of Christ in a person’s life. Then, a righteous lifestyle will overflow out of a heart that is growing in righteousness as a person walks with Christ (Galatians 5:16-25, 2 Peter 1:3-11).

Legislating morality is not how Jesus works.

Jesus rejected political influence when He was on this earth because that is not His chosen method to further His Kingdom in this world. He explicitly said that His Kingdom is not an earthly one (John 18:36). When people tried to make Him their king, He escaped the crowds (John 6:15).

Jesus taught us to preach the gospel to every person in the power of the Holy Spirit and teach believers to obey the things He commanded. That’s how people come to faith in Christ and grow in faith in Christ, straight from the mouth of Jesus. Not through Christian morals having political influence. Not through Christianity being the dominant culture-shaping voice in society.

I’m not saying we should promote lawlessness and allow people to rob and murder as they wish with no repercussions. And yes, I recognize there is an inherent moral quality in declaring some things legal and illegal based on their impact on society, even if all people may not agree on where that moral standard comes from. But we need to evaluate whether laws are God’s primary method of producing morality and change in people. They are not.

Rest assured, Jesus does have a Kingdomand it is not furthered through earthly political systems. Jesus’ Kingdom is formed in the hearts of people as they believe in His gospel, repent of their sins and turn to Him with their lives (Mark 1:15). When Jesus returns He will establish a physical kingdom on this earth forever, a kingdom filled with God’s righteousness. (2 Peter 10:13)

For now though, as Christ followers, we need to be less concerned with whether our faith has the most influence on legislation and more concerned about walking in our calling to be witnesses of Jesus in this world through the power of the Holy Spirit (Acts 1:8).

Only then we will truly partner with Jesus to tell people about Him and see them brought into His family.

People can’t genuinely come to know Jesus when pressured. That’s the whole reason God created us with free will. When we use political policy and influence to try to get people to live out Christian morality, it only pushes people to resent and reject Jesus.

Remember, obeying Jesus’ commands and being transformed by Him is preceded by faith in Him. And if we push Christian morals on people before they’ve had a chance to hear and willingly respond to the message of Christ, we will misrepresent Jesus to people and hurt them in the process.

There’s a problem when our God-given assignment as Christians is to be messengers of reconciliation with God and our methods are pushing people away from Him (2 Corinthians 5:18-21).

Legislating morality is about preserving our own comfort, not seeing people come to Christ.

Christians don’t have the right to live completely separated from people who don’t share the beliefs and practices of their faith.

The Constitution affords rights to all citizens of our nation of free speech, freedom of the press, freedom to practice their respective faiths or not practice any faith at all. These rights don’t only apply to Christians. By the way some Christians react to people doing and saying things that are different than their Christian beliefs, you wouldn’t know it though.

People have a right to live in ways you disagree with.

That right, greater than being afforded by American law even, is afforded by God because He gives all humans free will and calls them to follow Him by choice, not force. No, He doesn’t agree with sin or rebellion against Him. Yes, there are eternal consequences for unrepentant sin against God. Yes, God wants every person to repent of their sin and be saved. Every person, however, has to respond to His call by their own choice (Acts 17:30-31).

Further, nowhere in the Bible does it say that Christians should hide in a bubble and avoid everyone who isn’t like them. It says the opposite, actually (Matthew 5:14-16, 1 Corinthians 5:9-13).

If Jesus interacted with people who didn’t yet believe in Him and follow His commands, then we as Christians should interact with people who don’t yet share the beliefs and practices our faith—and not just to convert them.

Jesus preached the gospel to people who did not know Him. He called them to leave their sin and follow Him, but He also shared meals and conversation with them.

This made the Pharisees angry. They asked Jesus’ disciples why He ate with “such scum.” Jesus came to the defense of the “sinners” and rebuked the ones who thought their religion gave them the right to look down on “outsiders” (Matthew 9:9-13).

They got so caught up with religion for religion’s sake that they completely missed the heart of Jesus and the purpose of what He wants to do in the lives of people.

Jesus expects us to bring His healing into this world so He can restore people’s broken relationship Him. We can’t do that if we’re busy hiding from or trying to sanitize everyone who is different from us solely for own comfort. When we do that, we’re no better than those Pharisees.

We are Christ’s representatives in this world and we can’t afford to make that mistake. He loves everyone, even while they are still in rebellion against Him (Romans 5:6-11). He is working to reconcile people to Himself, not condemn them and push them away (John 3:16-17, 2 Corinthians 5:18-21).

Everything about the way we treat people who don’t share our Christian faith should communicate that. Everything about the way we interact with people should communicate Jesus’ heart to love and reconcile people to Himself. That includes lovingly and graciously speaking the truth of His message and having meaningful relationships with people as we do it.

Jesus has a better way than legislating morality. The Good News of Jesus is still the power of God for salvation for all who believe.

blogs at jasminpatterson.com to help both seekers and believers discover and live biblical Christianity. She lives in Kanas City, MO and loves music, books, and a good cup of tea.

The Lasting Questions Left by ’13 Reasons Why’

Watch Bono Pay Tribute to the Victims of the Congressional Shooting