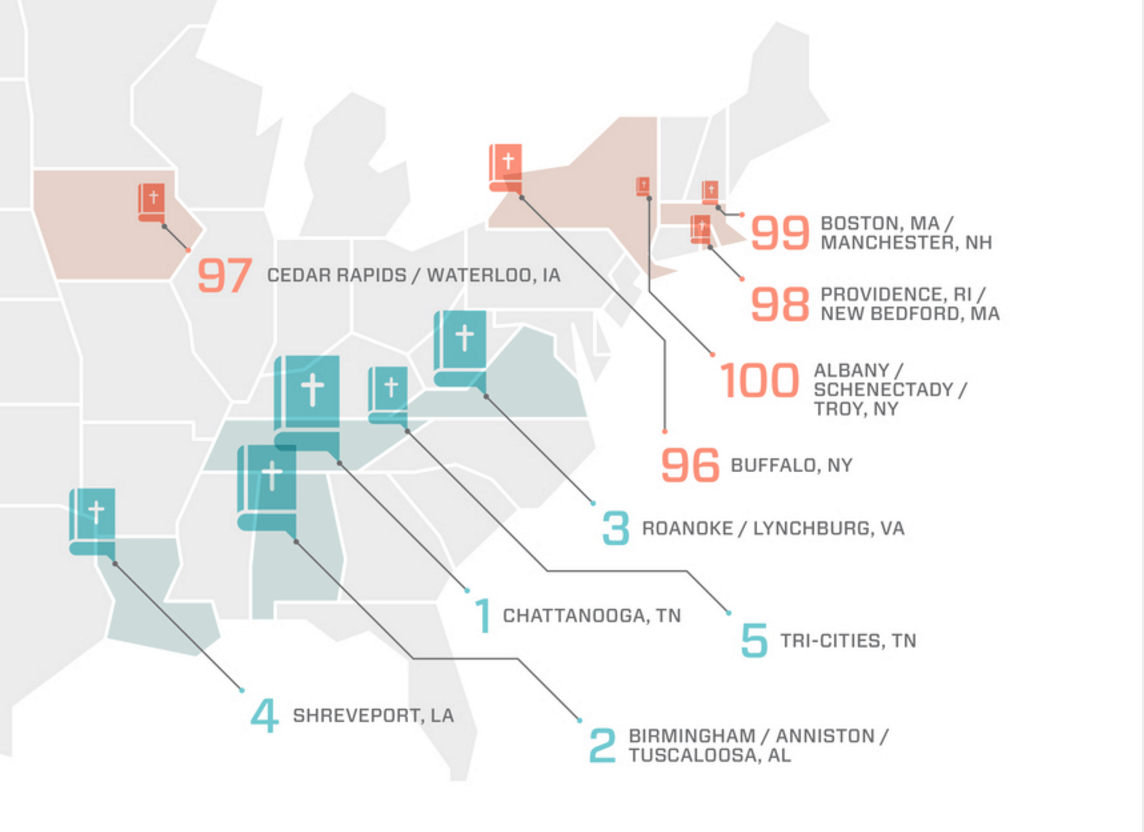 Barna and the American Bible Society have just released their annual look at the most “Bible-minded” cities in the country. The big takeaway? The South really is still the Bible-belt (as seen in this infograph from Barna. The study measures “Biblical engagement” by conducting national surveys that gauge how frequently residents actually read the Bible and asks how “strongly [they] assert the Bible is accurate in the principles it teaches.” All of the top 10 most Bible-minded cities this year were below the Mason-Dixon line.

Chattanooga, Tennessee (2012 – 2014’s most Bible-minded city), reclaimed the No. 1 spot and was followed by the Birmingham/Anniston/Tuscaloosa metropolitan area of Alabama, Roanoke/Lynchburg, Virginia, Shreveport, Louisiana and Tri-Cities, Tennessee. Much like previous years, most the “least Bible-minded” regions were in the Northeast, with the Albany/Schenectady/Troy area claiming the top spot, followed by Boston and Providence, Rhode Island. You can go here to see the full list.

Cats Is Clawing Its Way Back to Broadway

New U.S. Visas Make It Harder for Travelers Who Have Been to Syria