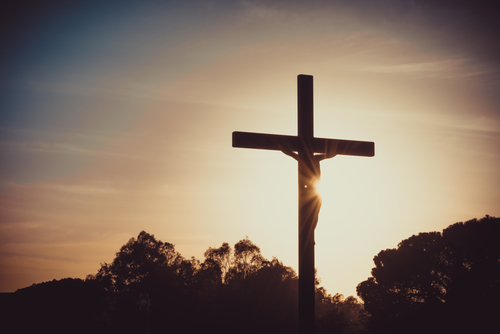 Lent has been a somewhat elusive idea for me ever since I was young. Instead of Lent being about returning to Jesus, it was often ruled by my perfectionism. For example, when I was in fifth grade I participated in Lent by giving up meat. I succeeded in refraining from even one chicken nugget, and this turned into me being a vegetarian for the last 11 years. It wasn’t related to Jesus’ 40 days in the desert or being reminded of my dependence on Him. It was simply another checked box on my spiritual good deeds list.

This year Lent began and I thought I really got it. I thought about how I was giving up what I labeled as “quick fixes,” meaning anything that I turned to instead of Jesus which ranged from numbing myself with Netflix binges to eating a pint of Ben & Jerry’s after a bad day. I wanted to repent of the vices that weren’t healthy and kept me from turning to Jesus in my pain or frustration.

I was amped up and thought that finally, this time, I understood Lent. I was going to be so much closer to God and a better version of myself. And in that very perfectionistic thought, I completely missed the point of Lent.

As the sinful human I am, I failed. I failed over and over again. For the last six weeks it has felt like life has punched me in the gut, knocked the wind out of me and then kicked me when I was down. And in the pain and frustration I found myself turn from praying and leaning on Jesus, to engaging in anything that would give me relief, even if I had a terrible stomachache or hangover after.

As I sat in service for Palm Sunday this week, overwhelmed by my circumstances and feeling completely unable to be the Christian I wanted to be, my pastor in brutal honesty admitted that at the end of Lent, instead of feeling in control and closer to God, he only felt more aware of his sin. I wept in that moment as he captured exactly how I was feeling.

Lent has not made me in control or accomplished my goal of being a better Christian. If anything it has only highlighted all of my weakness and inability to worship God the way I wish I could. As Lent came to an end I felt weaker and more in need of a Savior than ever. And that was the moment I finally understood Lent.

Lent is not about our abilities or sheer will and motivation to pull ourselves up by our bootstraps and be perfect image-bearers. In fact, Lent is about exactly the opposite. I can’t do anything perfectly, especially not by my own human ways. No matter how hard I try, no matter how much I long to attain perfection, I will fail every time. But how much greater am I able to appreciate the cross this Sunday, when I realize exactly how much I need it.

Often I feel like the cross was a great historic event, but like all history it is in the past. Being saved feels past tense. Lent reminds me that I need the cross every day. Every moment, I need a Savior whose sacrifice is greater than all my failures, whose grace outweighs my constant pattern of sin. Leaning on Jesus isn’t just a nice spiritual practice, but a desperate human need.

In acknowledging my great weakness and immense sin, I find beauty in my inadequacy, because God saw it and sent down His only son. It was the only way; just like the only way I will ever be close to God is when I let Jesus intercede for me. I look forward to this Easter Sunday as I worship the grace of God. I can never save myself, but He saves me over and over. Even in my greatest failure, He is greater still.