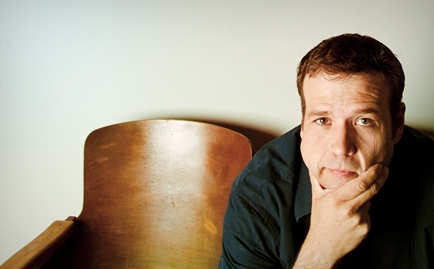 Every so often I get a healthy perspective about the temporal nature of life. I’m reading a book now by a man in his 80s who states in his introduction that the first 80 years pass like a flash. His exact words are, “Eighty years sounds like a long time until they are behind you.”

I have a love/hate relationship with death. I like life. I enjoy getting up every morning. I like my job and my friends and the city where I live. I have bad days, but not many. And I like building things in this life. I like building books and launching others into their careers. And yet, every once in a while, I realize this whole thing is going to be taken away. It’s enough to make me quit, honestly. It’s enough to make me wonder whether I’d not be better to get married and run a small shop and spend more time walking my dog along the river, because what’s the point of building something when you just have to let it go?

I was with my friend Jim Chaffee recently for a rare speaking gig in a warm climate during winter and we took a day to just play in the sun. We rented jet skis and rode around the bay in St. Maarten. Towering between the bay and the ocean stood the largest privately owned yacht in the world, owned by a Russian businessman whose name I forget. It was pretty fun to ride my rented water scooter around the thing. It was as large as a cruise ship.

Later I found myself wondering how hard it would be if you were that guy, knowing all you’ve built and accumulated would have to be left behind. I wondered whether, even if he believed he were going to heaven, he would wish he could stay since in heaven he’d likely just have to start all over. I wondered whether he hated death, hated thinking about it and, not unlike the Egyptian rulers of old had elaborate plans to keep his memory and power alive. I wondered whether he thought he could beat death.

This whole following Jesus business is largely about giving Him control, or more, realizing we don’t have control to begin with. And a great way to measure whether or not we’ve given Him our lives is to ask ourselves if we’ve given Him our death. Are we are OK with the fact that some day soon we are going to part with all that we’ve made, all that we’ve done and no longer have an ounce of control over what happens on the earth?

I’ll be very candid with you here. If it weren’t for the reality of death, I’d have much more trouble following Christ. Death means some day I have to trust Him, and life is something like a preparatory academy for that moment. If I can trust Him with my death, I can trust Him with my life, and that means my next book and my romantic confusion and my anger and desire to get even and my money and all the rest. Death doesn’t give me a choice. And so I’m thankful.

This can either be a terrifying thought or a comforting thought. If you’ve accumulated a lot of power and stuff, death may be a bit of a let down. Death can be comforting, though, when you realize the stuff you are worried about simply won’t matter after you die.

In John chapter 11, Jesus has a peculiar view of death. His friend Lazarus has died and Lazarus’ sisters send word to Jesus. Jesus hears the news and says: “This illness does not lead to death. It is for the glory of God, so that the Son of God may be glorified through it.” Jesus is most likely talking about the fact He is going to raise Lazarus from the dead and display that He and God the Father are indeed one, so that others will trust Him. Regardless, death isn’t a concept of which Jesus has any fear.

I’m asked often why God would let terrible things happen in this world, mostly things that involve unfair and unjust death. It’s a good question, and one of the things I’m reminded of when I’m faced with it myself is that God knows what happens on the other side of life and we don’t. Sure, we have vague ideas, but most scholars assume they know much more than the Bible lets on.

But God doesn’t tell us everything about the afterlife. If death is a door through which we walk, God is on the other side of the door, and apparently God isn’t all that worried about what’s happening in the other room. From our perspective, what seems atrocious and terrifying is perfectly fine to Him. Perhaps the terror is all ours for not trusting Him. He can’t be responsible for unreasonable fears created in our imaginations. Still, Jesus has compassion. Jesus sees His friends weeping over the death of their brother and friend and is troubled, the Bible says. And He even weeps with them. Some say Jesus weeps because He is about to bring Lazarus back from paradise, but nothing in the text confirms this. I think He was weeping because these were his friends and they were devastated.

Jesus gives a great deal of comfort to Martha, saying: “I am the resurrection and the life. Whoever believes in me, though he die, yet shall he live, and everyone who lives and believes in me shall never die. Do you believe this?” And Martha said to him, “Yes, Lord; I believe that you are the Christ, the Son of God, who is coming into the world.”

Jesus is asking Martha, and all the rest of us, to trust Him with our lives and even our deaths. But that’s a tough thing, isn’t it? To trust Jesus with our lives and our deaths, we have to give up all control. Then Jesus shows them, and those of us who believe, the power He has over death. He goes to the tomb and has them roll the stone away. He yells for Lazarus to come out, and Lazarus, still bound in funeral linens, stumbles out, the linens wrapped around his hands and feet and even his face. People rush to him and unwrap the linens so he can breathe.

So the question to us is pretty clear: Do we trust Jesus with our deaths? Do we trust Him with our lives? Some will, some won’t. I do. I find Him trustworthy. Perhaps because He weeps when us when we are devastated. Whatever He’s got going on on the other side of the door is where I want to be. As long as He’s there.

Donald Miller is the author of Blue Like Jazz (Nelson) and A Million Miles in a Thousand Years (Nelson). This article is made of up content that originally appeared on his blog and is used by permission.

Make Up or Break Up?