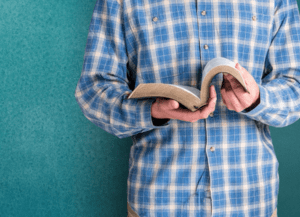 Last week, InterVarsity Christian Fellowship rolled out a new policy that banned employees from holding theological beliefs that support same-sex marriage. Employees who disagree with the organization’s “Theological Summary of Human Sexuality” must inform their supervisors, effectively ending their employment with InterVarsity after a two-week period. The organization plans to pay for “outplacement service costs” for a month following.

The announcement met significant backlash. And today, that backlash reached a new level: 40 InterVarsity published authors and notable alumni are protesting the decision.

In a letter to InterVarsity leadership, published later by Religion News Service, authors such as Shane Claiborne, David Dark and Christena Cleveland call on the organization’s president and CEO Tom Lin to amend the policy to allow for divergent views.

Chris Heuertz, a pastor in Nebraska and author of multiple books with InterVarsity, sent the letter to Tom Lin via email on Tuesday afternoon.

The letter, in part, reads:

To Tom Lin, the InterVarity Christian Fellowship USA Cabinet and Board of Directors,
As authors who have published with InterVarsity Press (IVP), we are deeply troubled and concerned about your organization’s recent “involuntary termination” policy. Since our IVP books indirectly tether us to your organization, we feel it is necessary to make our feelings known to you and those with whom we have relationships. We understand that conversations related to marriage, sexuality, and gender are critical for Christians, but we also recognize that Christians of mutual goodwill can have those conversations and arrive at various conclusions. While we do not all share the same theological or political views, we are united in our concern for the dignity and care of our fellow Christians whose jobs are threatened by your policy.

A list of all the authors who signed the letter are included in the RNS report here.

Along with this letter and signatures, a petition on Change.org now has more than 1,000 signatures from InterVarsity alumni, who’ve worked there over the years.

After the initial wave of pushback, including an extensive article at Time, InterVarsity responded on Facebook:

We know that LGBTQI people have experienced great pain, including much caused by Christians. We also know that we ourselves each need Jesus’ grace daily. So we attempt to walk humbly in this conversation.

We do continue to hold to an orthodox view of human sexuality and Christian marriage, as you can read in our Theology of Human Sexuality Document at the bottom of the article.
That said, we believe Christlikeness, for our part, includes both embracing Scripture’s teachings on human sexuality—uncomfortable and difficult as they may be—as well as upholding the dignity of all people, because we are all made in God’s image.

Some will argue this cannot be done. We believe that we must if we want to be faithful followers of Jesus.

So far, the organization hasn’t responded to the letter written by their authors.

Chris Pratt Visited a Children’s Hospital and Told Instagram ‘Don’t Withhold Good From Those to Whom It Is Due’ (Proverbs 3:27)

This Drum Cover from Mutemath’s Darren King Is Seriously Incredible