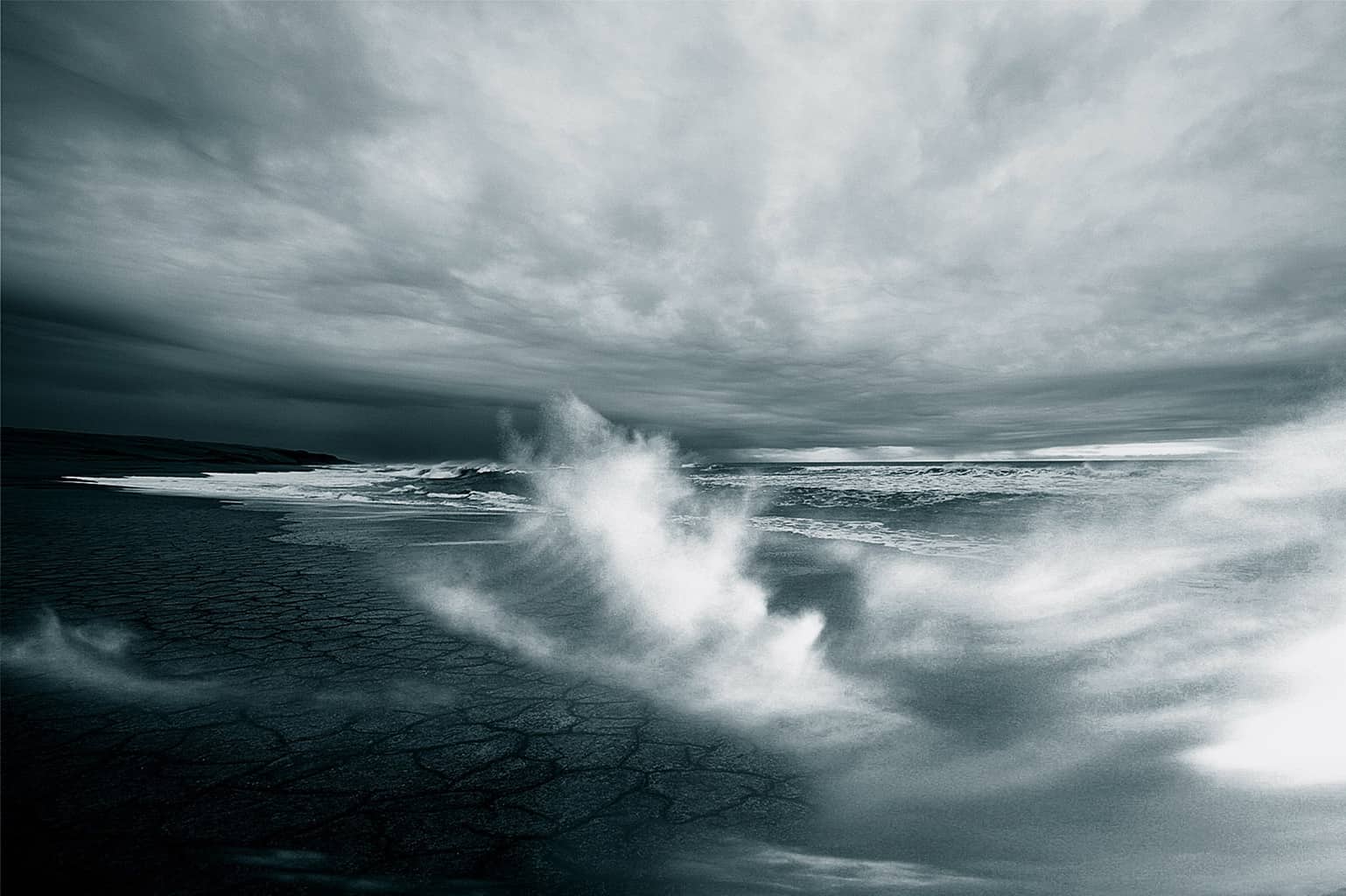 One of the most disconcerting aspects of Christianity in our modern era is the growing trend to reshape the traditional understanding of the Bible. For over a century now, theologians have “discovered” numerous new ways to interpret the Bible which, when you take them through to their logical conclusions, are really just new methods to reduce the Bible’s importance and to take God’s authorship out of the equation.

With this accomplished, anyone with even the most basic level of reading skills can pick and choose what they want to follow and believe and dismiss the rest as being untrustworthy or out-of-date.

The problem with this is that humans are inherently flawed. “For all have sinned and fall short of the glory of God” writes Paul in Romans 3:23, and “My thoughts are not your thoughts, and your ways are not My ways,” says God through the prophet Isaiah (55:8).

One of these interpretations that has gained prominence in the last few decades is the idea that the God of the Old Testament is somehow different from the God of the New Testament, and that the “obvious differences” between the two Testaments are the fault of human misunderstanding.

One proponent of this idea is Brian Zahnd, author of the book Sinners in the Hands of a Loving God (a key excerpt of which was published by RELEVANT). There are many who like Zahnd’s thinking because, as Rachel Held Evans says in her review of the book, “Zahnd cuts through all the fear and fundamentalism to reveal a gospel that is indeed good news.”

I dislike highlighting specific proponents of theologies that I believe are dangerous because I believe it prevents all of us from actually learning something, and instead simply pits one against another. That is therefore not my intention, and I do not claim to judge either Brian Zahnd’s or Rachel Held Evans’ larger theologies.

I’d like to focus on two specific claims that Zahnd makes that, whether intentionally or otherwise, seem to undermine the authority of the Bible. The Apostle Paul told his young disciple Timothy, “All Scripture is inspired by God and is profitable for teaching, for rebuking, for correcting, for training in righteousness” (2 Timothy 3:16, emphasis mine).

My personal belief might be seen as “fundamentalism” by some—as if I am somehow embarrassed by the idea that I believe the Bible is accurate and inerrant—but if we begin degrading the validity of any portion of Scripture, then we invalidate the entire Scripture. For me, a “fundamental” interpretation of the Bible is what reveals its good news.

A common complaint made by those who struggle with the idea of a vengeful God is God’s command for blood sacrifices. Zahnd writes:

For example, the Torah [the first five books of the Bible] assumed that Yahweh, like all the other gods, required ritual blood sacrifice, but eventually the psalmists and prophets take the sacred text beyond this earlier assumption.

This statement proposes several faulty conclusions. First, “the Torah assumed” nothing at all—we either accept that “The Lord spoke to Moses” (Leviticus 6:8) and instructed him in the necessary burnt, grain, sin, restitution and fellowship sacrifices (Leviticus 6-7) or we dismiss that God spoke to Moses at all and believe that Moses made the whole thing up.

The second faulty conclusion is Zahnd’s contention that “the psalmists and prophets” moved “beyond this earlier assumption.” This assumption is a critical component of the argument—that there was a progressive series of revaluations of God’s character as time went on.

However, when we look at the book of Ezra—which takes place approximately a thousand years after God spoke to Moses, hundreds of years after many of the Psalms were written, and 400 years before Jesus Christ was born—we see that Zahnd’s theory is simply inaccurate, as Israel reinstituted sacrifices to God even before they began reconstructing the temple (Ezra 3).

Finally, and the most important point to make against the idea that blood sacrifices weren’t part of God’s design, is that Israel most assuredly did not misinterpret God with regards to “blood sacrifices” because in the New Testament we see Jesus take the role as the ultimate blood sacrifice: For God presented Jesus as the sacrifice for sin. People are made right with God when they believe that Jesus sacrificed his life, shedding his blood (Romans 3:25).

The blood sacrifices God instructed Moses to institute as part of Israel’s worship of Him were meant to pave the way for the only and ultimate blood sacrifice that could save humanity from our sin.

The second and stickiest issue for those struggling with the idea of a vengeful God is the way He goes about judging humanity for their sins. Zahnd explains his point of view:

Even a casual reader of the Bible notices that between the alleged divine endorsement of genocide in the conquest of Canaan and Jesus’s call for love of enemies in his Sermon on the Mount, something has clearly changed! What has changed is not God but the degree to which humanity has attained an understanding of the true nature of God.

But should any Christian be “a casual reader of the Bible”? No! We should all be students of the Bible, even if we simply commit to reading and re-reading the Bible all our lives. Did God ever give any “alleged divine endorsements”? No, there was nothing “alleged” about them! A

gain, we either accept “all scripture is inspired by God” or we throw the whole thing out. Is there a shift between the God of the Old Testament and the God, in the form of Jesus Christ, in the New Testament? No! Zahnd points to the Sermon on the Mount but ignores words Jesus spoke likely only days later:

Jesus warns the people of Chorazin and Bethsaida of such, as did His Father thousands of years earlier. There has been no change in character or temperament, only a change in the method of God’s just judgment.

I think one of the most important verses to understand God’s character is found in the Old Testament, in Exodus when God allowed His glory to pass in front of Moses:

Yahweh is a compassionate and gracious God, slow to anger and rich in faithful love and truth, maintaining faithful love to a thousand generations, forgiving wrongdoing, rebellion, and sin. But He will not leave the guilty unpunished, bringing the consequences of the fathers’ wrongdoing on the children and grandchildren to the third and fourth generation (Exodus 34:6-7).

God doesn’t have an anger-management problem, God has a sin problem—He doesn’t like it! He wishes we would stop sinning and turn to Him. God has given humanity every opportunity to turn from our sin: He revealed Himself in creation and He revealed Himself and His will through His word. Most importantly, God revealed Himself by sending His Son, the incarnate God, who reveals His Father to us.

Brian Zahnd is correct when He says that “Jesus is the only perfect theology” but it is important to remember that Jesus was promised in the Old Testament, making it an intrinsic part of that perfect theology revealed in Jesus; Jesus is the ultimate fulfillment of the Bible, both its love and judgment.

Claiming that God has changed or that the writers of the Bible misunderstood Him requires tremendous theological gymnastics and intentional ignorance and blindness of both the Old and New Testament. Jesus did not turn a blind eye to sin or avoid pronouncing judgment on those who sinned because that was part and parcel of who He was and why He came—to reveal His Father to those who would hear and reveal the punishment for those who ignored His message.

It might not be palatable that God judges people for their sin but that’s not up to you or me to decide. Our sin separates us from God’s love and salvation—only Jesus’ death on the cross bridges that gap for us. In the end, we either accept the (perceived) good and the bad that comes with God’s grace, or we ignore it all.