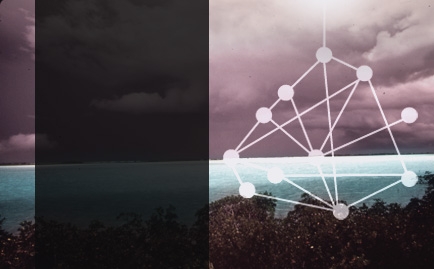 Many Christians find it difficult to believe there is only one way to God because they know kind, respectable people who do not believe Jesus is the only way to God. Who are we to judge? In fact, many of our friends believe the opposite—namely, there are many ways to God, a view called religious pluralism.  Over the past four years in Austin, Texas, (a case study city for Harvard’s Pluralism Project) I have had the opportunity to meet, know and talk with both Christian and non-Christian pluralists. As I have reflected on these conversations, it seems there are at least three reasons people drift to religious pluralism. They believe there are many ways to God, not just one way, because it seems more enlightened, humble and tolerant.

What Do the Religions Teach About God?

Is the belief that all religious paths lead to the same God more enlightened or educated? Well, all religions teach very different things about whom God is and how to reach Him. In fact, there is a lot of disagreement between the religions regarding the nature of God. Buddhism, for example, doesn’t believe in God. Islam teaches an impersonal monotheism, Allah. The Koran states that God reveals His will but not His person. Christianity teaches a personal trinitarianism, where God is three persons in relationship, Father-Son-Spirit that can be known and enjoyed. Hinduism is all over the map on this question, ranging from polytheism to atheism. The reason for this is because there is an absence of definitive revelation to clarify their “theology.” Instead Hinduism has multiple sources of revelation (Upanishads, Vedas, etc.). Contrary to Islam, Hinduism has no presuppositions about the nature of God.

In short, religious views of God differ. If so, it would seem far from “enlightened” or educated to claim that all religions lead to the same God, when their views of God are, in fact, radically different. Moreover, the various “ways” to God in each religion also differ. The claim of religious pluralism actually contradicts the tenets of the religions themselves.

Why, then, would educated people continue to insist on an inaccurate view of other religions? One major reason is because they believe it to be an act of humility and love. Very often I hear people say: “Who am I to judge someone else’s religion, to tell them they are wrong?” This implies, of course, that maintaining Jesus is the only way to God is arrogant. I’ll be the first to admit there are angry, arrogant Christians who rudely insist that Jesus is the only way to God. I’d like to apologize for those kinds of Christians. Arrogant insistence on your beliefs actually runs counter to the life and teachings of Jesus.

But the claim of the religious pluralist is arrogant because it enforces its own belief on others. This can be incredibly arrogant, particularly if the person saying this hasn’t studied all the world religions in depth and makes this blind assertion. Upon what basis can the religious pluralist make this exclusive claim? Where is the proof that this is true? To what ancient Scriptures, traditions and careful reasoning can they point?

To be tolerant is to accommodate differences, which can be very noble. I believe Christians should be some of the most accommodating kinds of people, giving everyone the dignity to believe whatever they want and not enforcing their beliefs on others through politics or coercive preaching. We should winsomely tolerate different beliefs. Interestingly, religious pluralism doesn’t really allow for this kind of tolerance. Instead of accommodating spiritual differences, religious pluralism blunts them.

The claim that all paths lead to the same God actually minimizes other religions by asserting a new religious claim. When someone says all paths lead to the same God, they blunt the distinctives between religions, throwing them all in one pot, saying: “See, they all get us to God so the differences don’t really matter.” This isn’t tolerance; it’s a power play. When asserting all religions lead to God, the distinctive and very different views of God and how to reach Him in Buddhism, Hinduism, Christianity and Islam are brushed aside in one powerful swoop. The Eightfold Noble Path of Buddhism, the 5 Pillars of Islam and the Gospel of Christ are not tolerated but told they must submit to a new religious claim—all ways lead to God—despite the fact that this isn’t what those religions teach.

People spend years studying and practicing their religious distinctives. To say they don’t really matter is highly intolerant. The very notion of religious tolerance assumes there are differences to tolerate, but pluralism is intolerant of those very differences. In this sense, religious pluralism is a religion of its own. It has its own religious absolute—all paths lead to the same God—and requires people of other faiths to embrace this absolute, without any religious backing at all.

The Way, the Truth and the Life

I’d like to suggest three ways that Christianity can be humble, enlightened and tolerant from the claim of Jesus Himself: “I am the way, and the truth and the life. No one comes to the Father except through me” (John 14:6 ESV).

First, Jesus is the Way. What does this mean? As the way, Jesus doesn’t create a path for us to hike. We can never make it, do enough spiritual, moral or social good to impress God. Much less love Him with all our soul, mind and strength. We can’t make it up the path. We all fail to love and serve the infinitely admirable and lovable God. In fact, we love other things more, which is a crime of infinite proportions. It’s against a holy, righteous God. The sentence for our crime must be carried out.

He hikes down into our sin, our rebellion and our failures, and He heaps them all on His back and climbs on a cross, where He is punished for our crime, a bloody gruesome death. The innocent punished for the guilty. This is what it means for Jesus to be the way. He is the redemptive way. He takes our place. This understanding of Jesus as the way should make us incredibly humble not arrogant. We realize how undeserving we are and how much mercy we have been shown.

Jesus is also the Truth. What does that mean? In John 1, we are told that God became flesh and was full of grace and truth in Jesus. The truth is that God is Jesus. This is enlightening. Christianity is the only religion where God comes down to man and becomes man. In all other religions man has to work his way to God. The truth is Jesus, the Truth, is a person, and the Truth dies in our place, for our crimes, and in turn gives us His life.

Finally, Jesus is the Life. Later on in John, Jesus says He is the resurrection and the life, and that whoever believes in Him, "though he die yet he will live” (11:25). He goes down into the valley to take our death and rises up from the dead on the other side of valley where He prepares a new place for us to enjoy life with Him forever. The hope of that life should break into the lives of Christians today, making us persuasively tolerant.

We tolerantly extend people the dignity of their own beliefs. We don’t minimize the differences between religions. We honor them. The life of Christ produces in us true humility. But it also produces in us true enlightenment. We’ve come to grasp grace that God works His way down to us, dies for our moral and religious failures and offers us life. If this is true, we must lovingly, humbly try to persuade others to believe in Jesus, who alone offers the wonderful promise of the way to God, the truth of God and life of God.

Jonathan Dodson (M.Div, Th.M) is happy husband to Robie, and proud father to Owen, Ellie and Rosamund. He is also the lead pastor of Austin City Life church and a leader in The GCM Collective and Gospel Centered Discipleship.com. Jonathan is also the author of forthcoming Gospel-Centered Discipleship and writes regularly for The Resurgence, Boundless, and The High Calling. He blogs at jonathandodson.org, enjoys listening to M. Ward, watching sci-fi and following Jesus.