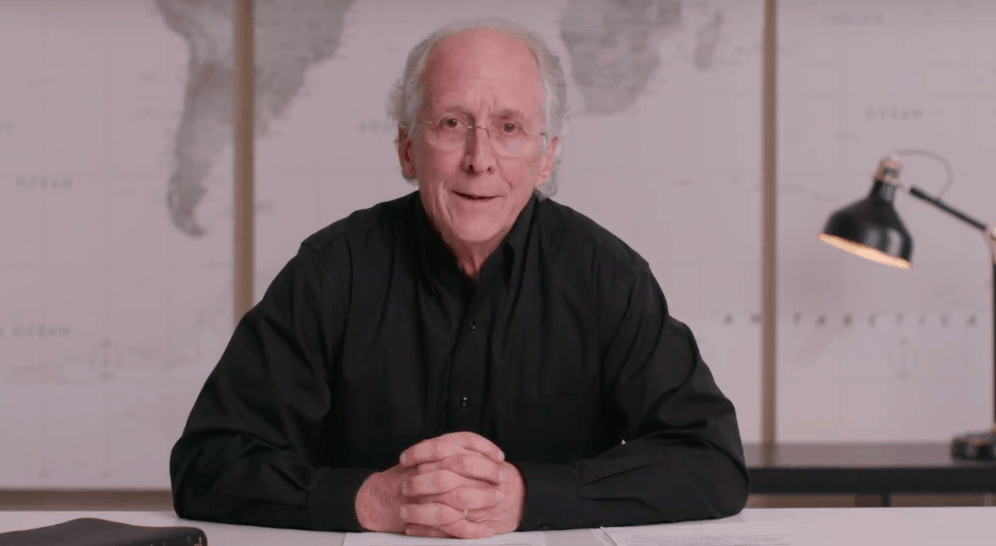 This weekend, activist and author Lisa Sharon Harper caught wind of a 3-year-old post on desiringgod.com by pastor and writer John Piper. The post, titled “Should Women Be Police Officers?” was a transcript of Piper answering a question from a listener, Beth, who describes herself as “a woman who enjoys being a woman” but at the time, “felt drawn to police work as a vocation.”

So she asks Piper, “Can a single Christian woman, who is a complementarian, become a police officer?“

Over the course of about 10 minutes, Piper essentially answers that women probably should not be police officers—if they want to live a life of submission to Scripture.

If a woman’s job involves a good deal of directives toward men, they will need to be non-personal in general. If they don’t, men and women won’t flourish in the long run in that relationship without compromising profound biblical and psychological issues.

Conversely, if a woman’s relationship to a man is very personal, then the way she offers guidance and influence will need to be more non-directive. My own view is that there are some roles in society that will strain godly manhood and womanhood to the breaking point. But I leave women and men in those roles to sort that out. I have never tried to make that list.

So the key is: Do they deeply want to shape their whole lives by Scripture? And we may come to different views on some roles, but that submission to Scripture is a great common ground.

It’s not necessarily a good exercise to examine all the things Piper says and believes and point out why they’re wrong and reductive. Many people have explicitly addressed those reasons whenever Piper shares his beliefs involving gender, which generally center around the idea that women have been put on this Earth for the benefit of men (“At the heart of mature womanhood is a freeing disposition to affirm, receive, and nurture strength and leadership from worthy men in ways appropriate to a woman’s differing relationships.”).

A better exercise is understanding the bigger elements of power, gender and race that Piper used in his response, which Harper expertly laid out in her 30-tweet thread.

Notice how .@JohnPiper “defines” manhood and womanhood. First narcissistic control tactic: DEFINE THE WORLD. Claim it is on divine authority, but offer no evidence. #THIS is the core sin of people deemed “White” who are male. They claim the power of God to define the world. 4/

But #actualscripture says only God is God. Only God has authority to define the world. We do not. We are made in the likeness (dmuwth) of God, but we are NOT God. So, 3/5ths Compromise declared blacks to be 3/5ths of human being by law—SIN. 6/

Harper also relates this back to slavery and the roles of white men.

Finally, why call out .@JohnPiper’s @TGC #White male Centered perspective? What does #whiteness have to do with it? Here’s what: Piper’s exact view of mature womanhood secured white male domination over white women and everyone else during antebellum slavery and Jim Crow. 24/

She ends with a final note to Beth:

To Beth, whose inquiry to .@JohnPiper sparked this #thread: Exercise ur divine call/capacity to exercise dominion. Serve protect steward the world. Do this in the likeness of the dominion of God—with humility and love for all. #maturewomanhood #silenceisnotspiritual #thread 30/30