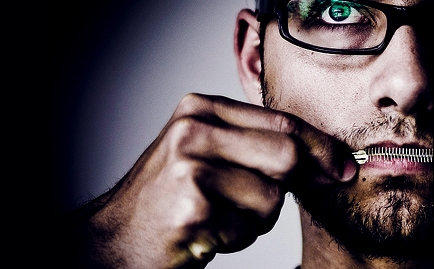 "Is honesty really the best policy?" This is a notorious question. And it is important, but not as important as asking what it is inside of us that tempts us to be dishonest. My first response to this question is to note that it is possible to be a person who never lies and yet still be a hardened sinner, cut off from Christ in unbelief. You can be virtually free from lying and still be unregenerate and bound to sin because there are plenty of cultural and personal incentives to tell the truth that have nothing to do with God. It isn’t necessarily holy to want a reputation of dependability—to be known as a person whose word is as good as an oath.

At the same time, it is also possible to be a person who fears the Lord, walks by faith and yet feels constrained in extreme, life-threatening situations to oppose evil by lying. There are several stories in the Bible where this is exactly what happened.

In Exodus, Pharaoh decides to weaken the people of Israel by killing every newborn boy (Exodus 1:16, NRSV). But the midwives disobey and let the boys live. When the king of Egypt asks them why they’re doing this, they answer, “The Hebrew women … are vigorous and give birth before the midwife comes to them” (Exodus 1:19).

Now, regardless of how vigorous the Hebrew women are, this statement is a lie. It is meant to lead Pharaoh to believe a falsehood—namely, that the midwives were doing their best to obey but just couldn’t get there in time.

Does their dishonesty displease God? It doesn’t seem like it, according to the next verse: “God was kind to the midwives and the people increased and became even more numerous.” They’re not rebuked; they’re blessed.

Rahab and the Two Spies

Another example is found in Joshua 2. Joshua sends two men to spy out Jericho, and the king of Jericho finds out. They go to Rahab, a prostitute, and she hides them. When the king’s messengers come looking for them, she says: “The men came to me, but I did not know where they came from. And when it was time to close the gate at dark, the men went out. Where the men went I do not know. Pursue them quickly, for you can overtake them” (Joshua 2:4–5).

The rest of the chapter tells how she believes in God and is delivered when Jericho is attacked. So the biblical interpretation of her action is that it was done from a heart of faith—even though she lied.

I conclude from these two stories that it is possible to be a person who fears the Lord (like the Hebrew midwives) and who acts in faith (like Rahab) and yet feels constrained in extreme situations to oppose evil by lying.

So, is it ever right to lie? I am willing to say only that it is possible, instead of answering the question simply with “yes,” because in neither of these cases (nor anywhere else in Scripture, that I am aware of) does the Bible explicitly approve of lying itself. The midwives are commended for fearing the Lord and not killing the babies. And Rahab demonstrates faith by welcoming the Israelite spies. But their lying is not explicitly approved.

As a pastor, I’ve struggled a long time with how to think and teach about these borderline cases. I’ve concluded that the wisest thing for me to do is to acknowledge that in the fear of God and in the walk of faith, worthy saints have chosen to oppose the effects of evil by concealing the truth from wicked men.

Having recognized that lying may be acceptable in rare situations, we should now consider the overwhelming biblical emphasis condemning falsehood.

There are six things the Lord hates, seven that are an abomination to Him: haughty eyes, a lying tongue, and hands that shed innocent blood, a heart that devises wicked plans, feet that hurry to run to evil, a lying witness who testifies falsely, and one who sows discord in a family. (Proverbs 6:16–19)

How God Can Redeem the Lost Years of Our Broken Past

Lying lips are an abomination to the Lord. (Proverbs 12:22)

But as for the cowardly, the faithless, the polluted, the murderers, the fornicators, the sorcerers, the idolaters and all liars, their place will be in the lake that burns with fire and sulfur, which is the second death. (Revelation 21:8)

In Ephesians, the apostle Paul says to “put away your former way of life, your old self, corrupt and deluded by its lusts” (4:22). Then he says, “So then, putting away falsehood, let all of us speak the truth to our neighbors” (4:25).

It is clear that falsehood is a specific characteristic of the “old self.” Paul is saying: “Get rid of your old self. Specifically, get rid of falsehood.”

The Truth of Jesus Leads to Truthfulness

The deceitful desires that lead us to lie must be replaced by the truth of Jesus that leads us to truthfulness. This is what it means “to be renewed in the spirit of your minds” (Ephesians 4:23). The mind has to be filled with falsehood-fighting truth. And out of that truth will come righteousness and holiness, and part of this holiness is that we will “speak the truth to our neighbors” (Ephesians 4:25).

Telling the truth is evidence that we know God and have faith in Him, because faith in the goodness and sovereignty of God conquers the deceitful craving for esteem and safety and possessions that causes us to distort the truth in order to gain a worldly advantage. With faith in a God like ours, there is no need to be deceitful. He knows what is best for us, and He will always give it.