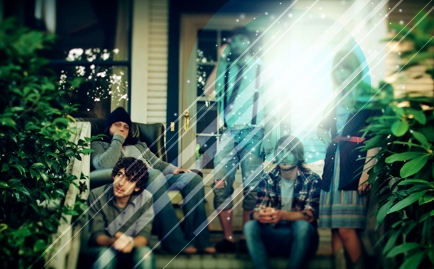 In her book The Great Emergence, author Phyllis Tickle argues that Christianity is entering a time of transformation on par with the Protestant Reformation. She cites a historical pattern of rearrangement and upheaval taking place among Christians every 500 years. According to Tickle, our faith is on the cusp of a massive change.

The first shift began 500 years after Christ’s death when the Roman Empire fell and with it, Constantinian Christianity. Five hundred years later, the Great Schism of 1054 divided Roman Catholicism and the Orthodox Church. Finally, in 1517 the Reformation gave rise to Protestant Christianity. If the pattern holds, the movement seems primed for the next iteration of Christian practice.

While one might quibble with some of Tickle’s conclusions, her basic thesis hits the mark with the precision of a skilled archer. According to every data point I’ve studied, “Christian America” is dying, if not already dead. The Western Church is struggling with declining attendance, decreased denominational loyalty and waning cultural influence. The Christian Right that held court at the end of the 20th century is on the ropes in the 21st. A culture that was once heavily influenced by Judeo-Christian values is now being irrevocably replaced by a pluralistic, postmodern and post-Christian society.

“While we remain a nation decisively shaped by religious faith,” writes John Meacham of Newsweek, “our politics and our culture are, in the main, less influenced by movement and arguments of an explicitly Christian character than they were even five years ago.”

Yet signs of new life are springing up everywhere I look. A new generation of Christians is rising up with a commitment to the Gospel and a vision for restoring this world’s brokenness. In the midst of our rapidly changing culture, there are four constants that give me reason for optimism:

In just the last couple of years, books like The Secret and Eckhart Tolle’s A New Earth became instant bestsellers. Sure, Oprah can be thanked for her huge contribution to the spread of these ideas, but the bigger point is that people latch on to a transcendent message. No matter what changes around us, inside of everyone is a foundational desire to discern what is actually true in the world. Even in our postmodern times, people still believe in the concepts of right and wrong; they’re still searching for reality. They’re just skeptical toward anyone who tries to sell or force truth on them.

As human beings, we have a built-in propensity to want to know where we came from and how the world works. If we can understand the inner workings of life, we could achieve a deeper connection to the source of that life. Although science can provide objective, measurable truths about our world—like the laws of nature, why rain falls and what genes lead to blindness—there is still intrigue about the unobservable spiritual sphere that piques our curiosity. Spiritual people are looking for something that can offer transcendent truth about the world and life. The Christian faith fills that need in ways no other faith can.

I have yet to meet a human being who is unaware of his or her own humanity and imperfections. We all recognize our propensity to do wrong, mistreat others, make mistakes and conjure thoughts we’d be embarrassed for others to see. It doesn’t take much convincing for someone to acknowledge they have done some wrong during their life (whether they use a biblical term like “sin” or not). And most of us occasionally experience regret, even in today’s society of tolerance.

Every faith tradition has had its own way of dealing with sin, guilt, regrets and our need to resolve our wrongdoing. Unfortunately, many churches taking cues from a performance-based culture focused on merit: praise and rewards when we are “good,” condemnation and punishment when we are “bad.” This only heightens the longing for acceptance and forgiveness. Luckily, the Christian concept of grace is the undeserved favor that everyone needs and desires.

Americans are growing increasingly tired of compartmentalized lives. The constant interruptions and inconsistencies pull us in all directions. We wear many different hats: parent, employee, student, coach, volunteer, friend, counselor. Because of our busyness, we often feel entirely dis-integrated. It’s no wonder that the thought of adding one more component to their lives—a faith represented mainly by another hour of commitment at a church on Sunday—isn’t attractive at all.

A spirituality that provides a holistic way to order our lives offers a solution to this dilemma. Today, people are searching for the fulfillment achieved only when we center our lives on something bigger than ourselves that defines who we are and what we do. Our faith doesn’t just address important “spiritual” needs, but also the physical, emotional, relational and financial areas of our lives. It’s holistic and all encompassing—making sense of who we are and everything we do.

Deep down, we all want to know that our lives matter. We all believe there is a personal “holy grail” to pursue in life, and none of us wants to miss out on it. We don’t want our lives to end without fulfilling the important things we were meant to achieve. Some teenagers begin this pursuit in high school. For others, it takes college, a career change, a new family, a tragic event or a mid-life crisis to force the question: “What am I here for?” But sooner or later, we’re all consumed by it, even if in the quiet of our soul when we lay our head on the pillow at night.

Americans’ quest for spirituality is largely driven by a desire for real meaning and purpose. Christians believe that only God can fulfill that longing. As Rick Warren has said: “God wants us to practice on earth what we will do forever in eternity. We were made by God and for God, and until you figure that out, life isn’t going to make sense.” Christians often fall short in communicating and demonstrating this, and we haven’t always offered a good answer to this universal hunger even though we are equipped to.

People are sitting at the doorstep, asking the right questions, and opening themselves for answers to the longing of their souls. Unfortunately, the Christianity of yesterday has lacked something to be desired. The younger generation has seen Christianity up close and personal, and many are rejecting it. The “Christianity” they’ve experienced lacks the ability to meet these innate longings.

I believe that our changing world marks a great opportunity for us. If the next Christian leaders can rise up and meet these longings with the Gospel, we could see new life breathed into a faith that is declining in the West. It may not be in our lifetime that we win back the cultural majority or rise again to political prominence—neither of which seems to be goal of either Jesus or Paul—but the Gospel will take root and confidence in our faith will finally be restored.

Gabe Lyons (www.Qideas.org) is the author of The Next Christians: The Good News About the End of Christian America.