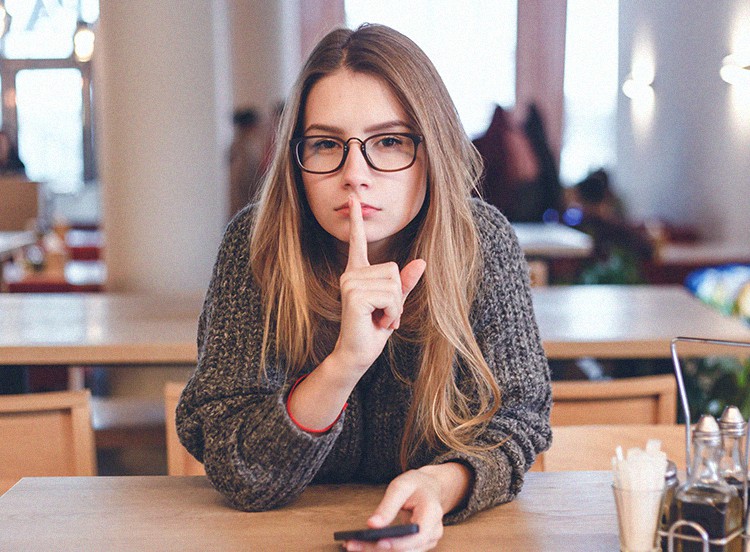 I don’t think that the people of Israel were walking around Egypt saying “OMG.” In the tumultuous moments before Moses parted the Red Sea, I cannot imagine that the descendants of Abraham stomped their feet in frustration and flippantly told the Lord to damn anything. I also highly doubt that when Laban promised to give Jacob his daughter Rachel in exchange for seven additional years of service that the soon to be patriarch of the tribe of Israel retorted “say Bible,” as is the practice of some socialites today.

So what gives? If the culture of the day wasn’t to incorporate the Lord’s name into platitudes, then what exactly was the Lord commanding His people not to do in the third commandment?

“Thou shalt not take the name of the Lord thy God in vain; for the Lord will not hold him guiltless that taketh his name in vain.” Exodus 20:7

You may be thinking, “The Ten Commandments are part of the Old Covenant and Jesus fulfilled the Law.” You are right about both of those things, but the essence of this commandment still applies to us today. Christ came as a fulfillment of the Law, and as a result, we are now reconciled with the Father when we put our faith in Him (2 Corinthians 5:17-19). Because of Jesus, we, as believers, can have intimate contact with the God the people of Israel could not approach on Mount Sinai the day that Moses was given this directive.

While just touching the base of the mountain upon which God’s presence had descended would have meant death for the people of Israel at the time (Exodus 19:12-13;20-23), today our bodies are the temple of the Holy Spirit and we can bask in His presence (1 Corinthians 3:16). That said, God is still holy and understanding His holiness is the first step toward understanding His commands and how to keep them in a context so different from the one into which they were originally spoken.

Knowing God and His Name

Although the Lord had been revealing Himself to people since the beginning, it wasn’t until Moses’ encounter at the burning bush that He revealed His name. From generation to generation, the God of Abraham, Isaac and Jacob was to be called Yahweh (Exodus 3:15), which is translated in our modern Bibles as The LORD. His name and His identifying characteristics are what set our God apart. His history, majesty and power are what garner Him a capital “G” and separate Him from the other gods.

The very essence of God is holy. His holiness is not a matter of decision, but design. When Moses first approached the burning bush, The LORD called out to him not to come any closer and to remove his shoes. The ground surrounding the place where The LORD was, was holy (Exodus 3:1-6). Before giving the Ten Commandments, The LORD tells Moses that He has chosen the children of Israel to be a holy nation of priests. He also gives strict guidelines for preparation and instructions, so that the people do not look upon Him and die (Exodus 19:9-20). They are later admonished not to rebel against that the messenger that The LORD will send ahead of them because that messenger will not forgive them, because the name of The LORD is in them (Exodus 23:20-21).

The word Yahweh is not merely a label, but a summary of God’s characteristics. It is more than a name, it is a byword. That said, when we speak the name of God we are expressing the fullness of who God is. While there are many names of God, each revealing another facet of our Lord’s immense character, He has expressed that His name is Yahweh. A word that because of the person it describes, is not spoken by some of Jewish heritage to this day. In some traditions it is so highly regarded as holy that pages upon which it is written are not discarded, but ceremoniously burned.

Not Taking His Name in Vain

To take this name in vain is to treat it and the God whom it represents with disrespect. Although this looks vastly different, the commonality across offenses is that there is a lack of awareness or regard for the holiness of God. The third commandment reminds us to approach our God and the things that belong to Him with the utmost reverence. Today, this commandment is not about what not to do, but rather, what we should do: Honor God and everything that belongs to Him.

When we live our lives with an ever-present awareness that God is holy, we are sensitive to how pleasing our actions may or may not be. As believers in Jesus, we have the help of the Holy Spirit in navigating the waters of life on earth. It serves us well to navigate away from language and conversations that bring whispers of conviction.

When we speak the name of God we are are either addressing God or speaking about Him. When we speak about The LORD our God, it is imperative that what we are saying about Him is true. When we say things that are not true, we are testifying falsely. Perhaps you have explained away a tragedy by saying it “must have been the will of God” or even told someone who was grieving that “God needed” the deceased person. In these and many other instances our intentions may have been noble and we may have even earnestly believed that we were speaking the truth, only to later find out that we were not.

Perhaps you rap along with the radio, mentioning God in lyrics that are neither flattering nor theologically accurate. Maybe you even refer to a certain artist by a moniker that sounds eerily like the name of our LORD.

Perhaps you have used the name of Jesus or “OMG” as an exclamation. Take a moment to reflect on what you were responding to in those moments. Were you actually addressing The LORD and expecting Him to answer? If the answer is no, then that cry was one of emptiness. If we can say His name without regard for Him or awareness of who He is we are speaking vainly.

It is in these times that I am aware of my need for Christ. It is when faced with my own continuous failure to not use His name in vain that I am thankful that the Law has been fulfilled. In Him we are free not to not try, but to rise each time we fall short of choosing the thing that most glorifies God.

‘Bloodline’ Is the Kind of Messianic Show We Need