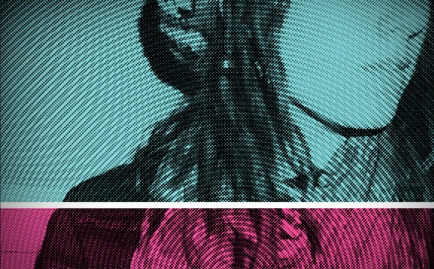 Many would consider Dr. Ron Sider the father of the modern Christian social justice movement. He released his seminal book, Rich Christians in an Age of Hunger, in 1977 after observing racism and poverty in inner-city Philadelphia. Since then, Sider has written nearly two dozen books and more than 100 articles on social injustice and biblical discipleship, including Completely Pro-Life, which ushered in a new “holistic” thinking on what it means to affirm life in areas beyond abortion opposition, such as capital punishment, nuclear weapons and severe poverty. Here, Sider considers his legacy and the legacy of his peers as he challenges a new generation of “young, radical evangelists” in how they approach justice, relativism, marriage and homosexuality. He offers four questions, the answers to which he believes will inform Christianity in the 21st century. The first question is presented below, and the other three will follow tomorrow and Wednesday.

For a long time, people called me a “young evangelical.” Actually, the adjectives were sometimes less gracious: “radical,” or “leftist” or “Marxist.” (My response to the “Marxist” label was simple: “I’m a Mennonite farm boy, for Pete’s sake. Have you ever met a Mennonite farmer who wants the government to own his land?”)

So I used to be a “radical, young evangelical.” But I was born in 1939, so, however reluctantly, I have long since had to abandon the label “young.” Hence this open letter to a younger generation, many of whom are 40 years younger than I am.

I have no desire to lecture you or “set you straight.” I have enormous appreciation for this generation. Forty years ago, when some of my friends and I started talking about social justice, racial justice, God’s special concern for the poor, and holistic mission that combined evangelism and social action, we were considered radical.

Much is different today. Not all older Christians “get it,” but you younger ones certainly do. A special concern for the poor and oppressed is part of your DNA. Caring for creation and transcending racial prejudice is simply who you are. You cannot imagine an evangelism that only cares about people’s “souls.” You just assume, without any need for argument, that biblical Christians should love the whole person the way Jesus did, offering both spiritual and material transformation. You want to engage the whole culture—art, music, literature, politics—rather than withdraw into some isolated ghetto. For all of this and much more, I shout, “Hallelujah!”

But there are four areas where I would love to have a dialogue. I have four questions I would like to ask you to ponder. Do you care as much about inviting non-Christians to embrace Christ as Savior and Lord as you do about social justice? As you understand, thanks in part to postmodernism, that every person’s thinking is limited by his/her specific location in space and time, are you in danger of abandoning an affirmation of moral and intellectual truth? Will you do a better job than my generation of keeping your marriage vows? As you rightly seek to respect the dignity and rights of gay/lesbian people, have you considered carefully the Church’s millennia-long teaching on homosexuality?

I won’t lecture you on these topics. Every generation of Christians must seek again to discern what biblical revelation means for their own time and place. All I ask is that you do that in dialogue with the whole Church—the Church of the earlier centuries, the worldwide Church today and, yes, those of us who are now “older evangelicals.” We will pray fervently for you as you do that and be most grateful when you seek us out for dialogue.

Let me explain my four questions.

Are you in danger of neglecting evangelism in your passion for social justice?

You know how much I affirm your commitment to justice for the poor and your rejection of an evangelism that focuses only on the “soul” and neglects peoples’ material needs. I have spent much of my life arguing on biblical grounds for precisely these concerns. But I have also watched some Christian “social activists” lose their concern for evangelism.

Evangelism and social action are inseparable. They are two sides of the same coin. But they are not identical. Working for economic development in poor communities or structural change to end systemic oppression is not the same thing as inviting persons who do not now confess Christ to embrace Him as Lord and Savior. If we only do social action and never say we do it because of Christ, our good deeds only point to ourselves and make us look good.

The Bible clearly teaches that persons are both material and spiritual beings. Scripture and human experience show sin is personal and social; social brokenness (including poverty) results both from wrong personal choices and unjust structures. If we only work at half the problem, we only produce half a solution. People need both personal faith in Christ that transforms their values and very person, and material, structural transformation that brings new socioeconomic opportunities. That is why holistic evangelical community development programs that truly combine evangelism and social action (think of John Perkins and the Christian Community Development Association) work better now in this life.

But persons are made for far more than a good life here on earth for 60 or 100 years. Every person is invited to live forever with the living God. Jesus died so whoever believes in Him may have a better life now and life eternal.

Two other biblical truths are crucial. Jesus is the only way to salvation, and those who continue to reject Christ depart eternally from the living God. I know my generation has sometimes said these things in harsh, insensitive ways. Too often we have failed to say with the Bible that God does not want anyone to perish (2 Peter 3:9).

But if the Bible is our norm, we dare not neglect its teaching that people are lost without Christ (Ephesians 2:12; 1 Thessalonians 1:9). Jesus (certainly the most amazing teacher of love the world has ever known) says more about eternal separation from the living God than anyone else in the Bible (Matthew 25:41; Matthew 13:41-42, 49-50; Matthew 18:8). Surely, if Jesus is true God as well as true man, we cannot act as if He did not know what He was talking about.

Instead, we should embrace His claim that He is the way, the truth and the life; “no one comes to the Father except through me” (John 14:6, NIV). For as Peter said at Pentecost, there is no other name under heaven by which we can be saved (Acts 4:12).

Of course there are tough questions about things like those who have never heard or eternal punishment. (I wrestle with those in the chapter on evangelism in my Good News and Good Works: A Theology for the Whole Gospel.) But for most of Church history, Christians have believed and taught the biblical affirmation that apart from Christ, people are lost eternally. Those parts of the modern church that have abandoned these truths have declined disastrously.

So, gently but clearly, I ask you to wrestle with the question: Do you care as much about lovingly inviting non-Christians to embrace the Savior as you do about social justice? Is there any danger that this generation of Christian social activists will repeat the one-sidedness of the old social gospel and neglect evangelism? Will this generation of young Christians spend as much time, money and effort praying and strategizing about how to winsomely invite non-Christians to come to Christ as you do working for social justice?

Check back tomorrow to read Dr. Sider’s next questions: “ Are you in danger of abandoning an affirmation of moral and intellectual truth?” and “Will you honor your marriage vows?”

Ron Sider is the founder of Evangelicals for Social Action and the author of many books, including Rich Christians in an Age of Hunger. This article originally appeared in RELEVANT. To read more articles like this, you can subscribe by clicking here.