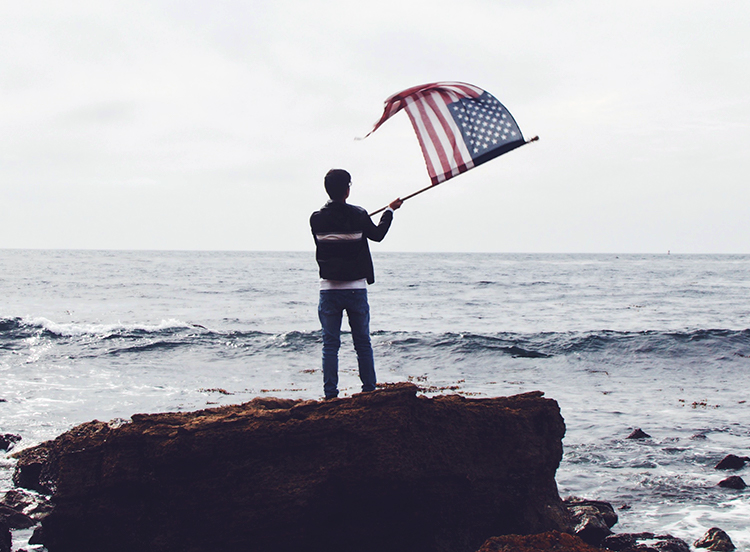 The world we live in is divisive—about just about everything. But here’s the thing: Many of the hot button issue in out culture really have nothing to do with the two “sides” into which they divide. Just because someone is concerned about climate change does not make him a liberal, and just because someone else thinks abortion is wrong does not make her a conservative.

Look at the issues currently in play today—abortion, religious freedom, refugees and immigrants, racism, climate change, health insurance, nationalism and populism, etc. What does the Bible say about these wide-ranging conservative and liberal issues?

As a male, I find this a very difficult issue to take a stand on; I will never have to deal with this in any meaningful way  as compared to a female). I nevertheless believe that life is formed the moment conception is successful: The Psalmist said, “For you created my inmost being; you knit me together in my mother’s womb.” (Psalm 139:13) God said to Jeremiah, “Before I formed you in the womb I knew you, before you were born I set you apart.” (Jeremiah 1:5) Further, the science is pretty solid on this—life begins at inception. Would I ask or insist a woman give up her own life to save her baby’s? No. But I also hope that I never have to encounter such a situation, because I honestly don’t know how I would act in the moment.

Do I believe that Christianity worships the One and Only True God? Yes. Do I believe that gives me a right to insist everyone else adheres to my opinion? No. God gave me free will to choose Him or not—what right would I ever imagine I have to impose my beliefs upon another, if God won’t impose Himself upon me? Further, God calls us to only judge believers (1 Corinthians 5:12-13) and only then in mercy (James 2:12).

I wrote an entire article on this one, but I think we need not look any further than Jesus’ own words: “And the King will answer them, ‘I assure you: Whatever you did for one of the least of these brothers of Mine, you did for Me’” (Matthew 25:40). Are we to respect authorities and the rule of law? Yes. Definitely (see Romans 13:1-7). But can we advocate for change, do what we can for “the least of these,” and pray for change? I think that’s a given. The Bible also says a lot about how we should treat “the least of these.”

Three verses, quick and simple: “Stop judging according to outward appearances; rather judge according to righteous judgment” (John 7:24). “Now the Scripture says, ‘Everyone who believes in Him will not be put to shame, for there is no distinction between Jew and Greek, since the same Lord of all is rich to all who call on Him. For everyone who calls on the name of the Lord will be saved” (Romans 10:11-13). “The one who says he is in the light but hates his brother is in the darkness until now” (1 John 2:9).

Again, I’ve already written about the scientific consensus behind climate change, but why do I believe this is an issue Christians should be concerned about? Simply put, one of the first instructions humanity ever received was to rule over the Earth (Genesis 1:28-30) and to work and watch over it (Genesis 2:15). Yet, simply put, if this is truly God’s creation, why would we consider our roles as anything other than being stewards of what He has given us?

As an Australian, this issue bothers me. Australia has universal health care (or a variant thereof) and so I look upon the hullabaloo over healthcare in America and am confused. In much the same way as I believe we are all to care for refugees and immigrants—and this influences my view of what policy should be—I similarly believe that, where possible, we are to look after those who are ill, injured or dying. Further, if we look in the Bible at some of the rules God gave to His people (Deuteronomy 15:7-11) we see that God designed His people and enshrined in their laws a desire and responsibility to look after the poor and unhealthy. Similarly, how can we possibly look at the health care issue and not think of Jesus’ words about caring for “the least of these”?

The current streams of nationalism and populism which I see suffusing the politics of countries across the planet make me at once sad and angry. “Dear friends, let us love one another, because love is from God, and everyone who loves has been born of God and knows God” (1 John 4:7). We are specifically called to not be of the world (John 15:19). As God’s people, we are set apart, “a holy people belonging to the Lord your God.” (Deuteronomy 14:2) How anyone can defend a Christian view of nationalism—the idea of being a part of a nation, and putting its rights above anyone and everyone else—or populism—the idea that we are part of a segment oppressed by an elite (for more)—is literally beyond me.

In conclusion, I want to point something out. Each of my views on these divisive issues are not based on any one political point of view or political party (not least of all because in Australia, we don’t have the great left-right divide). Secondly, some of my beliefs are strictly Liberal, and others are strictly Conservative (and these are just the few that are hot-topics of today). Accusing me of parroting a political view without actually asking me how I came to my point of view is insulting—to both of us; it shows you to be judgmental, and assumes I’m naïve.

So next time someone puts forward a point of view that you think might be politically driven, why don’t you inquire how they came about that point of view first? Further, when it comes to your own politics, why don’t you take a look at the big issues of today and see what the Bible says about them. You don’t need to agree with my interpretation of every passage above, but I do think it’s worthwhile we all take some time in searching out how the Bible does and could influence our political beliefs.

Will You Be Voting for Johnson/Hanks in 2020?