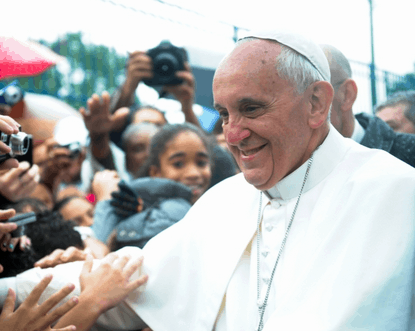 Addressing Vatican Radio this weekend, Pope Francis told members of the Catholic Church Europe that “the Gospel calls us to be close to the smallest and to those who have been abandoned,” asking leaders to consider housing Syrian refugees who are fleeing “death in conflict and hunger.”

Tens of thousands of Syrians have fled violence from the civil war and the spread of ISIS in the country, seeking safety in European countries. The crisis has been continuous among some political leaders who have limited the number of Syrians refuge-seekers their countries will accept. In his address, Pope Francis said, “May every parish, every religious community, every monastery, every sanctuary of Europe host a family, starting from my diocese of Rome,” adding that, “the two parishes in the Vatican these days will welcome two families of refugees.”

Zelda Williams’ Message to Those Suffering from Depression: Hold on to Hope