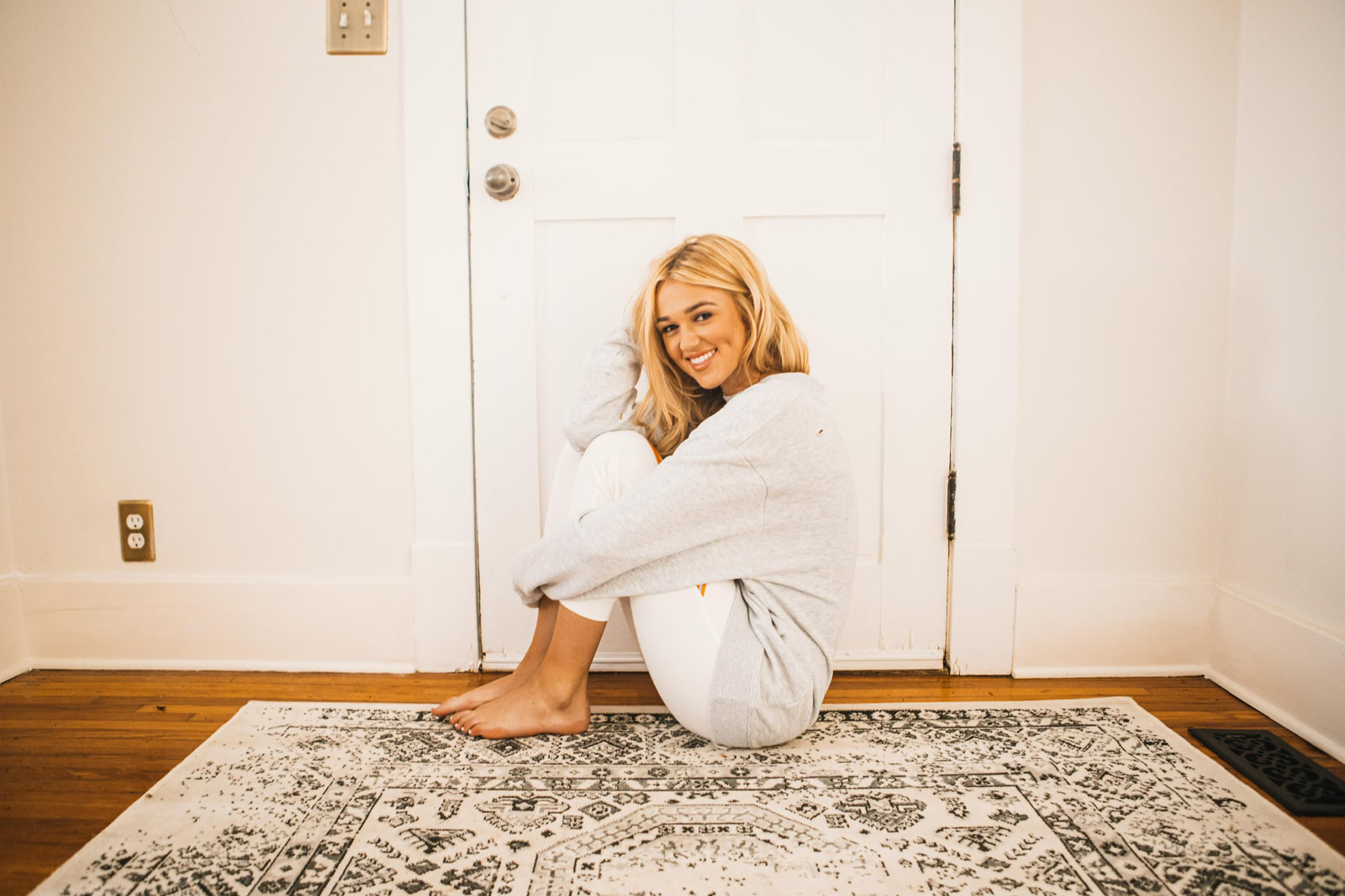 A few years ago, I hit a low point, a really low point.

That’s when I had the most terrible thought — a thought I struggle to even type out because I hate that my mind would even think something so depressing and negative. But after talking about this moment to several friends and hearing them say they have had similar thoughts, I want to be real about the place our minds can take us when we are hiding and running to the point of deep exhaustion — even people who seem the happiest.

I actually thought, if I had a wreck right now, I do not think I would mind. I need a hard break no matter how I get it. I didn’t really mean that. I didn’t want to end my life, but somehow in that moment, a month in the hospital in a body cast with other people taking care of me didn’t seem so bad.

I want to say that I have such wonderful family and friends and an amazing team around me that had I simply said, “I need a break,” everyone would have rallied around me. That could have easily happened, but the combination of secret pain and pride in my ability to pull it together led me to a dark, irrational thought instead of being honest about how I was feeling.

Against the dark sky that night, in an instant, I caught a glimpse of the moon, and I sensed the Lord saying, “Sadie, this world is a lot bigger than you. If you want to quit because you think your problems are too great to handle, then you will lead many others to do the same.”

You might be in a similar place, but please know that you’re worth a lot more than your feelings will tell you. On any given day, things may get chaotic for you. You may be super stressed and really want to take a break from everything. But it’s so important to remember that one day — no matter how rough it is — does not define the rest of your life. Your purpose and calling give you an important place in the world. Do not give up. There is so much more to come.

Many times we want to be sure we can do something before we even try. The thought that we might not succeed makes us nervous about making the effort. We may hesitate because we feel we are not smart enough, pretty enough, or popular enough, or because we don’t think we have the time or energy to fully commit to it. For some reason, we don’t feel we can fulfill what the opportunity will require of us, and then we don’t feel good about ourselves.

I have seen and heard many people say they believe that they are worthless. That is a scary lie to identify with because believing it never leads to anything good. Feelings of worthlessness begin to creep in when we feel we cannot fulfill what is being asked of us. Then we want to give up because we are overwhelmed.

In life, you will face all kinds of situations in which the world will try to tell you who you are. People may say that you are not very smart or that you are awkward or that you “have issues” or that your dreams will never come true or that you are worth nothing because of where you came from, who your parents are, the house you live in, the color of your skin, or where you buy your clothes. I beg you: don’t let the world tell you who you are. Only God can truly define you. You can find out who you truly are by digging into His word. And one thing you’ll find there is that you are royalty. You are a child of the King of the universe. You don’t have to be overwhelmed by anything or intimidated by anyone. You’re God’s royal son or daughter, which means you can do whatever He calls you to do. All you have to do is try, and He will do the rest.

Read this and take it personally: you are far from worthless.

The Voice of Expectation

I know that a lot of young people do feel worthless, though, so I want to address it a bit more. Ephesians 5:11 says, “Have nothing to do with the fruitless deeds of darkness, but rather expose them.” What I believe tends to happen, just like what was happening to me that night on my drive home, is that you begin to soak in hidden, fruitless lies in the darkness of your heart. You replay the hard conversations you have had and the most painful moments you have been through, the ones that caused shame to rise up in you. Instead of exposing those fruitless thoughts, you let them lead you to believe that you are worthless. I repeat: you are not worthless, but the lies and the adjectives you are believing about yourself are worth less than the identity of royalty God has on your life as a son or a daughter of the King.

When the enemy can get you to set your focus on your own problems, it is easy to think that what you do and believe about yourself affects only you. But when you catch a glimpse of the world around you and are reminded of the worth in you, then you can truly see that your decision to just try can have a massive impact on those around you.

On the night the moon was so big and bright, I am glad I did not try my usual pull-it-together mentality to somehow pack late at night and then wake up the next morning for the earliest flight out of Nashville to New York to talk for hours in front of a camera about living fearless. At that time, my strength was exhausted, and my mind-set would have made it impossible for me to get the job done in a worthy way. But when God spoke that night, it led me into a lot of prayer, and when I called a good friend and let her in on exactly where my heart was, it exposed all the dark and fruitless things I’d been thinking and brought them into the light.

I woke up the next day with a totally new perspective, passion and God-given strength to take my trip. Live Fearless released and became a bestseller on Amazon the very next day, allowing me to share with millions of people my testimony of how my faith in God overcame my fears. Thank God I didn’t quit because of my own little perspective. He enabled me to do what I needed to do that day and to overcome the negativity of the day before. Because I spoke so much about Live Fearless, and because it is a message He has blessed, many people have found freedom from fear and experienced a new level of freedom and confidence in God they never knew was possible.

Have you ever thought about the fact that you are royalty? The King of the universe created you, which makes you — yes, you — a child of the King. That’s your worth. You cannot quit being royal, because that’s what you have always been — even before you were born, when the King of the world knit you together in your mother’s womb (Psalm 139:13). Now, what you choose to do with your position as a child of the King is totally up to you. How you step into it, how you receive it and what you even believe about it is in your hands.

Taken from Live: Remain Alive, Be Alive at a Specified Time, Have an Exciting or Fulfilling Life by Sadie Robertson Huff Copyright © February 2020 by Thomas Nelson. Used by permission of Thomas Nelson. www.thomasnelson.com.

What God Gives Black Americans That The Country Does Not

Don’t Use Prayer as a Middle Finger