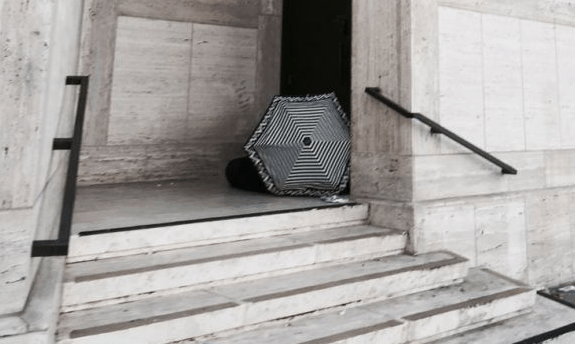 San Francisco’s St. Mary’s Cathedral has found a novel way of showing love and mercy to the least of these: by installing a watering system that floods their front steps, drenching anyone underneath it and any makeshift shelters that may have been set up. “They actually have signs in there that say, ‘No Trespassing,'” a homeless man named Robert told local news station KCBS. “We’re going to be wet there all night, so hypothermia, cold, all that other stuff could set in.” The news station reported that the water turned on every 30 to 60 minutes near every entrance of the church—they also noted it drenching homeless people and their belongings.

KCBS spoke with a church staffer who confirmed that the sprinkler had been installed “to deter the homeless from sleeping there.” They also found that the installation had been illegally installed.

Chris Lyford, a spokesman for the Archdiocese, told the news station that he was not aware of the flooding system, but defended its purpose. “We do the best we can, and supporting the dignity of each person,” he said. “But there is only so much you can do.”

UPDATE: The church has apologized and is dismantling the system.