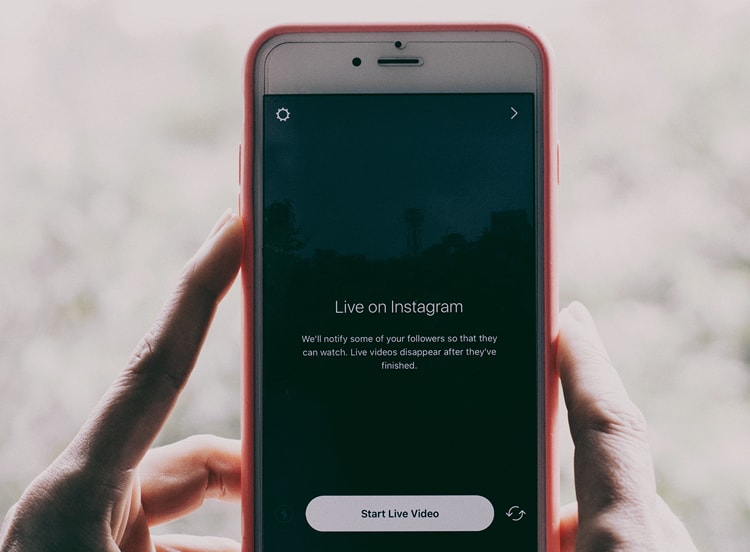 I’m not sure if you’ve noticed, but it’s been an interesting week for evangelicals on Twitter. When prominent leaders speak out on a controversial topic, we listen.

And then, usually, we fight.

Social media has become a culture of its own—a place where friendships are forged and fights are picked, where headlines land first and passionate debates spark in an instant. There’s so much I adore about social media, truly. It’s led me to life-giving corners of the internet I never would have stumbled across otherwise.

But in the same breath, there’s so much about social media that breaks my heart. It stirs up things in our souls that are entirely dangerous and largely unnoticed. This week’s Twitter outrage over Eugene Peterson’s comments on homosexuality and the Church is an all-too-timely example of just how much havoc we can wreak on our own hearts when we engage with this culture in the wrong way.

I’ve read many angry tweets this week—and most of them weren’t incensed about an issue. Instead, we’re all just getting angry at each other. Honestly, I’ve had to repent of my anger toward all the angry people. It’s a vicious cycle, really. Unhealthy anger has been strolling through the ranks for a while now, masquerading itself as passion or exhortation or social justice, and we’ve said, “Yes, go ahead. You’re welcome here.”

To be clear: passion, exhortation, social justice and even righteous anger should be welcomed in, of course. But name-calling, faith-questioning, demeaning remarks and pure ill will? No. That is not something we should stand for—whether in a supermarket line or around a dinner table or on the internet.

We’re quick to attack each other when hot-button issues make headlines, when anger’s been lurking at the top of our feeds all the while. Instead, shouldn’t we be quick to call out bullies, stand up for kindness and boldly love the ones we disagree with most? We see mean-spirited people online, and we turn away. We may even become mean-spirited people online. This is just a sin Christians love to ignore. And it’s not the only one.

Social media is a curated world. We all know this—and still, even as we scroll past perfectly styled photos, we allow pieces of discontentment to settle in our souls with every like. It’s not that our lives are not rich and full, beautiful in their own ways. But somehow, as we glance through others’ highlight reels, theirs seem better. A subtle lie creeps in and tells us they have a leg up on us; that richer relationships, fuller lives and deeper meaning exist everywhere but here. What’s always been enough for us suddenly isn’t.

Jealousy’s not new, of course. A quick glance through the Old Testament will remind you that lies and murders can be traced back to this root. We are still caught up in this age-old wrestling—only now, we don’t seem to be fighting so hard. These days, we proclaim our jealousy in the comment section, over our friends’ perfect living rooms, fit bodies and extravagant vacations.

It could be argued that a “Jealous!” comment left on social media is just a flippant remark. But I don’t buy it. I sense it in my own heart all the time—that I’ve traded gratitude for the green-eyed monster, that the lust in my heart screams, “More, more, more!” when I spend too much time in the recesses of Instagram. Playing it off casually in the comments section doesn’t make it casual in my soul. I know I’m not the only one. But this, too, is a sin Christians love to ignore.

So what’s the healthy alternative to ignoring our unhealthy habits online? Some might read this article and feel the need to call out the great offenders of these socially acceptable sins. To that, I caution—we’re all great offenders here. The sins that live in our souls are harder to point out—and harder to kill. Just because we haven’t engaged in an explosive Twitter rant this week does not mean we’re immune to mean-spirited anger, lust or jealousy.

Shaming one another or “calling someone out” doesn’t do much good either. It might change behavior, but it doesn’t show love or build community. Instead, I’m an advocate for calling one another up. What would it look like if we became known for a “further up, further in” kind of faith? Further up: to climb closer to Jesus every day and to look more like Him the closer we get and the steadier we fix our gaze. And further in: to forge deeper roots in faith, to press harder into community even when it’s difficult, to forsake all else for the sake of following Him and loving each other.

To navigate the internet well, to honor Jesus and others and the values we hold dear—that’s no small task. But it’s possible. Further up, further in. Let that be the song our hearts sing.

is a freelance writer, author & speaker living in Nashville, TN. Her first book, #Stolen, dives into a world where social media has told us who we are - and shows us how we can fight to get our identities back. You can always catch her blogging at jessicafralin.com or on Twitter and Instagram at @jessicafralin.

The 10 Best Movies of the Year—So Far