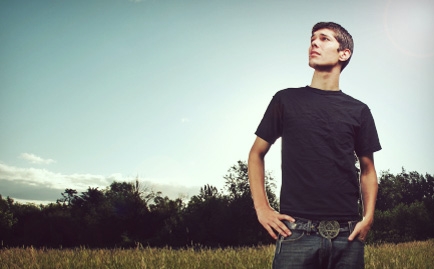 As far back as you care to go, you can find preachers with a penchant for interpreting Bible prophecy by holding the daily news in one hand and the Bible in the other. Back in the 1950s, many last-days pundits claimed the apocalyptic city known as “Magog” in Revelation was the Soviet Union, but in the 1980s the USSR collapsed. Then, new revelations began to come as to the identity of “true” Magog (many now say Magog is Islam).

What confuses me is how the last-days experts talk with such confidence and authority. These guys read the New York Times and the Jerusalem Post the way a psychic reads tea leaves. And with a rising fever in the air, you get the feeling you need to stay close and stay tuned to hear the latest from their prophetic perspective. You want to make sure you are ready.

But then, when what they say doesn’t happen or the interpretation they have been espousing demands adjustment, they do so as unapologetically and frequently as the local meteorologist. But are Bible prophecies supposed to be approached like weather forecasts, or should we just be a little more tentative about our interpretations to begin with?

Why is there so much room for arbitrary interpretation in the arena of Bible prophecy? Primarily because most of it is written in a style that isn’t found anywhere else in modern literature, and we have a hard time trying to decipher and interpret it. It’s called apocalyptic literature.

In Bible days there were dozens of apocalypses that were popular with Jews and Christians (not all were considered canonical, of course). Apocalyptic literature is just that, a genre of literature. Just as stories, parables and psalms have specific literary characteristics, so does an apocalypse.

You translate the text:

As you try to interpret the writing, someone suggests, “Perhaps the word ‘knock’ has some kind of special meaning. Notice they said it twice.” Someone else pipes in and says, “Yes, and apparently Duane is the name of a bathing device—it reads, ‘Duane the bathtub.’ ” Yet another remarks, “And what do you think ‘duowning’ is?” “Perhaps it has something to do with the double ‘knock,’ ” you reply.

You all miss the point.

You might come up with half a dozen equally ridiculous interpretations simply because you don’t get the fact that this was a joke. Jokes have characteristics that must be understood in order for the joke to make sense. Apocalyptic literature is like that. It has certain characteristics that must be mastered to make any sense to us including: heavy themes of judgment and salvation; visions and dreams; cryptic and symbolic language; images presented in the forms of fantasy rather than reality; and time and events neatly divided and carefully ordered with a great fondness for the symbolic use of numbers.

So when you take a book like Revelation (which has all of that plus general epistle material and a huge chunk of specific prophecy elements), you have the makings of a right gnarly piece of literature. And “getting it right” requires careful interpretation and sensitivity to the limits of the text. The problem is, most of us ignore all that and approach prophetic texts simply with an open heart and prayer. It sounds good—spiritual even. But is it? Go ahead and put 100 people in a room and ask them to run at this kind of material prayerfully, with an open heart, and you will end up with 100 different interpretations.

Bottom line: We need to be more wary of our last-days interpretations.

Something about the return of Jesus Christ gets people motivated to serve. But I would suggest the motivation is not good when we get people excited about the return of Christ based on current events that are interpreted hastily and inappropriately.

People who got all jacked up from that book were disappointed and embarrassed after Jesus didn’t return in 1988. Some even slipped away from the Lord. Why? Because trying to motivate people to serve God by using fabricated timelines on Rapture dates and presenting them like a salesperson’s “last-chance” sale always produces a short-term yield. This kind of motivation is like a flu bug—you get hit hard, but it only lasts a little while. And when it’s over, you feel worn out.

When you read the New Testament, you get the idea that they expected Jesus to return at any moment—and that was 2,000 years ago! Why would they talk about the return of Jesus in a way that suggested it could happen at any moment? I think the answer is found in Paul’s comment that God rewards those “who have longed for his appearing” (2 Timothy 4:8). God wants us to think about, dream about and long for the return of Jesus Christ.

Today, I don’t believe our “longing” for the return of Jesus should be based on forcing obscure texts into modern news stories. I think it should be based on the fact that this present earth isn’t all there is. Our longing for the return of Jesus needs to rest on the footing that He is making all things new and will marry heaven and earth—not based on some prophecy expert’s dubious revelation. It is said of the saints of old, “they were longing for a better country—a heavenly one. Therefore God is not ashamed to be called their God, for he has prepared a city for them” (Hebrews 11:16).

So the next time you feel a little out of sorts and that life is less than you had hoped, look up and smile. This is not your home. This is not heaven. Heaven is coming to you.

That is last-days thinking … and it’s sweet.

Ed Gungor is a pastor and author, and sometimes blogs at SaltTribe. This article is adapted from an article that originally appeared there.

A Disappointing End of the World

2011 Set to Be Deadliest Tornado Year