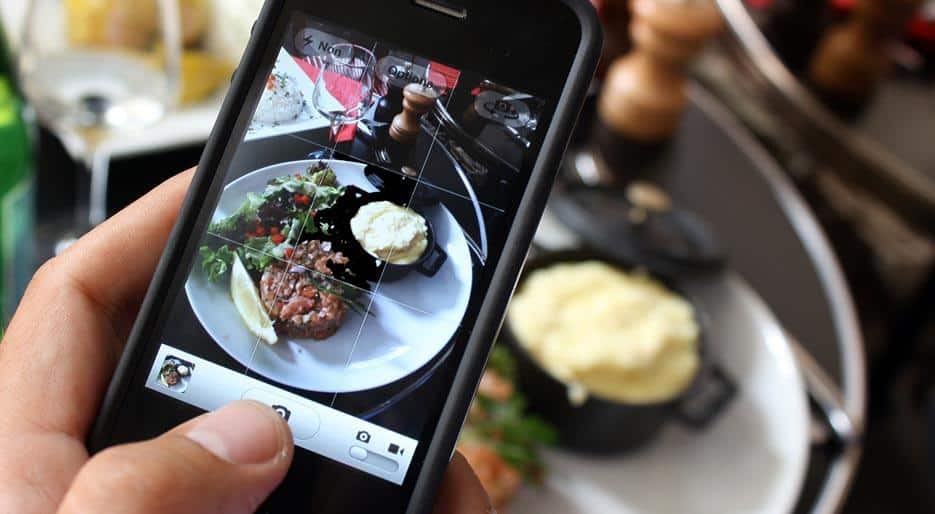 Most Christians today like to say that all sins are “equal” in the eyes of God, that there is no scale of less or worse sins, that a white lie or a homicide alike would have been enough to require Christ to die on the cross. We say this in theory, but in practice, we know that a white lie won’t get you kicked off the church leadership team. And a homicide likely will.

In practice, there are some sins that are socially acceptable, even in the Church. There’s one sin in particular that has pervaded our society and churches so silently we hardly give it a second thought, and that is the constant hunt for more over what is enough. Or, in an uglier terminology, what is known as gluttony.

When I think about gluttony, I think about my desire to shove a dozen donuts into my mouth and wash them down with chocolate milk. Or perhaps it’s my tendency to mindlessly feed chips to a stomach that’s no longer hungry. Many of us can look at the sin of gluttony and think, “That’s not really my struggle.” Or, we think, “What’s the big deal?” After all, most congregations have compulsive over-eaters among them, and they’re not considered “less spiritual” or “backslidden” for it.

But gluttony has never been merely an addiction to food. And if we look at it in its original definition and context, gluttony becomes far closer to home than we’d like to admit.

At its simplest, gluttony is the soul’s addiction to excess. It occurs when taste overrules hunger, when want outweighs need. And in America, where upsizing has always been part of the American dream, it’s often difficult to distinguish what is hard-earned achievement and what is indulgent excess. In this sense, even the most athletic and toned among us can be gluttons. Any of us can be.

This is the story of Genesis 3. What was the sin in the Garden of Eden if not a desire for excess? Adam and Eve were given beautiful sights and beautiful tastes in the absence of shame, but what made the garden a paradise was not any of this. It was a paradise because God walked in the cool of the day with them. And yet, Adam and Eve’s downfall was because they deemed even this as not enough. They weren’t content with their portion of paradise, and they reached out—to disastrous consequence—for more.

Like them, we are ravenous beings. We embody bottomless cravings that constantly paw at the next attractive thing. Our appetites are as strong as death, Proverbs 27:20 tells us. We are always on the move for the next thing that can satisfy and slake our restless thirst. This endless pull is the engine of gluttony. It propels our souls ever toward excess.

And yet, the desire for “more” is not inherently bad, but it is often misdirected. What we need is a relentless appetite for the divine. We need a holy ravenousness. Our craving souls can turn and become enthralled by a goodness that is found in the presence of an all-glorious God. There is only one infinite source of satisfaction that can satisfy our bottomless cravings.

A taste of His supreme grace is enough to lure an appetite long held prisoner to lesser portions. If stolen water is sweet, lavished grace is sweeter.

And here’s a strange side effect: The more we drink deeply of the endless love of an infinite God, the more our tastes will be changed. The deep bright marrow of grace will drip down into the restless souls of the ever-hungry.

In pursuit of lesser portions, our tastes have dulled. We’ve become numb to our real hungers, filling them with lesser fare. But when we return to the source, we taste anew.

Psalm 34:8 challenges us to see the difference for ourselves: “Taste and see that the Lord is good.” I think Paul understood this verse when he told the people at Lystra that God gives food and gladness so that our hearts would turn from vain things and turn to the ultimate satisfaction of who God is (Acts 14:15-17).

Consequently, if God has ordained that His goodness can be tasted and seen (and, I would submit, heard, smelled and touched), this has at least two direct implications. First, it means that every finite pleasure and satisfaction is meant to point us toward the infinite pleasure and satisfaction of God. My admiration for a sunset, then, need not stop at that horizon, rather it can curve upward into praise and gratitude. Second, it means that if our desire for “more” is misplaced, then certainly it can be redirected to something good as well.

Is the desire for excess sinful? It depends on whether the soul is addicted to a finite excess or an infinite excess. Do we ever think of gorging on God? Do we relish the chance to spend a few more minutes in prayer, hidden away from the world for just one more taste of the divine? When was the last time we lingered long over the pages of an open Bible because we just couldn’t stop admiring the honeyed flavor of an ancient truth? If the Bible is the story of the only infinite good, why do we spend so much of our lives at lesser tables?

We Christians have so tamed our enjoyment in God that we cannot fathom what such thrill-seeking would even look like. Feasting on God is as foreign to most Americans as an empty stomach. Why can’t we fix our souls on the only goodness who can handle our cravings? Why do we chase the more mild flavors of money, food and sex?

If only we would not stifle our gluttonous cravings, but turn them in the right direction. If only we would feast on an infinite God who offers fullness of life, rather than these lesser tables with the far milder flavors of money, sex, food and power.

As George MacDonald put it, “Sometimes I wake and, lo, I have forgot.” Sleep is like a reset button and my hunger is misdirected often. I think I’m hungry for the finite, but I’m really hungry for God. To remember, we need to taste daily, deeply and constantly of the goodness of God. So let us turn together, and feast rightly.

Will ISIS Be Responsible for the Extinction of Aramaic?

What’s Really Holding Us Back from Giving