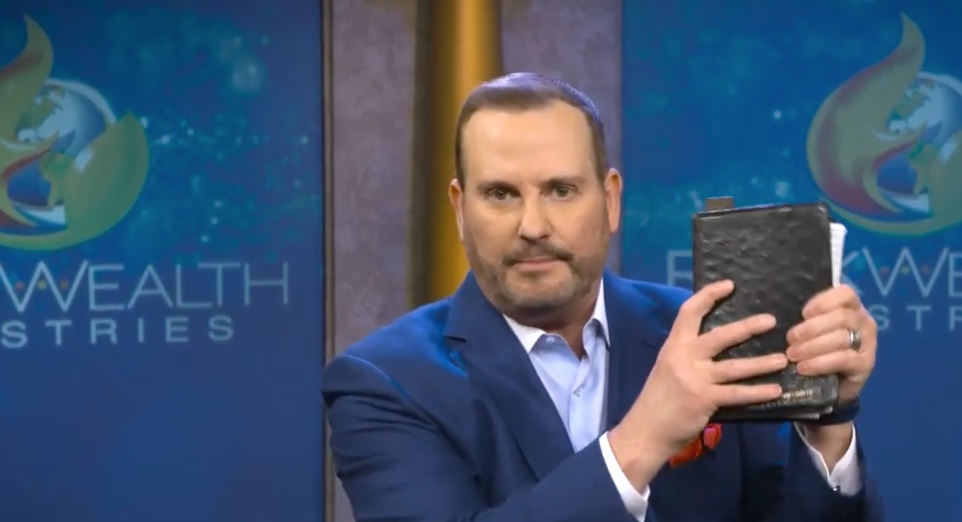 If you have some extra time on your lunch break today, the BBC’s new article “The Preachers Getting Rich From Poor Americans” is worth a read.

As the piece explains, televangelism is still very much alive and well on late night cable, and “ministers” are still preying on emotionally vulnerable viewers—many of whom are facing dire financial circumstances.

The piece hones in on Todd Coontz, a televangelist and self-positioned finance expert who has convinced viewers to send him donations—specifically, $273 “seed” gifts to help unlock miracles.  Some of those viewers, like Larry Fardette, have given more than $20,000 to televangelists over the years, despite being in desperate financial situations.

Larry had promised to help her financially, but his “seeds” had not flourished. He wrote a heart-wrenching, five-page letter to several ministries he had contributed to over the years, pleading for help …

… The replies drifted in. Some were instant email responses, others came through the post after prompting. All were rejections. “They said things like, ‘Our ministry mandate prevents us from helping you,'” he recalls. He remembers the reaction of one specific office manager, from a ministry that had publicised its funding of medical treatments in the US: “In a haughty voice, she took a deep breath and said: ‘You know we get six or seven of these calls a week and if we help you, we are going to have to help everyone.'”

Larry’s story isn’t an uncommon one. Though there are organizations that are attempting to expose predatory TV ministers, specifically The Trinity Foundation (which is profiled in the piece), viewers are still getting sucked in.

As for Coontz, “On 26 January 2019, Coontz was sentenced to five years in prison for failing to pay taxes and assisting in the filing of false tax returns. He was also ordered to pay $755,669 in restitution,” according to the BBC. He is currently free as he appeals. However, on his website, he still encourages viewers to give donations like an “$88 Double Blessing Seed,” a “$5000 Boaz Anointing Seed,” a “$1,000 Triple Favor Seed” and a “$273 Recovery Seed.”