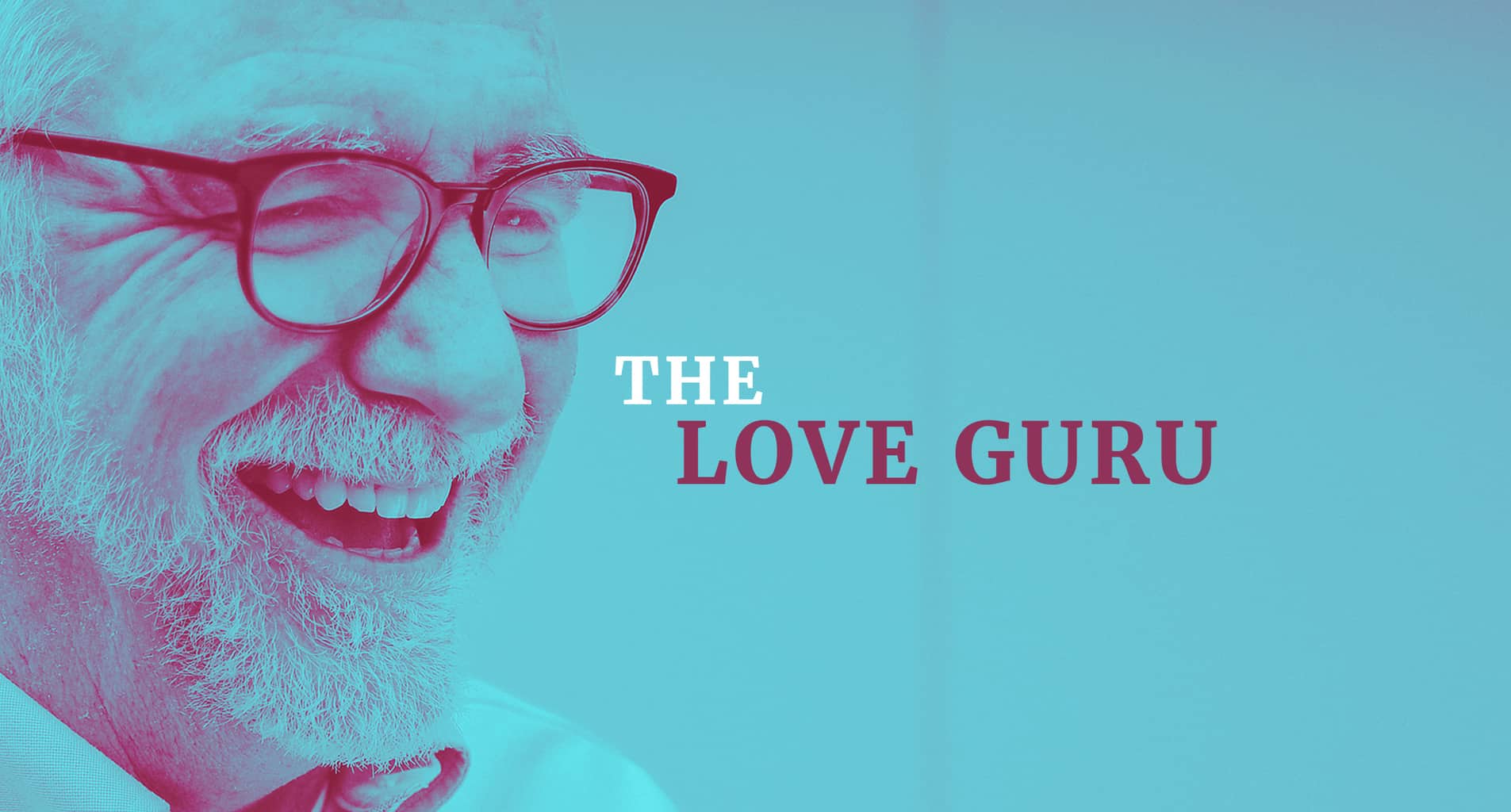 Four days can be quite eventful in the life of Bob Goff. On a Saturday, he walked onto a San Francisco street to find the windows smashed out of his team’s rental van and everyone’s belongings stolen—including Goff’s phone and laptop, where he’d saved his entire next book. But instead of being devastated, Goff laughed at the thought of the thief receiving a hundred phone calls a day from people who read his first book, Love Does (in which he encouraged readers to call him).

“I live in constant anticipation of good stuff,” he says. “It’s not being ‘Pollyanna’ about things, but most stories don’t have the ending we would give them right away. The better endings come later.”

The next day, Goff landed in Oklahoma, where he attended an event for a foster care nonprofit. On Tuesday, Goff received a letter from a witch doctor in Uganda, whom Goff had put on death row. Now they’re pen pals, telling each other what they’re learning about Jesus. “There are consequences for what he did, but one of them isn’t that he’s removed from love,” he says. “He’s learning way more than me. I just want to catch up to him. I want to learn and be as desperate for God as he is.”

It’s been five years since Love Does, The New York Times best-seller that catapulted Goff, a lawyer and professor by profession, to the international stage.

In the public eye, he’s like a mix of Willy Wonka, Mr. Rogers and Ms. Frizzle from The Magic School Bus. Stories about him spread like folklore. Go to any Christian conference or seminar, and you’re likely to find someone fix a wild eye on you to tell you about the time Goff helped Uganda achieve space travel.

It’s a relief for this reporter to tell you that the man lives up to the legend and then some. There are no dark secrets. There’s not a hidden, calculating Goff who carefully projects a certain image onto social media and lives another way behind the scenes. There’s just Bob, the guy who seems dead set on actually changing the world.

Goff has a boat named Grace that he sails in a San Diego harbor. Facing inland, you can see Goff’s spacious home and the flag of Uganda flying below the American flag in his yard. His property is technically Ugandan land, he’ll excitedly tell you. Goff has lived here for 20 years, raising three children with his wife whom he affectionately calls “Sweet Maria.”

For Goff, it’s not about being a best-selling author or a law professor or the honorary consul for the Republic of Uganda to the United States. It’s not even about being the founder of the nonprofit Restore International.

Whereas many people seem to live in a world of binary, confined boxes, Goff lives in a world of “what ifs.” Imagine the kid in school who hands out balloons to his classmates when he’s supposed to be presenting his science project or the kid who climbs up the playground slide when everyone else is sliding down.

“Do I look like a guy with a plan?” he asks me in his most jovial, non-Joker voice. Christians should have plans, right? We should be strategic, as we’ve seen too many times the devastating effects of good intentions all around the world. How does this guy get away with only knowing his next four days, quitting something every Thursday and flying around the world to start schools for poor children?

How to be helpful

Goff grew up in the San Francisco Bay Area, where he would often walk a mile and a half to his grandmother Mary’s home. He remembers having a room in his grandmother’s house, and every time she would walk into his room, she’d pay him “rent” by putting a nickel in a jar. “I don’t know if she put a fistful of nickels in there right before I showed up,” he says. “It didn’t matter. She taught me what it’s like to have a really winsome life.”

It wasn’t until late high school that Goff learned about faith. “Something about it just resonated with me,” he says.

Goff practiced law for 30 years, but when he visited Uganda 16 years ago, he realized what he was meant to do. The Ugandan Civil War was still going on, and many children were displaced and had nowhere to receive education. “My worst subject in school was school, but it turns out I’m great at starting them,” he says.

With the proceeds from the million copies sold of Love Does, Goff has now helped start schools in Uganda, Somalia, Iraq, Nepal, India, Mongolia and Nicaragua. Approximately 650 children are sitting in classrooms, thanks to the work of Restore International, and more than 100 students from these schools are now attending universities.

One of the best moments of practicing law in Uganda for Goff was when he saw the way justice caused a wave of forgiveness to envelop broken families. A group of young Ugandans who had been jailed without ever going to trial finally had the opportunity to stand before a judge, but before the judge heard their cases, he separated the children from their parents. The judge stood before the parents and said, “Parents, you need to forgive your children.” Then he walked into the other room and told the young men, “I just met with your parents, and they forgive you.”

“Sometimes I get the feeling that people have separated [love and justice], like loving people is somehow going soft on justice,” Goff says. “But I think it’s great advocacy to love people, because then you get access to every court you want.”

For a lawyer who has fought countless cases, argued his way to victory and made a “pile of money” doing so, Goff quit his own law firm last May. “I literally came home from work and Maria said, ‘How was work?’ and I said, ‘Work?’ And she said, ‘Nooooooo.’”

On the practical side, Goff decided to quit because he’s become quite the popular addition to the evangelical speaking circuit in America. He does not have the time or need to practice law anymore. But on the spiritual side, he is always quitting something in pursuit of becoming a “new creation”—snipping out parts of life that have stopped being necessary ways of loving people.

So there’s this lodge that’s become sort of famous among Goff’s friends. Or—more accurately—there was a lodge. Goff owned a giant, beautiful cabin on a remote bay in British Columbia, where he and his family would host getaways for leaders in dire need of one. It was a place for forging friendships, making resolutions, diving off of cliffs, weeping tears and finding redemption. And now, one worker’s misplaced oil rag and an accidental spark later, it’s gone—the home that impacted so many lives is a pile of ashes.

Prayer for People Who Suck at It

“We’re sad, but we’re not stuck,” Goff says. “It was a hit, but we all take a hit. Either it’s a relationship or your hope, a family member, something will burn down and it’s just what you do next. I’m not denying it; it was a really sad thing. But we’re just going to get busy. I’m going to make it bigger, just in case Satan was behind the whole thing.”

A Fender Stratocaster adorns a wall in Goff’s office. It’s not signed by Bruce Springsteen, but by the former child soldiers in Uganda who enrolled in a school Goff helped start. To him, they are heroes who’ve chosen love over war. One particular boy, Oboma, lost his parents when rebels from the Lord’s Resistance Army took the roofing material from his hut and used it to burn them alive. Goff and his team helped Oboma through his trauma, and he ended up finishing elementary, junior high and high school. He was the valedictorian of a school with 360 students. The next “caper,” as Goff calls it, was helping this student get into law school in Uganda.

But for Goff, loving people does not start in Africa; it starts with being neighborly. He hosts parades with his neighbors on his San Diego street and parties in his backyard. He hugs his neighbor as he walks on the path to his boat.

“They think I’m nuts,” he says. Love is a confusing concept for Christians in America today. On the one hand, notions of romantic love permeate thoughts, worship songs and entertainment: Love is a watered-down butterfly feeling in our stomachs. On the other hand, Christians often fixate on keeping biblical doctrine pure from sinful culture: Love is defending Jesus and arguing about Him in every Twitter thread at the expense of dishonoring those on the other side of the screen.

But Goff wants none of that.

That’s why he carries around a $2 bill in his pocket to give to a kid who’s never seen one before.

Love means buying a house in Washington, D.C. so government leaders from both parties had a place where they could learn how to get along, even though the idea failed and he lost some money trying. Love means sending people $1.29 Starbucks cake pops when they criticize him. Love means responding to hundreds of emails per day from readers and fans because Keith Green once responded to one of his letters. It’s washing the feet of witch doctors in Uganda, even though it terrifies him and he’s not a toe guy. Love is learning how to solo sky-dive with his son.

It’s also why he tries never to let a call go to voicemail—one of his more famous habits that continues to hold true, even after he put his cell phone number in the back of Love Does, just in case anyone ever needed to talk.

For Bob Goff, love is being available. It’s doing the next thing.

Leah Remini: The Church of Scientology Tried to Get Me to Convert Kevin James