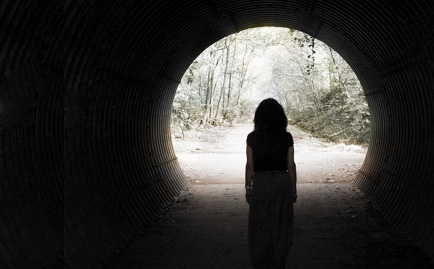 I was in Atlanta to lead a Bible conference at a church. I was alone in the pastor’s home, sitting on the couch in the den working on my sermon for the morning. The phone call startled me; the phone caller stunned me. “Bryce did what?” I sank back into the couch. Our Christian leader, friend and brother Bryce Teller* had committed suicide.

We were shocked and saddened; we were concerned and confused; we were bewildered, not knowing what to believe. So many questions were being asked that should be addressed and answered.

Is Suicide a Sin?

The first question: Is suicide a sin? And the answer is yes. The dictionary defines suicide as "the taking of one’s life voluntarily and intentionally." It is the taking of a life in a manner forbidden by God. It is murder—self-inflicted murder, but murder nonetheless—and God’s Word states, "You shall not murder" (Exodus 20:13).

Furthermore, life—all life—belongs to God. "In Him we live and move and have our being" (Acts 17:28). We don’t own life. God owns life, and He lends it to us at His pleasure to be lived for our pleasure and His glory. Life is not our own to destroy, so the destruction of life by suicide is a sin.

When Jesus died, He paid the penalty in full for all of our sins—past, present and future. In Him, our sins are removed from us as far as the east is from the west. God did not say, "I will forgive you as long as your sins are not too great or as long as you get around to confessing everything you did was wrong." If that were the case, we would all be condemned. But the Bible declares, "Therefore, there is now no condemnation for those who are in Christ Jesus" (Romans 8:1).

Can a Christian Commit Suicide?

The second question: Can a Christian commit suicide? And the answer is yes. Christians can commit all kinds of sins. Christians are not perfect. In this life, we have not been fully sanctified, finally glorified. We still possess remnants of our old sinful nature, and in this nature resides the potential for every kind of sin. We have the capacity to contemplate crimes that we never commit. But even the contemplation is itself a sin.

Do you remember how our Lord Jesus expanded the meaning of the Ten Commandments with his own interpretation? For instance, the seventh commandment: “You shall not commit adultery.” Jesus said that if you lust after a woman in your heart, if in your own mind you commit adultery, you are guilty of breaking that commandment (Matthew 5:27-28). The sixth commandment: “You shall not murder.” Jesus said that if you are so angry you want to kill, if you cry to your brother, "You fool!" and you desire to destroy his life, then by that very desire you have broken the commandment (Matthew 5:21-22).

The apostle Peter walked on water, and as long as he kept his eyes focused on the Lord Jesus Christ, he continued to walk on the water. But when he took his eyes away from the Lord and began to look at the treacherous waves around him, he began to sink (Matthew 14:29-30).

And yet sometimes in those deep waters we forget. Our faith, which is real, is nonetheless really weak. And the fogs of despair, discouragement and depression become so thick that we cannot see the face of the Lord Jesus. So we need to pray with the man at the foot of the Mount of Transfiguration, “I do believe; help me overcome my unbelief” (Mark 9:24).

What Happens to the Person Who Commits Suicide?

Are Others to Blame When One Commits Suicide?

The fourth question: Are others to blame when one commits suicide? The answer is no. No doubt many will feel guilty in this situation, as many always do. Why were we not more sensitive? Why were we not more caring? Why did we not encourage him more? What should I have done? It’s all my fault. No, it’s not. God makes each of us responsible moral agents, and each of us is accountable to Him for our decisions and the actions that flow from those decisions. This does not mean, however, that others are without blame and without guilt. Yes, we ought to be more sensitive and more caring and more supportive and certainly more prayerful. There is much blame to bear, and we ought to confess our failures before God, but we are not responsible for another’s decision. There is a big difference between failing to support someone who is suffering and the decision of the sufferer to take his own life; and while we may be guilty of one, we are not guilty of the other.

Is God Still in Control at the Point of Suicide?

The fifth question: Is God still in control at the point of suicide? The answer is yes—God is still in control. God is in control of all, or God is not in control at all. If there is one exception, God is not sovereign. We may be tempted to say, “God was loving enough, but God was not powerful enough to stop that tragedy.” Or we may be tempted to say, “God was powerful enough, but God was not loving enough to stop that tragedy.” No, we must affirm both the love and the power of an all-wise God. God is loving—He’s kind; He’s tender; He’s merciful; He’s compassionate; He’s powerful; He’s mighty; He’s sovereign—and death by suicide is an awful, horrible, terrible tragedy. We affirm both the reality of a great God and the reality of a terrible tragedy, but beyond that we affirm that the great God was in control of the terrible tragedy.

Do we have questions? Of course! We want to ask a thousand whys, don’t we? Why did God allow it to happen? Why did He not stop it? We want to know why God allowed sin to come into the world in the first place, don’t we? God has answers for our thousand questions. He may give us an answer, or He may not give us an answer, but that does not alter the fact that God knows the answer. God knows what He is doing.

Do God’s Promises Still Apply to the Person Who Commits Suicide?

What about the promise of Romans 8:28 (KJV): "All things (even suicide] work together for good to them that love God." Yes, even that promise applies!

And What Should We Do?

The seventh question: And what should we do? How should we respond in the face of this teaching from God’s Word? We should cry. We should cry out in pain. The Bible says to weep with those who weep (Romans 12:15). This is a tragedy that calls for tears.

If you are desperate or despondent, do not believe that your sadness disqualifies you from Jesus’ love or dismays your Savior. Instead, recognize that He is the Savior of the disconsolate and loves to call the sorrowful to His embrace.

*Individual names have been changed as an expression of care for the family.

Facing Tragedy in the After Shocks