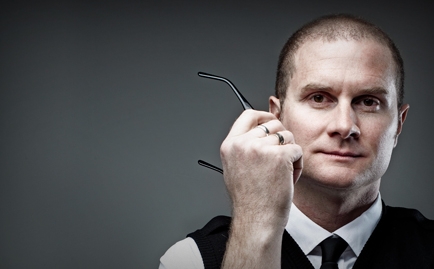 Editor’s note: When we received an advance copy of Rob Bell’s new book, Love Wins, in our offices a couple of weeks ago, we knew it would spark quite a bit of controversy. We just didn’t know it would happen before anyone else actually read the book.

But when his publisher, HarperOne, released a video “trailer” for the book last week, and blogger Justin Taylor wrote a blog suggesting Bell might be a universalist based on its content (sparking many national leaders to follow suit), the Internet exploded into a heated debate about heaven, hell, eternal consequences and universalism.

While our editors have indeed read Bell’s book, we’ve chosen not to comment on the actual content of Love Wins until other people have had a chance to read it as well and can thoughtfully agree or disagree with our assessments. To jump into the fray with a quickly constructed 1,000-word knee-jerk reaction or quasi-book report, only because the topic is being debated this week, would be a grave disservice to our readers and to the book itself. Instead, we’ve chosen to do an in-depth piece on the topic in the May/June issue of RELEVANT, including a substantive interview with Bell himself.

However, to address the debates happening this week (mind you, about a book nobody’s read yet), we turned to Scot McKnight, a noted theologian and Professor of Biblical & Theological Studies at North Park University, for some much-needed perspective. This is his piece:

Whether evangelicalism was paying attention or not, it is now. Universalism, or at least the prospect of it, is the single most significant issue running through the undercurrent of evangelicalism today. This all became clear this past Saturday when some noted faith leaders decided to publicly accuse Rob Bell of universalism on the basis of excerpts of his (not yet released) book, Love Wins: A Book About Heaven, Hell, and the Fate of Every Person Who Ever Lived, and on the basis of a video and the book’s description at HarperOne. So, while this new story is about Rob, I want to contend it is even more about the significance of universalism.

My own estimation is that somewhere near 75 percent of my students, many if not most of them nurtured in the church, are more or less universalist. They believe in Jesus and see themselves as Christians but don’t find significant problems in God saving Muslims and Buddhists or anyone else on the basis of how God makes such decisions. The Baylor Study of Religion, if my memory is correct, asked a question or two that reveals that an increasing number of American evangelical Christians think the majority of humans will be saved. That’s the issue, and Rob Bell had the moxie to write a book about it. He’s rattled cages with his promo video, and he will undoubtedly stir the waters in the book.

Many in the evangelical church have happily lived as if universalism is not an issue for good ol’ evangelicals. Those of us with our ears to the ground know better, and that is why I addressed this issue in a chapter in my book One.Life: Jesus Calls, We Follow. I called that chapter Eternity.Life. I begin by saying I believe in hell, but I want to believe in hell the way Jesus does. And I believe in heaven, but I want to believe in heaven as Jesus does. What Jesus believed about heaven and hell diverges at times from what many Christians think about heaven and hell.

As I wrote that chapter and as I listen to this new round of volleys, some of them embarrassing and some of them so over the top and so many of them without having read one word of the book, I keep thinking we need once again to define some terms, so I want to sketch a set of simple options. (Then I’ll say a few things about Rob Bell.)

Which of the following views do you think are “unorthodox”?

Universalism needs to be distinguished from pluralism (though as I have sketched “universalism” above there is precious little difference). Pluralism focuses on the legitimacy of each religion and belief system and that each of them prepares a person for final existence with God. For pluralists, there’s no unique saving place for Jesus Christ.

Evangelical universalism is newer on the block and argues that God saves exclusively through Christ and that those who deny Christ, or who have not heard of Christ, or who have rejected God’s natural revelation to them, will be judged and will experience hell. In other words, these folks believe in hell—though they believe “less” (or as they might say “more”) than the traditionalist. But they believe hell is not eternal but instead temporary and once one has experienced judgment for one’s sins one will have, by the grace of God and through the merits of Christ, the opportunity to respond to the Gospel—and this news is so good and God’s offer so gracious that eventually hell will be emptied and all will find redemption in Christ to enjoy God’s salvation forever.

There is yet another version: annihilationism or conditional immortality. This view is traditional in its appeal to evangelism and to the gospel of salvation through Christ alone—it is an exclusive claim—and that those who don’t respond to the Gospel will be judged and will experience hell, but that eventually their punishment will run out and they will be utterly destroyed and annihilated and cease from existence. Here one has both a traditional view of hell and, at the same time, some kind of correlation between temporary sins—say 75 years of utter rejection of all things pertaining to what they know of God and Christ—and the experience of justice. When that justice runs its course that person will be utterly extinguished. Instead of an eternal consciousness of separation from God, these folks believe only in eternal consequences.

Then there’s the traditional view: those who reject Christ, and some believe God’s mercy will be wide enough to include those who have never heard of Christ but have responded to the light they have comprehended (inclusivism)—and there’s latitude here for variations of several sorts—will be judged on the basis of that light. For traditionalists and some inclusivists their number is few so that billions who have not responded to Christ will suffer eternal and conscious separation from God. Some inclusivists would contend that many, if not most, humans will be finally saved.

The pressing issue today is both to comprehend the absolute seriousness of the Christian claim, to realize that the ground has shifted in that many who are associated with evangelicalism simply don’t believe the traditional view and have embraced some kind of universalism, and we need also to understand the options so we can all, one more time, go back to the Bible, to our church traditions, and study all over again—as if for the first time—what to believe.

Now a word or two about Rob Bell.

I’m grateful to God that Rob Bell is opening this after-life door and, from what I’m hearing, he’s only looking inside the door to see the prospects of universalism, asking you and me to realize both that we have some thoroughly unbiblical ideas and that we need to rethink this stuff all over again.

Friends, this is an old discussion, and there are some great studies out there. Rob Bell is almost certainly not adding something new, but he’s pushing the door open and saying: “Folks, this vast and massive room of universalism and what’s awaiting us when we die are things we must take much more seriously. The next generation of Christians are pressing upon this door and we better stop and listen and think it through one more time.”

Rob Bell is asking my students’ questions on that promo video and then, as you watch the video, he walks away. Rob and his people are artists, and you can read that walking away any way you want—but I’ll wait until we can all read the book. I hope you do too.

Scot Mcknight is Karl A. Olsson professor in religion studies at North Park University and author of One.Life. This article originally appeared on Jesus Creed. Used by permission. All rights reserved.

Fate and Free Will in The Adjustment Bureau