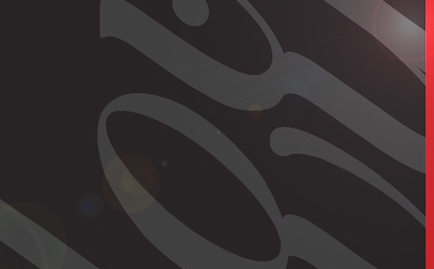 Everyone knew in advance that Rob Bell’s next book, Love Wins, would surely raise eyebrows and create some debate. But no one, including the author and his agent, expected what did happen. From the moment Justin Taylor uttered that opening warning and John Piper tweeted “Farewell Rob Bell” until many of us had a week or two to read it, Rob Bell’s book was at the forefront of American Christianity’s sensational tabloids. I’ve never seen anything like it, and it may well be a one-of-a-kind brouhaha for the next generation or two.

But what can we learn from what happened? I want to suggest we can learn 10 lessons.

First, social media is where controversial ideas will be both explored and judged. We no longer read books patiently, type out letters to denominational offices, find common agreements and then summon the Christian leader behind closed doors to ask questions and sort out concerns. It’s all public, it’s all immediate and everyone weighs in because social media is about as radical a form of democracy as exists. To be sure, this means the uninformed heavy-handed can weigh in as easily as the patient, careful, critical and balanced reader. But social media is not going away, so we should realize what we are getting into before we walk into the room.

Second, megachurch pastors are being watched closely. “Who says what” has always mattered. But because of social media, the who-says-what takes on new significance: megachurch pastors—and this applies to Bill Hybels, Rick Warren, John Piper, Mark Driscoll, Andy Stanley and Rob Bell—are being watched, and their critics only need one off-line comment to stir into action. John Piper has been hammered for some of his comments, Bill Hybels has weathered criticism and Rob Bell is in the same world. Robin Parry, a skilled and careful scholar, wrote a book called The Evangelical Universalist. He was an editor at an evangelical publishing house. His book barely drew attention, but when Rob Bell said even less than Parry, Bell was scorched by many.

Third, tribalism pervades the American religious scene. On my blog we went through Love Wins patiently chapter by chapter, and daily I observed both in the comments and in private email exchanges (and telephone interviews) that some thought everything Bell said was wrong while others wouldn’t admit he had said one thing worth worrying over. Call it groupthink or call it tribalism, but such divisions will emerge especially over controversial ideas said by well-known leaders. Tribalism produces imbalanced and fuzzy thinking. I was (probably not) surprised by how few noticed it was an eternity of further chances that really separated Bell from the thinking of others in the history of the Church, and I was also surprised by how few really know what universalism means or what Rob Bell’s commitment to “libertarian free will” means for universalism. If humans can both choose God and not choose God, and if universalism ultimately says God will win over everyone, then it makes little sense to call Bell a universalist—since he’s so committed to that sense of libertarian free will.

Fourth, hell remains a central Christian conviction and concern. There are some topics that are either taboo or almost taboo, and hell is one of those. Defending traditional views that are almost taboo is a game few want to play because the defender senses he or she is about to be called a bigot. Which illustrates why hell is one of those taboo topics that lurks behind many corners and simmers just below the surface of major theological topics. If Bell’s book does anything, it drives the issue of hell to the front of some serious theological topics. Teaching college students for 15 years has shown me time and time again they care about this topic and want to talk about it, but they want some clear-headed thinking and not fuzzy hopes.

Fifth, Christian views of hell are both incomplete and in need of serious examination. The problem for many today can be seen in what Mike Huckabee said about the world’s leading terrorist: “Welcome to hell, bin Laden.” Fair enough, I can’t think of many traditional Christians who think eternity will be paradisal for bin Laden. But then just saying that can both make many feel uncomfortable and ask the question, “Who do you think you are to judge someone?” or, “We really don’t know what he thought in the moments he was dying.” But all of this drives us back to what we think about hell, and what we think about it—and many suppress the thoughts—deserves careful exploration of what the Bible says and what the Church has taught, and we need to do both very carefully and patiently, and we need to present our conclusions both sensitively and faithfully.

Sixth, pressing questions require serious thinking. I said above that Bell’s not a universalist, but I want to nuance this by saying Bell’s prose is not always clear. He thinks he can get off the hook of precise thinking by saying he’s not a theologian but a pastor, and I’ll come right back and say: “You may be, but you wrote about the topic and this topic has generated fierce discussion and fine distinctions for more than 1,700 years. Anyone who enters this discussion needs to know the lay of the land before uttering a published word.” I want to cut to the chase here: universalism and hell are extraordinarily important issues for the Church today, but to write about these topics requires years of Bible study, theological reading and public discussion. Rob Bell’s book left too many questions unanswered about too many topics to carry the discussion forward.
Seventh, missiology remains the center of gospeling in our world. You can talk all you want about eschatology and about atonement theory and about evangelism and about worship, but the moment you cross a line others perceive to be too far in the wrong directions, you will be called out on it. The essential line in Christianity is the Gospel, and all theology is measured by its fidelity to the Gospel or its denial of the Gospel. Why? Because the Church’s message is one about salvation and how we get saved and who gets saved and what one has to do to get saved. The Gospel is more than salvation, but anything that softens salvation or hardens salvation is in for immediate debate. Frankly, Rob Bell’s book called into question the Gospel essence evangelicalism has defended since the Reformation. That is the fundamental reason why this book caused such a storm.

Eighth, low church, non-denominational evangelicalism, of which Rob Bell is an exceptional representative, carries its own dangers. As I was reading Love Wins the first time, one thought kept coming back to me: This book could not have been written by a traditional Presbyterian or Methodist or Lutheran or Southern Baptist … or by anyone who is accountable to a stable and long-standing theological tradition. Rob Bell is a stand-alone pastor, and Mars Hill is a stand-alone church. While it may have some responsibility to its mother church, it is more or less on its own. When pastors are celebrity and charismatic and competent communicators, as Rob Bell clearly is, they can take risks (and I applaud that at times) and they can also easily wander from the great tradition of the Church. This book makes me rethink what mechanisms need to be put in place to manage the potential zaniness that stand-alone pastors in stand-alone churches can produce. Some publishers will put the stop to some ideas, but others won’t. We need to think about this.

The Beauty of Community

Ninth, we are still asking a big question: What is the Gospel? Time and time again Bell mentions the Gospel, and it appears to me that Bell defines the Gospel as God’s utter love for us. How odd, I muse at times, that so many claim “gospel” for what they think but at the same time don’t recognize that the word “gospel” seems to be a contested term and category that demands careful words and definitions. I believe reducing Gospel to God’s utter love for us is inadequate, however true. One group wants to define Gospel through the lens of a kind of Reformed theology, another group wants to define it through the lens of the term “kingdom,” while yet another—Rob Bell included—through the gracious, unstoppable love of God for us. Well, which is it?

Tenth, what is evangelicalism and what is orthodoxy? I heard Rob Bell say in an interview that he is evangelical and orthodox to the bone. What do these terms mean? I have a stake in both terms because I’m a professor and I’ve studied these terms, and think the former refers to a group that emerges from the Reformation through the American revivals and is now connected to the historic reshaping of American religious life in the career of Billy Graham. Essentially, evangelicalism is a movement that believes in the necessity of personal salvation and personal conversion now in order to inherit eternal life after death. Rob Bell, to put it mildly, shows little tolerance for that way of framing salvation and one has to ask what he means by the term “evangelical” and whether he fits the term as defined by the best thinking on this term in our world. And what does “orthodoxy” mean? Ask the best church historians and theologians and they will point you to the classic creeds, from Nicea on, and that means orthodoxy defines and articulates the Trinity. An orthodox person is someone who believes those creedal formulations. But I’m encountering a generation of young thinkers who really don’t care what these terms mean.

What we have learned from the heated debates and conversation about Love Wins should not be ignored. The vitality of our movement and the need for goodwill are at stake in these sorts of debates. When the next controversial book comes out, I hope we pause long enough to read the book, ask the author for clarifications and only then go public with our concerns and criticisms. What we can learn to do is model how to listen, how to disagree and how to express dismay with one another—before the watching world. If we choose to repeat what happened with Love Wins, we will damage the Body of Christ.

Scot McKnight is the Karl A. Olsson Professor in Religious Studies at North Park University and author of One.Life: Jesus Calls, We Follow.